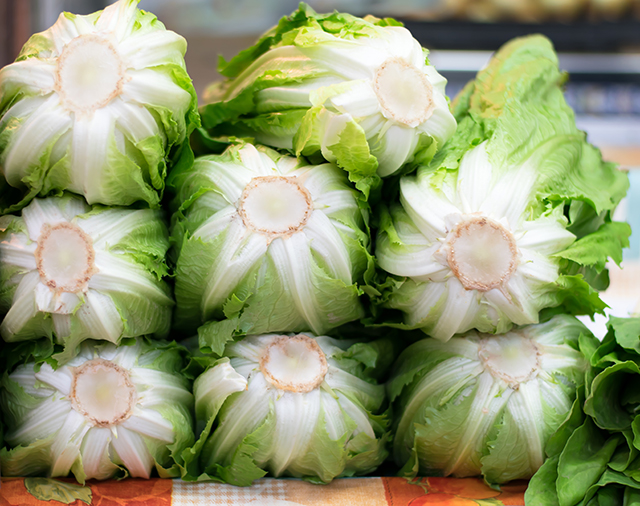 (Natural News) If people continue to refuse the Wuhan coronavirus (Covid-19) “vaccine” needles, then Big Pharma is going to start growing the vaccinations in our food.

The next potential phase of the plandemic involves genetically modifying (GMO) lettuce to grow its own mRNA chemicals right in the leaves. That way, whenever a person eats a salad, he or she will get “vaccinated” without even knowing it.

“Ideally, a single plant would produce enough mRNA to vaccinate a single person,” announced Prof. Juan Pablo Giraldo, who works within the Department of Botany and Plant Science at the University of California, Riverside.

Using a $500,000 grant from the National Science Foundation (NSF), the project involves splicing mRNA gene modifiers into lettuce leaves, which upon consumption deliver those chemicals to human cells much like an injection.

“We are testing this approach with spinach and lettuce and have long-term goals of people growing it in their own gardens,” Giraldo added about the research, which is being conducted in partnership with several other research universities.

“Farmers could also eventually grow entire fields of it.”

If the scheme is a success, then soon people everywhere could be growing their own covid vaccines right in their backyards or greenhouses. Lettuce sold at the grocery store might also become a “drug,” though it is unlikely that it would be labeled as such.

“If this works, it could mean that plants could produce as much mRNA as a traditional vaccine injection,” explains Mac Slavo from SHTFplan.com.

“The real question is whether these plants will be marked as ‘GMO’ because they obviously will be if they contain mRNA, which as we’ve explained is just single-strand DNA and genetic material. Will we even be told we are taking the ‘vaccine’ we don’t want?”

The thing is, everyone who wants to get injected for covid already has. Everyone else is just saying no, and yet the mad scientists want to trick the “unvaccinated” into getting vaccinated through the foods they eat.

By transforming the vaccines into what appears to be “food,” the apparent goal is to make getting vaccinated more appealing to those who are “hesitant.” It might work, but it probably will not because those refusing the jabs tend to be on the smarter end of the spectrum.

Disguising covid vaccines as salad might work on the braindead, but it is unlikely to work on people who have already done their homework and decided that permanently modifying their genome is not for them.

“This is psychotic,” Slavo adds to the conversation.

“Newsflash to the ruling class: Your precious shot has been out for well over 6 months now. The lemmings who want it have gotten it. The harder you push, the quicker this is going to wake up the sleeping masses. And, to make matters worse, they are now admitting that ‘nanotechnology’ will need to be used.”

As if the jabs were not already bad enough, lettuce vaccines aim to trick even more human being into becoming GMO cyborgs. It is like something straight from a sci-fi movie, except it is now happening in real life.

“Our idea is to repurpose naturally occurring nanoparticles, namely plant viruses, for gene delivery to plants,” says Prof. Nicole Steinmetz, a nanoengineering specialist from the University of California San Diego.

“Some engineering goes into this to make the nanoparticles go to the chloroplasts and also to render them non-infectious toward the plants.”

To keep up with the latest mad science coming out of Branch Covidian land, be sure to check out Twisted.news.