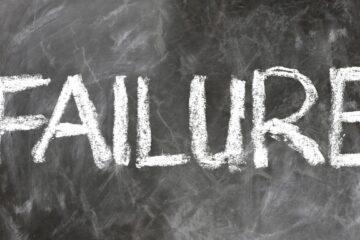 If CNN starts sounding like The Economic Collapse Blog, what does that mean?  Unfortunately, the truth about what is in our immediate future is becoming apparent to everyone.  Global supply chains are in a state of complete and utter chaos, and this is driving up prices and causing widespread shortages all over the country.  Over the past couple of weeks, I have written five articles with either “shortage” or “shortages” in the title, and some have accused me of being a little alarmist.  If that is the case, then CNN is being alarmist too, because one of their top stories today openly warned of a “global transport system collapse”…

In an open letter Wednesday to heads of state attending the United Nations General Assembly, the International Chamber of Shipping (ICS) and other industry groups warned of a “global transport system collapse” if governments do not restore freedom of movement to transport workers and give them priority to receive vaccines recognized by the World Health Organization.

For decades, we have all been able to take our extremely complex supply chains for granted.  Things have always been where they need to be when they needed to be there, and many of us just assumed that it would always be that way.

“All transport sectors are also seeing a shortage of workers, and expect more to leave as a result of the poor treatment millions have faced during the pandemic, putting the supply chain under greater threat,” it added.

Things are particularly bad at our ports.  Right now, there is a backlog of approximately 500,000 shipping containers waiting on ships off the west coast waiting to be unloaded…

As an estimated 500,000 containers are sitting on cargo ships off the Southern California coast, many are wondering how to handle the backlog.

Needless to say, we have never seen anything like this before.

There are over 60 container ships full of import cargo stuck offshore of Los Angeles and Long Beach, but there are more than double that — 154 as of Friday — waiting to load export cargo off Shanghai and Ningbo in China, according to eeSea, a company that analyzes carrier schedules.

The number of container ships anchored off Shanghai and Ningbo has surged over recent weeks. There are now 242 container ships waiting for berths countrywide. Whether it’s due to heavy export volumes, Typhoon Chanthu or COVID, rising congestion in China is yet another wild card for the trans-Pacific trade.

Because of all the chaos, we are being warned that this could be a holiday season like no other…

Retailers are sounding the alarm on the upcoming holiday shopping season due to serious supply chain issues that are slowing shipments of manufactured goods around the world.

Chaos theory in it’s simplest form says if a butterfly flaps its wings in China, it means rain in Central Park. Well, that applies not just to weather, but supply chains as well, and in the Bay Area, it will impact everything from computer parts for your car to the gifts and toys on your holiday shopping list.

If there is something that you really want to get your hands on, you might want to order it now, because it may not be available later.

For example, we just learned that the price of bacon has risen almost 28 percent over the past year…

The average price for that slab of bacon to accompany the Sunday morning spread has jumped nearly 28% during the past 12 months, inflation-adjusted Consumer Price Index data show.

The supply chain issues and inflationary pressures that have become all-too common in these pandemic times certainly have played theirs roles in the pork price hikes, alongside a slew of industry-specific influence.

A lot of people may be forced to stop eating bacon as a result of soaring prices, and from a health perspective that is not a bad thing.

And the price of bacon is going to continue to go higher, because U.S. hog herds are shrinking at a brisk pace…

US hog herds experienced the most significant monthly drop in two decades, according to new data from the USDA. The reason behind the drop is because farmers decreased hog-herd development over the last year due to labor disruptions at slaughterhouses plus high animal feed.

USDA data showed the US hog herd was 3.9% lower in August than a year ago. It was the largest monthly drop since 1999 after analysts only expected a decline of about 1.7%, according to Bloomberg.

Many of you already don’t eat bacon, and so what I just shared may not affect you, but what about a shortage of potatoes?

TRENDING:  UK: Tyrannical Cop Threatens Man In Violation Of Lockdown “Laws” By Making “Something Up” Gets Suspended (Video)

Incredibly, it is being reported that some fast food outlets are now running out of French Fries.  The following comes from Matt Stoller…

My favorite story is quintessentially American, and un-American, at the same time. It’s from a Florida realtor who was in a hurry and stopped at a Burger King for lunch. He saw a sign, “Sorry. No French Fries with any order. We have no potatoes.” At first he thought he was imagining things. What kind of fast food place runs out of fries? Is this, he wondered, a sign of things to come?

It’s a good question. Fast food exists in a land of plenty, of surplus, of mass produced food with a reliable infrastructure of trucks, trains, farms, and distributors. Shortages of everyday goods conflicts not only with most of our lived experiences, but also with our very conception of who we are. There’s a name for this framework, and it’s called affluence.

I really like how Stoller made that last point.

So many of us think that since we are the most prosperous nation on the entire planet that long-term shortages could never happen to us.

But they are happening.

And if you think that what we are experiencing now is bad, just wait until we get a few more years down the road.

From the very top to the very bottom, our entire economic system is being shaken.

If you are expecting our national leaders to come in with some sort of a quick fix to this crisis, you are going to be waiting a really, really long time.

The blind are leading the blind, and the months ahead are going to be very challenging.