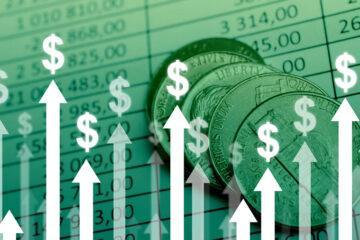 We’ve written on how the dollar has been devalued, the banksters are making out like fat cats at the People’s expense, and how the price of goods continues to go upward. Now, a key metric reveals the corrupt, criminal politicians and others, especially in the Mockingbird media have been lying (not the we’re surprised) about the state of the economy and the rate of inflation.

Brad Polumbo writes about this at Foundation for Economic Education.

Even when factoring out volatile food and energy prices, the PCE still shows a 0.3 percent monthly rise in consumer prices and a 3.6 percent year-over-year increase. That’s the highest on that metric since May 1991!

TRENDING:  Ron Paul: All Wars Paid For Through Debasing the Currency

This all may sound like abstract economic data, but it translates to a real erosion of everyday Americans’ living standards and purchasing power. As economist and FEE fellow Peter Jacobsen has previously explained, rising inflation means “the average consumer making the same salary this year has taken a pay cut when you consider what their paycheck can actually buy.”

Even the Federal Reserve is starting to acknowledge, much belatedly, that these persistent levels of inflation are not just a “temporary” problem.

“It’s also frustrating to see the bottlenecks and supply chain problems not getting better — in fact at the margins apparently getting a little bit worse,” Fed Chair Jerome Powell said earlier this week. “We see that continuing into next year probably, and holding up inflation longer than we had thought.”

“It’s very difficult to say how big those effects will be in the meantime or how long they will last,” he added.

Of course, Powell and his colleagues at the Federal Reserve have every incentive to downplay the inflation problem hurting Americans. After all, it is, in part, driven by the Fed’s own policy decisions.

As Jacobsen noted when the concerning inflation metrics first arose in May 2021, the Fed has created trillions of new dollars out of thin air during the pandemic to date. The natural consequence of this money-supply expansion, he explains, is that “If more dollars chase the exact same goods, prices will rise.”

But even the Fed’s preferred inflation metric, the PCE, is now recording the highest levels of consumer price increases measured in 30 years. This problem is becoming impossible for even the most obstinate observers to deny. And until policymakers change course, American families will continue to pay the price.

TRENDING:  Corporations Are Defaulting On Their Debts Like It’s 2008 All Over Again

If you have not been preparing, you cannot afford to wait any longer. Prepare as best you can now! It’s about to get really, really bad.