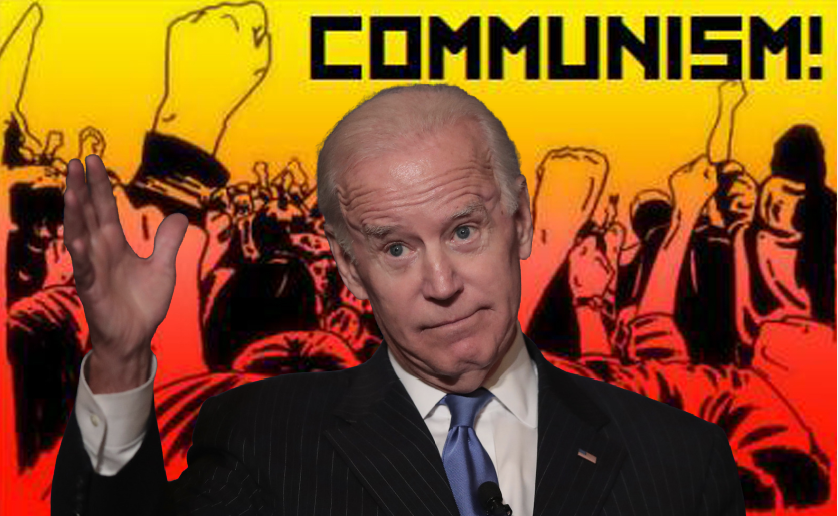 You can”t make this stuff up. Worse, it’s almost impossible to keep up with the coup.

Quick note: Tech giants are shutting us down. You know this. Twitter, LinkedIn, Google Adsense, Pinterest permanently banned us. Facebook, Google search et al have shadow-banned, suspended and deleted us from your news feeds. They are disappearing us. But we are here. We will not waver. We will not tire. We will not falter, and we will not fail. Freedom will prevail.

Subscribe to Geller Report newsletter here — it’s free and it’s critical NOW when informed decision making and opinion is essential to America’s survival. Share our posts on your social channels and with your email contacts. Fight the great fight.

Remember, YOU make the work possible. If you can, please contribute to Geller Report.

By: The Conservative View

Omarova graduated from the Soviet Union’s Moscow State University in 1989 on the Lenin Personal Academic Scholarship, according to the Wall Street Journal. As recently as 2019, she was still praising the USSR’s economic system as in some ways superior to our own. “Say what you will about old USSR, there was no gender pay gap there. Market doesn’t always ‘know best.’”

As a matter of fact, I will say what I will about the old USSR.

Teachers there were paid the same as doctors — because medicine was considered “women’s work” and both were paid crap numbers of worthless rubles. Sexism and central mismanagement, all in one murderously totalitarian package.

There’s a reason the USSR is defunct and the U.S. isn’t — at least until Omarova gets her way.

Omarova’s goal is the eventual elimination of private banking and the establishment of the Federal Reserve as the nation’s only bank.

In her own words:

“The core idea here is simply to allow all U.S. citizens and lawful residents, local governments, non-banking firms and non-business entities to open transactional accounts directly with the Federal Reserve, thus bypassing private depository institutions,” she wrote. “In this sense, it is a variation on the familiar FedAccounts — or FedCoin, ‘digital dollar wallets,’ etc. — theme. In principle, FedAccounts can be made available as an alternative to bank deposit accounts, upon a person’s request.”

Omarova herself wrote that her proposal is “deliberately radical in scope and substance.”

Indeed. Or as Kristin Tate wrote for The Hill on Wednesday:

Taken to its extreme, this would mean that the Federal Reserve, acting on behalf of Washington, could become the only place citizens could deposit their money. Such a massive transformation would be accomplished by replacing consumer deposits into a new digital dollar, held by the Fed.

Nationalized banking with, if I’m reading this correctly, nothing but a centrally controlled digital currency for legal tender — what could go wrong?

The top Republican on the House Financial Services Committee, Patrick McHenry, said of her last week:

I am concerned Professor Omarova will prioritize a progressive social agenda over the core mission of the OCC — supervising and managing risk in our financial system. Our financial regulators must focus on pro-growth policies that foster innovation to build a robust and inclusive economic recovery, rather than Democrats’ obsession with vague social objectives.

True, although I wonder what’s so “vague” about Omarova’s objectives.

Nominating Omarova to serve as Comptroller of the Currency, as Biden has done, is worse than putting the inmates in charge of the asylum. It’s more like putting a convicted arsonist in charge of the Forest Service.

There’s just no making up anything so absurd, and in Biden’s America, you don’t have to.