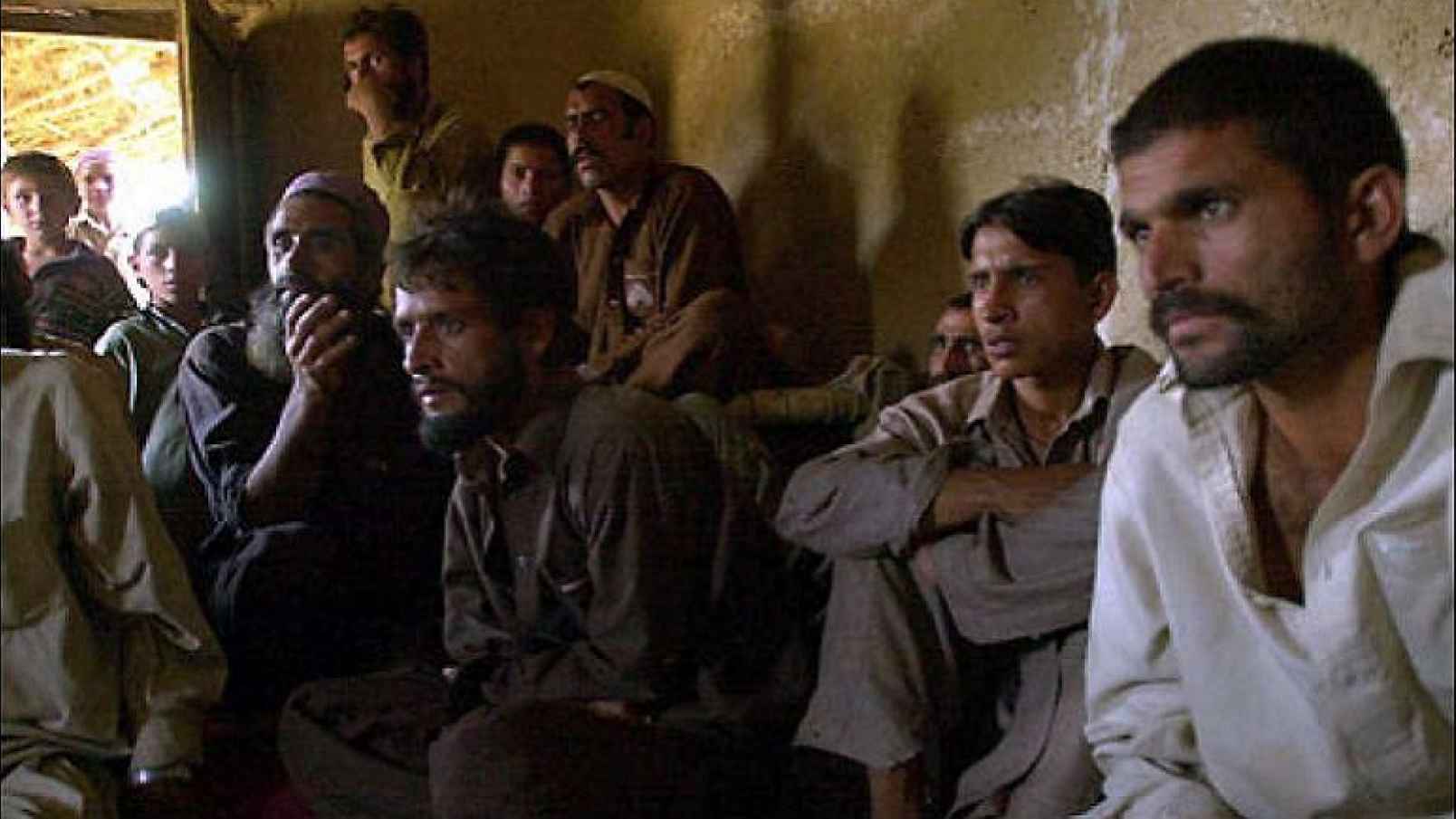 They didn’t leave Afghanistan very long ago, and so it is understandable that some of the newly arrived Afghan evacuees would be acting as if they were still there. But some recent incidents once again spotlight the fact that to bring in large numbers of people with a radically different culture and sharply divergent standards of behavior is unwise, and is only going to mean strife in America’s future.

El Paso’s KFOX14 reported Friday that “officials with Fort Bliss said a female soldier was assaulted by a group of Afghan refugees who are being housed at the Doña Ana Complex in New Mexico.” Officials at Fort Bliss issued a statement saying the usual blather: “We can confirm a female service member supporting Operation Allies Welcome reported being assaulted on Sept. 19 by a small group of male evacuees at the Doña Ana Complex in New Mexico. We take the allegation seriously and appropriately referred the matter to the Federal Bureau of Investigation. The safety and well-being of our service members, as well as all of those on our installations, is paramount. We immediately provided appropriate care, counseling and support to the service member. Task Force-Bliss is also implementing additional security measures to include increased health and safety patrols, additional lighting, and enforcement of the buddy system at the Dona Ana Complex. We will cooperate fully with the FBI and will continue to ensure the service member reporting this assault is fully supported.”

Great. But health and safety patrols might not be all that is necessary. What may be needed is a thoroughgoing evaluation of the values, attitudes, and assumptions of the Afghan refugees. That is clear from another recent incident in Fort McCoy, Wisconsin, involving two other Afghans, Bahrullah Noori and Mohammad Haroon Imaad.

The Justice Department said nothing about how both men, as well as the fellow at Fort Bliss, were just following religious and cultural norms that other Afghan refugees are likely to follow as well, or about the implications of that fact for the entire Afghan refugee resettlement project.

Noori’s victims, according to the indictment, “had not attained the age of 16 years and were at least four years younger than the defendant,” who is 20. No one in the establishment media will dare to talk about it, but the fact is that in the culture in which Noori was raised, an unmarried girl who is 16 is getting a bit long in the tooth.

And it’s not just Afghanistan: child marriage has abundant attestation in Islamic tradition and law. Turkey’s directorate of religious affairs (Diyanet) said in January 2018 that under Islamic law, girls as young as nine can marry. Ishaq Akintola, professor of Islamic Eschatology and Director of Muslim Rights Concern, Nigeria, said in 2016: “Islam has no age barrier in marriage and Muslims have no apology for those who refuse to accept this.” Dr. Abd Al-Hamid Al-‘Ubeidi, Iraqi expert on Islamic law, said in 2008: “There is no minimum marriage age for either men or women in Islamic law. The law in many countries permits girls to marry only from the age of 18. This is arbitrary legislation, not Islamic law.”

Dr. Salih bin Fawzan, prominent cleric and member of Saudi Arabia’s highest religious council, declared in 2014 that there is no minimum age for marriage in Islamic law at all, and that girls can be married “even if they are in the cradle.” Pakistan’s Council of Islamic Ideology has ruled that “Islam does not forbid marriage of young children.”

These authorities say these things because hadiths that Muslims consider authentic record that Muhammad’s favorite wife, Aisha, was six when Muhammad wedded her and nine when he consummated the marriage: “The Prophet wrote the (marriage contract) with Aisha while she was six years old and consummated his marriage with her while she was nine years old and she remained with him for nine years (i.e. till his death)” (Bukhari 7.62.88).

Marrying young girls was not all that unusual for its time, but because in Islam Muhammad is the supreme example of conduct (cf. Qur’an 33:21), he is considered exemplary in this unto today.

And regarding spousal abuse, the Qur’an teaches that men are superior to women and should beat those from whom they “fear disobedience”: “Men have authority over women because Allah has made the one superior to the other, and because they spend their wealth to maintain them. Good women are obedient. They guard their unseen parts because Allah has guarded them. As for those from whom you fear disobedience, admonish them and send them to beds apart and beat them.” (4:34)

Muhammad’s child bride, Aisha, says in a hadith that Muhammad “struck me on the chest which caused me pain, and then said: ‘Did you think that Allah and His Apostle would deal unjustly with you?’” (Sahih Muslim 2127) Another hadith states: “Rifa`a divorced his wife whereupon AbdurRahman bin Az-Zubair Al-Qurazi married her. Aisha said that the lady (came), wearing a green veil (and complained to her (Aisha) of her husband and showed her a green spot on her skin caused by beating). It was the habit of ladies to support each other, so when Allah’s Messenger came, Aisha said, ‘I have not seen any woman suffering as much as the believing women. Look! Her skin is greener than her clothes!’” (Sahih Bukhari 7.77.5825)

In light of all this, no one should be surprised that these three evacuees, fresh from Afghanistan’s deeply Islamic culture, should be caught in America behaving like Afghans. The larger question is whether it is wise to endanger women and girls by bringing into the country large numbers of people among whom is an unknowable number who think the same way that Bahrullah Noori, Mohammad Haroon Imaad, and their countryman at Fort Bliss do. But that question will, of course, not be asked. To ask it would be “Islamophobic.”

Robert Spencer is the director of Jihad Watch and a Shillman Fellow at the David Horowitz Freedom Center. He is author of 23 books including many bestsellers, such as The Politically Incorrect Guide to Islam (and the Crusades), The Truth About Muhammad and The History of Jihad. His latest book is The Critical Qur’an. Follow him on Twitter here. Like him on Facebook here.