When you go to the CDC’s website charting daily vaccinations, it has “total doses administered” selected by default, which shows a significant jump occurred in the 7 days between Sept 26 to Oct 2. 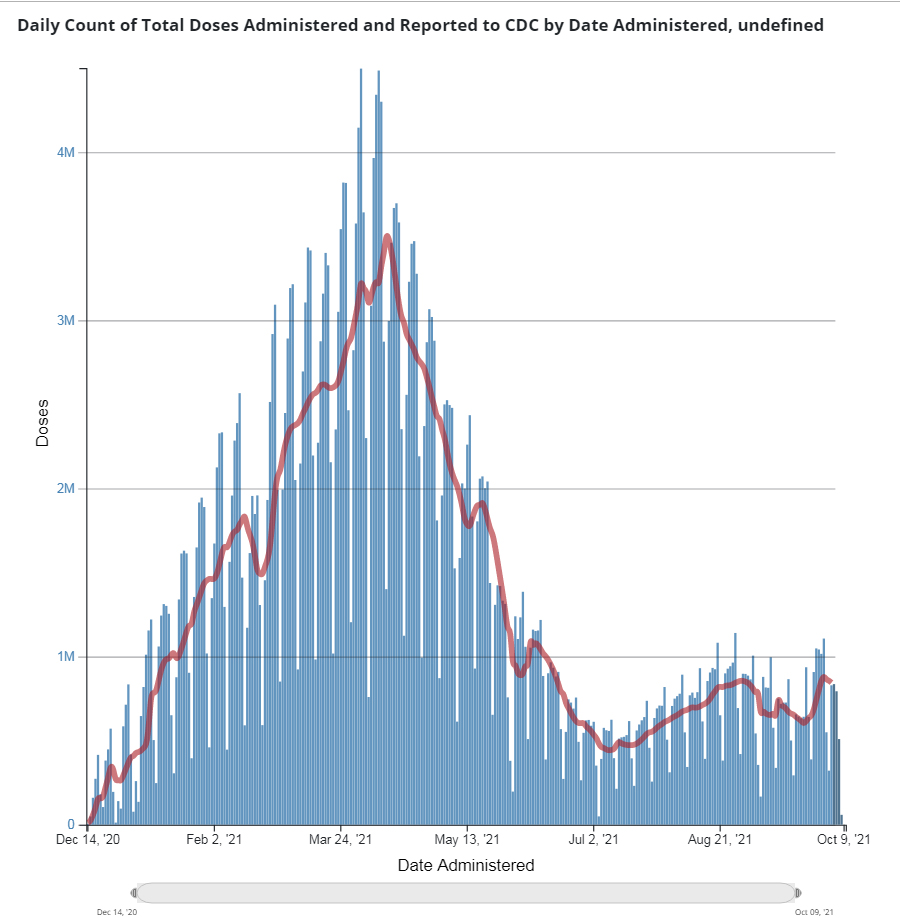 This number includes boosters, which actually now make up the majority of shots being administered. 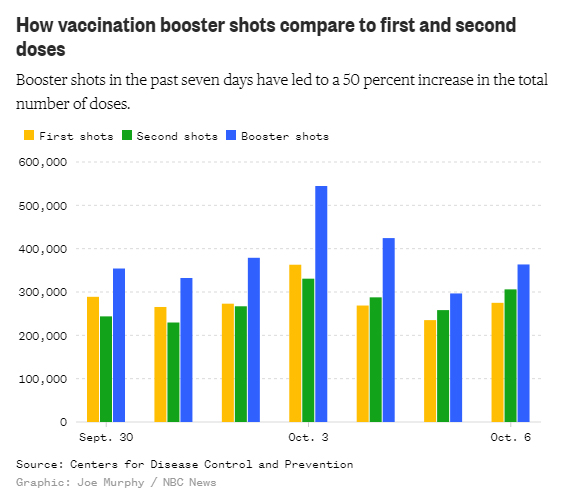 The CDC’s chart showing people receiving their first dose has been trending down over the past three weeks since Biden’s mandates were announced and only saw a modest jump last week despite wildly disproportionate threats. 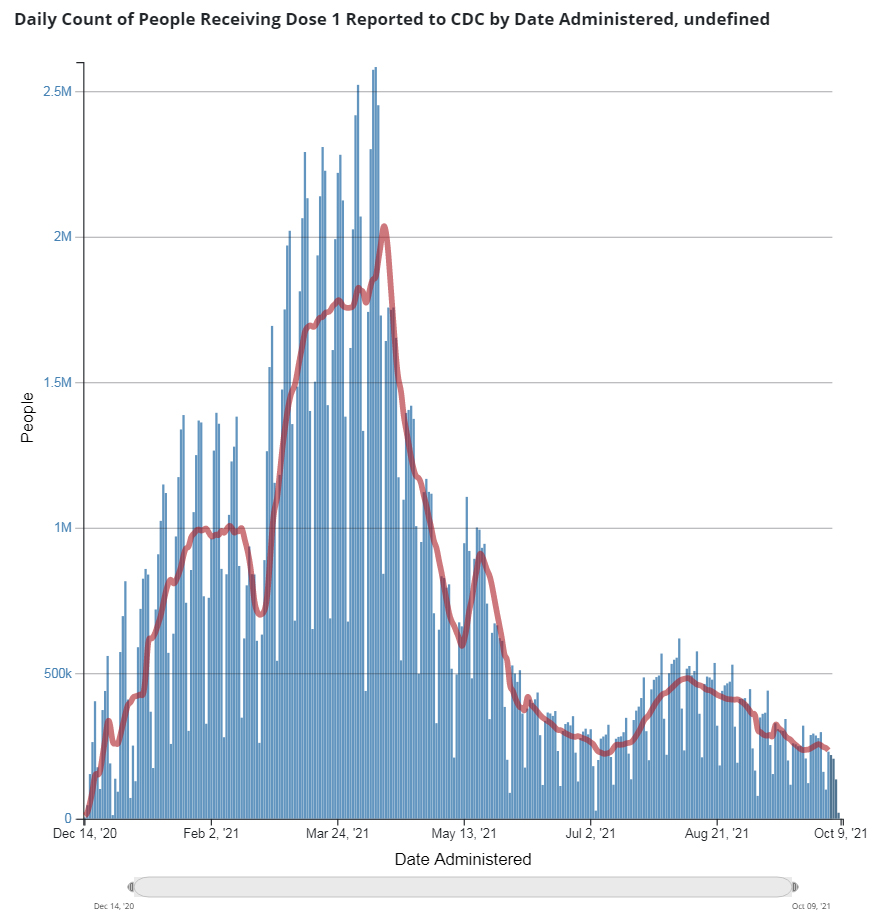 Tens of millions of Americans are still refusing to take these shots and are refusing to be intimidated by the regime’s threats!