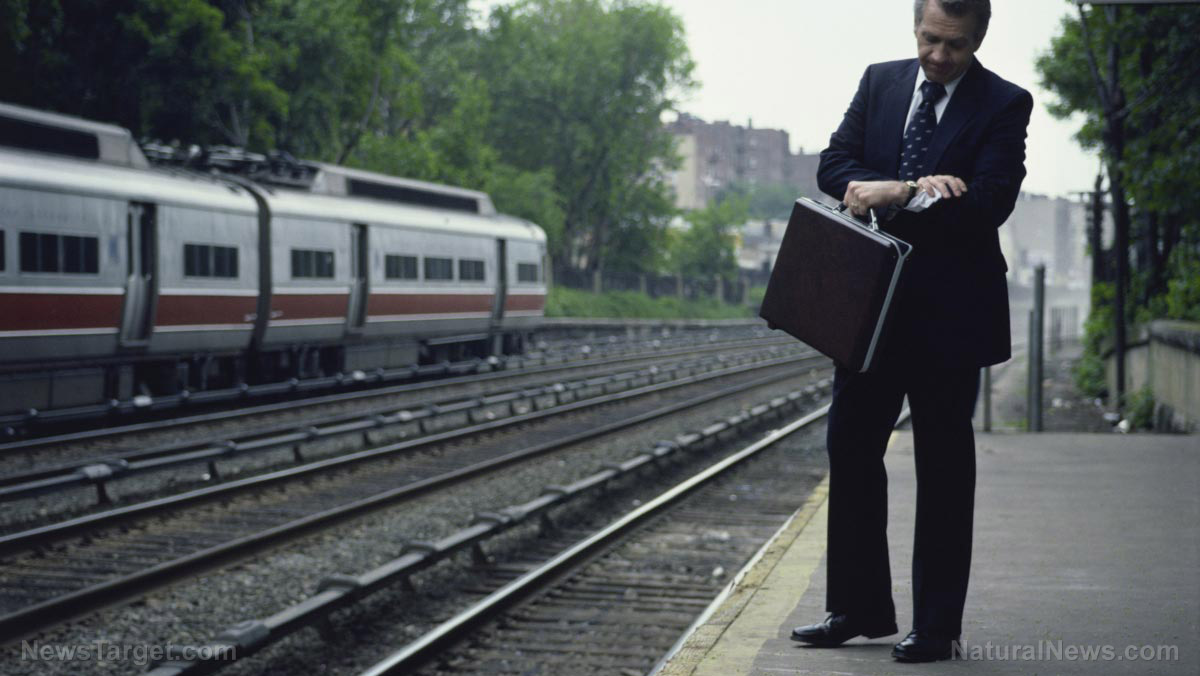 (Natural News) After announcing that nearly all of its 18,000 employees will need to be “fully vaccinated” for the Wuhan coronavirus (Covid-19) by November 22, Amtrak incurred a “sickout” much like the one that Southwest Airlines currently faces.

Amtrak employees who do not want to permanently alter their DNA with experimental gene therapy walked off the job, reports indicate, leaving nobody to man the trains and get them from point A to point B.

In a tweet, Amtrak explained that at least two trains scheduled to leave on October 10 had to be canceled “due to unforeseen crew issues.” The company promised that “alternate transportation” would be provided to stranded passengers.

It is rumored that this latest sickout is part of a larger nationwide protest started by Air Traffic Controllers and Southwest Airlines. The next company expected to join them is American Airlines.

“Let the statists run their own country,” tweeted author Jim Hanson, along with the hashtag #GoingGalt, which is a reference to Ayn Rand and the idea that one does not need to justify his life or wealth to his neighbors, “society,” bureaucrats or politicians.

“Oh that’s right … They can’t,” Hanson added about how the Branch Covidians staging all this tyrannical nonsense will soon have nobody left to run the things that generate their ill-gotten profit.

“Airlines and Amtrak pushing back against unconstitutional and unethical mandates,” tweeted entrepreneur Oliver Cantin. “YOU LOVE TO SEE IT!”

In case you missed the Southwest story, which is still ongoing, the company has had to cancel nearly 2,000 flights and counting over the past several days because pilots and other crew members refuse to be forcibly injected for the Fauci Flu.

The mainstream media is largely obfuscating the truth about the situation, blaming “bad weather” and “fog,” but most people who are paying attention know the truth. There are still some Americans out there with self-respect and dignity who are not about to be injected against their will just to receive a paycheck.

This kind of bravery is rare, to be fair, but it is being demonstrated on a large scale and is rapidly picking up steam. Others are being inspired to do the same, and the goal is to dismantle the systemic fascism that has embedded itself in American society under the guise of fighting a “pandemic.”

In the case of Southwest, the company’s CEO, Gary Kelly, is full-on lying about why he is trying to force his employees to take the shots. Kelly claims that a “federal government COVID-19 vaccination directive” is forcing him to mandate the injections, even though such a directive does not actually exist.

Even if it did exist, it would not be constitutionally valid or enforceable. But the fact of the matter is that it does not exist, and Kelly is simply lying, as are many others who seem to get a thrill out of tyrannizing others with pharmaceutical bioweapons.

If this continues to catch on, the expectation is that truck drivers, port workers, and others who keep this country and its economy going will also walk off the job. That is when things will really start hitting the fan as suddenly there is no more food at the grocery store and no beer at the local pub.

“We need a nationwide labor strike,” wrote one commenter at Citizen Free Press. “Every employee in every industry needs to walk out until we say otherwise.”

“Stopping the economy is how it’s done,” emphasized another.

The latest news about the breakdown of society due to Branch Covidian fascism can be found at Fascism.news.