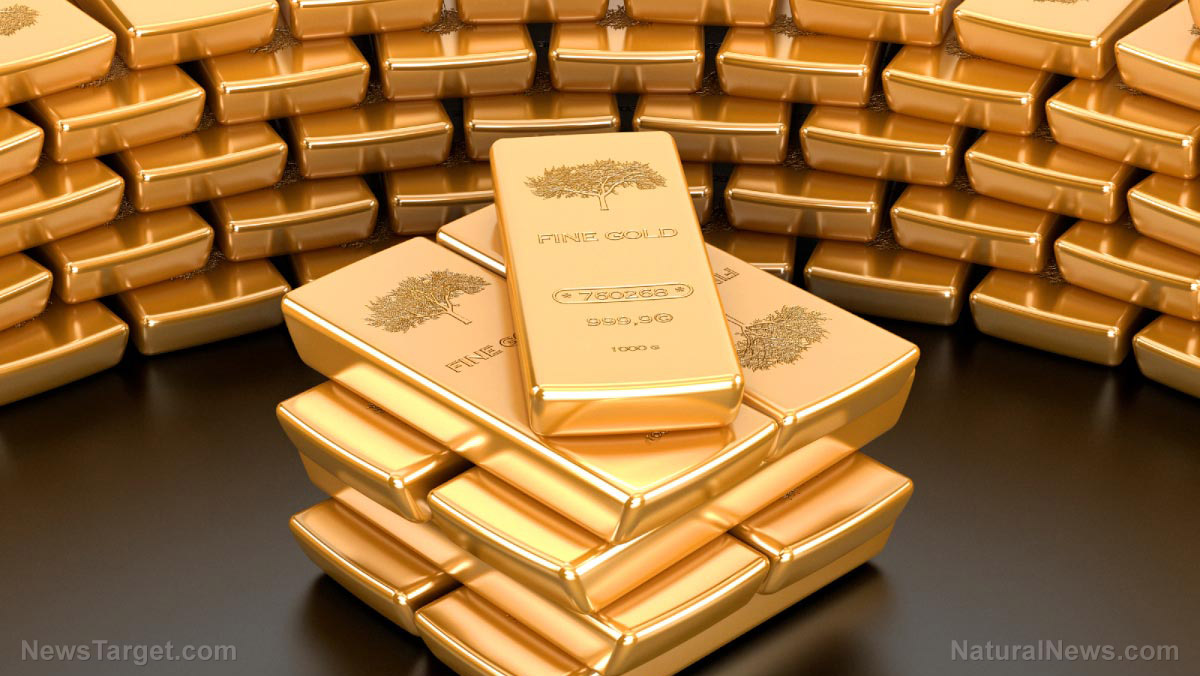 (Natural News) Market experts have predicted that gold prices will hit the $3,000 mark within a few months. The prediction comes as prices of gold remain stable while prices of other metals soar to highest levels in years. With the projected price hike, gold is set to be impacted by inflationary pressure.

Bloomberg reports that two mining bigwigs – former Goldcorp CEOs David Garofalo and Rob McEwen – are responsible for this prediction. Garofalo, who now heads Gold Royalty Corp., said that the metal could hit $3,000 an ounce from its current price of about $1,800.

“I’m talking about months. The reaction tends to be immediate and violent when it does happen. That’s why I’m quite confident that gold will achieve $3,000 an ounce in months, not years,” said Garofalo.

Garofalo’s prediction of gold prices hitting $3,000 per ounce appears to be a conservative estimate. McEwen said that gold prices could even hit $5,000 per ounce – almost twice of Garofalo’s forecast – in the long term. While gold executives often have a bullish outlook on the metal, they do not often predict a steep rise within a short period of time.

McEwen noted that the global monetary and debt expansion undertaken to cope with the pandemic, alongside secondary drivers linked to the supply chain disruptions, will have people turning back to traditional wealth-protecting methods. He said: “It’s not just the dollar. All currencies are buying less than what they were buying a year ago. So I look at that as an unprecedented development, at least in our lives, that is going to affect the value of fiat currencies around the world.”

According to Garofalo, gold’s universality and 4,000-year-old history put it in a better position than cryptocurrencies. The metal is a more suitable option as a hedge against an inflationary environment that “will have deep and meaningful impacts on capital,” he said. (Related: Ethereum co-founder Vitalik Buterin: Cryptocurrency not ideal for long-term investment.)

Stock market pundit Peter Schiff agreed with this sentiment, adding that gold is a better investment than high-risk bonds such as U.S. Treasuries. He said that most investors regard Treasury bonds as a safe haven, adding that investors move into bonds when they are in a risk-off mood.

However, Schiff pointed out that Treasury bonds lose their safe-haven status in an inflationary environment. “Inflation erodes away the purchasing power of all bonds,” he said.

Despite this, investors continue to treat gold and bonds as the same – and even lump them together. Schiff explained the difference between the two when it comes to their risks during inflationary periods.

“[Bonds] are not the same as gold. They’re different [because] gold has a real value – [it] is not a piece of paper. Gold is a hedge against inflation because it is an actual commodity whose prices rise as a result of inflation – alongside other commodities that also see higher prices in an inflationary environment,” he said.

Schiff also commented on the role of the Federal Reserve in combating inflation. He noted that traders still expect the central bank to tighten monetary policy – raising interest rates in turn. “Oil prices are rising as a result of inflation, [and] gold should also be. It should not be falling because investors expect the Fed to fight inflation.”

“If the Fed could fight inflation, they would be fighting it right now. The reason they’re not fighting it … [and] pretending that it’s not a problem, and so there’s no need to fight it, is because they can’t. But they’re never going to admit that [because it] would be a complete disaster,” Schiff added.

MarketCrash.news has more articles about the prices of gold and other metals spiking amid inflation.