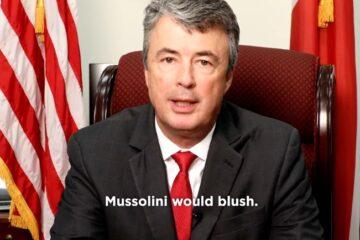 “The strategy he announced-and the rhetoric he used to announce it-was more befitting of a tyrant than a president.” -Attorney general Steve Marshall

It is an important responsibility when it comes to what we do here at The Sons of Liberty. Day after day, I am in the Word of God, feeding on the bread of life (John 6:51) in hopes of always being led by the Spirit of God in showing us things to come (Romans 8:14). Spiritually navigating through the times in which we live in, I hope to change our current state.

I highlighted the similarities between the past and the present when it came to the characteristics and attributes of these devils.

With this, I began to see the same cycle with each and every one of them (John 8:44), as they put themselves in the place of God in hopes that people would follow them (Isaiah 14:13; Acts 12:22) and, in many cases, the people did follow them and that to their own demise (Isaiah 30).

If only they would have taken heed to the warnings which the Lord had given through the prophets (Deuteronomy 6:12-13).

As it is in the past, so it is in the present: If we should wickedly depart from the living God by not learning from world history, then so we the people will fall to the curse rather than to His blessings (Jeremiah 17:5). This is the path America is now on and must fast get off (Psalm 119:75).

TRENDING:  Arizona Ranchers To Nancy Pelosi: “Come Down Here And See Where The Bad Guys Are Coming Through The Border”

We all know that treasonous and disgraceful Joe Biden (Luke 22:48; Article III, Section 3 U. S. Constitution) has called forth unlawful and unconstitutional mandates which are being resisted and defied at every given turn in America. This is what is defined as tyranny.

This has become so obvious that the attorney general from Alabama has called him out for his tyrannies by equating Joe Biden to Benito Mussolini.

Without further ado…. Here is the video.