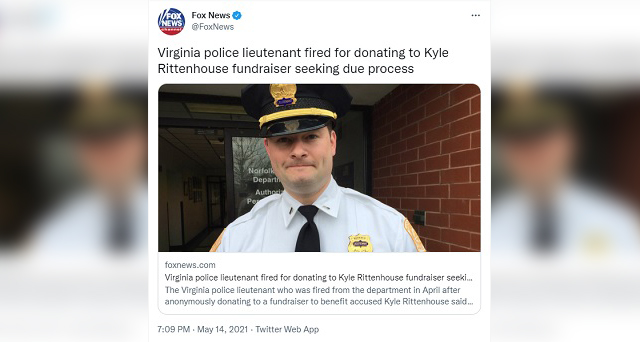 Keep in mind as you watch the Rittenhouse show trial that the media smeared Kyle as a “terrorist,” Big Tech shut down his GoFundMe legal defense fund and censored people en masse for defending him, and journos doxed donors to his GiveSendGo and got them fired from their jobs.

The journos got their doxes as a result of GiveSendGo being hacked.

The regime’s witch hunt appears to be running into trouble but you never know how today’s juries will rule.

The prosecutor’s fundamental argument is that self-defense is illegal:

The judge is doing a decent job (these two videos were not in front of the jury):

A Fox News reporter said some of the jurors started tuning out mid trial:

Rittenhouse never should have been charged and yet he’s being dragged through the mud and put through hell for purely political reasons.

Black Lives Matter burned down multiple cities and caused some $2 billion or more in damages and were rewarded for it with over $10.7 billion in donations and pledges from Corporate America but Kyle Rittenhouse couldn’t even have a GoFundMe for his legal defense!

Let’s pray that Rittenhouse gets off and sues the hell out of the media and Big Tech for viciously slandering him!