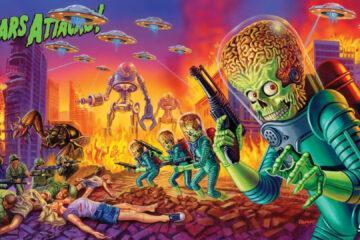 The Covid-19 pandemic has shown that the government and mainstream media can work together to produce effective persuasive messaging. Millions of Americans, acting with a misguided sense of trust, followed the advice of mainstream news personalities and allowed the fear of Covid-19 to control their behavior. Without doing any thorough research of their own, Americans wore facemasks everywhere they went, allowed themselves to be separated from their families, and tolerated the government locking them in their homes while destroying their livelihoods. Despite the abundance of contradictions concerning the Covid-19 narrative, people are still wearing masks and complying with unconstitutional vaccine mandates. Is there something more to this than the story of a deadly virus? Is it possible that this was an exercise in control and compliance meant to refine how effectively a persuasive message could be delivered to the public? While there are certainly other objectives, such as conditioning us for the acceptance of The Great Reset, there is little doubt that much of what is understood about human behavior, and our responses to persuasion, was applied and built upon during this manufactured crisis.

B. F. Skinner wrote that the understanding of man’s behavior would naturally lead to the possibility of greater social control and the restoration of order in human affairs. He believed that the chaotic nature of the world in which we currently live is due to our failure to reject the ideas of human freedom and adopt a scientific view of man. “Science,” writes Skinner, “is a search for order, uniformities, and lawful relations among the events in nature.” Developing a behavioral-based science would enable the scientist and government to control behavior more effectively. While there is a great deal of controversy when it comes to a behavioral science, Skinner notes that there are several social controls in place that, in certain ways, already keep us in line. Wages, grades, and laws are good examples. These are all forms of social control, which according to Skinner’s reasoning, justifies the attempts to pursue more refined methods. Some of the less obvious forms of control, though not necessarily less effective, come by the way of “entertainers, writers, advertisers, and propagandists.” These forms, Skinner argues, “are more than sufficient to permit us to extend the results of a laboratory science to the interpretation of human behavior in daily affairs—for either theoretical or practical purposes.”

While millions of Americans mindlessly complied with Covid-19 directives, others saw the entire narrative for what it was–propaganda. According to an article entitled Propaganda Studies in American Social Science: The Rise and Fall of the Critical Paradigm, propaganda permeated the American consciousness in the early years of WWI when people realized many of the pro-war publications they were reading originated in London and were rife with a British bias. This was a key period in the development of opinion manipulation as a form of thought control because Americans were learning their opinions about the war, (pre-American involvement) were not exclusively due to their own objective thought processes, but a deliberate campaign waged by the British to form their opinions in a pro-British manner. By the early 1920s, according to Sproule, knowledge of manipulating opinion through news media and advertising was being applied in the academic fields of social and political theory. John Dewey wrote in his article The New Paternalism, that control of propaganda and news media equated to control of the government. “Democracies,” argued Dewey, “are controlled through their opinions, that opinions are formed by the material upon which they feed, and that propaganda disguised as the distribution of news is the cheapest and most effective way of developing the required tone of public sentiment.” Dewy is suggesting that the news media be used as a means of not informing public opinion but shaping it. According to the book Media Effects: Advances in Theory and Research, one of the primary objectives of news reporting is to overcome the psychological barriers which prevent the change of attitudes and opinions. John Dewey concludes The New Paternalism by arguing that men cannot be trusted to think for themselves and that news agencies should be used to develop thinking which is better for men and the societies in which they live.

TRENDING:  As Trump Tells Supporters To “Get Shots,” Doctors Warn About Lawbreaking & Adverse Effects
take our poll - story continues below
Completing this poll grants you access to DC Clothesline updates free of charge. You may opt out at anytime. You also agree to this site's Privacy Policy and Terms of Use.

According to Sproule, a new methodology, aside from analyzing propaganda, was developing between the early 1920s and thirties to better control social influences. Social scientists saw communications research, and more specifically, the methods of persuasion, as a more effective way to pinpoint exactly which parts of a message were producing changes in attitudes. This is the time when persuasion took on the aurora of a truly scientific endeavor because it possessed “greater methodological sophistication,” while proving to have useful applications for policymakers. The 1930s saw communications research “increase in experimental studies of persuasion and in the application of survey audience research.” Studies into persuasion were increasingly being done from the perspective of the message producer, according to Sproule, and the effects a single message had on the recipients. Governments and private grantors, such as the Rockefeller Foundation, were funding studies into the methods of persuasion. Rockefeller funding paved the way for something called the Princeton Radio Project, which was headed up by Hadley Cantril. The purpose of the project, according to Sproule, “was to reveal practical information about listeners that could be used for purposes of programming and for justifications of current patterns of ownership.”

Hadley Cantril’s association with the Rockefeller Foundation is significant because he, along with others in the Princeton Project, authored the book Invasion from Mars: A Study of the Psychology of Panic. This book was written in response to the American public’s reaction to Orson Welles’ radio broadcast, The War of the Worlds. Millions of Americans responded to that infamous play as if they believed America was being invaded by Martians. The book was a statistical analysis of which messages prompted this reaction and why. Cantril stated that this study may lay the groundwork for future studies of panic because it was an opportunity to study mass public hysteria in real-time under conditions that could not be artificially replicated.

“Such rare occurrences provide opportunities for social scientists to study mass behavior. They must be exploited when they come. Although the social scientist, unfortunately, cannot usually predict such situations and have his tools of investigation ready to analyze the phenomenon while it is still on the wing, he can begin his work before the effects of the crisis are over and memories are blurred. The situation created by the broadcast was one that shows us how the common man reacts in a time of stress and strain. It gives us insights into his intelligence, his anxieties, anti his needs, which we could never get by tests or strictly experimental studies. The panic situation we have investigated had all the flavor of everyday life and, at the same time, provided a semi-experimental condition for research. In spite of the unique conditions giving rise to this particular panic, the writer has attempted to indicate throughout the study the pattern of the circumstances which, from a psychological point of view, might make this the prototype of any panic.”

TRENDING:  When Things Fall Apart: A Graduation Message for a Dark Age

This broadcast occurred in 1938, right at the time persuasion research was leaning towards the statistical analysis of message effectiveness. The study covered everything from educational levels, age, critical abilities to evaluate information, susceptibility to persuasion, and characteristics of individual belief pertaining to culture, society, and religion. The results of each category are beyond the scope of this article; however, it can be noted that one of the key findings is that people who panicked did so because they had an inherent trust in media figures or those who were seen as experts. If the information learned from this study was to lay the groundwork for future studies into panic and human reaction to a fear-based stimulus, it is safe to assume that they had a fairly good idea of how the public would react to Covid-19.  They knew for example, that many people simply lack the ability to process information effectively. This is something also noted in the book Media Effects: Advances in Theory and Research. Using the elaboration likelihood model of persuasion researchers find that with most people all that is needed to motivate a behavioral or attitude change is a simple “cue to action” which prompts them to behave in the desired manner.

Skinner said that lesser-known forms of social control, like media and propaganda, are sufficient to extend to the laboratory of scientific endeavors for the purpose of learning to better control human affairs. The science of persuasive communications and the human response to media-fed messages has been refined over the last one hundred years. There is little doubt that the findings from studies like the one done by Cantril are being applied and built upon by today’s social scientists, opinion makers, and government agencies. Persuasive messaging has reached new dynamics, and the development of fear-based messages, refined to the point of being able to target certain demographics based on what is known about their beliefs, both culturally and individually. The Covid-19 pandemic has provided the opportunity to not only apply what is known about persuasive communications and human behavior but to build upon the effectiveness of tailoring messages designed to manipulate certain behaviors. Millions of Americans responded to simple campaigns like “slow the spread” by wearing a facemask despite there being no evidence it did anything at all. It is the response to the message which they take note of. The only way to stop this is to change the way we respond to these messages. The only way to do that is to educate ourselves in their sciences of control.

Devising an effective fear appeal is to some extent, an art, but it is an art that requires a scientist’s appreciation of the intricacies of human behavior. (Dynamics of Persuasion: Communication and Attitudes in the 21st Century.)

To learn more about this topic check out my book Without a Shot Indeed: Inducing Compliance to Tyranny Through Conditioning and Persuasion.