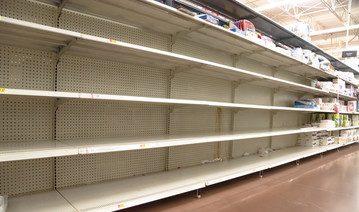 The supply chain is irrevocably destroyed and there is no intention for it to be repaired. Considering this is by design, and it could be seen coming a mile away, those who planned it will not be fixing it. So we need to be aware of it.

We knew back in May of 2020 that the largest terrorist organization on the planet, the United States government, was going to attempt to dramatically limit the supply of food:

Hopefully, people took the time back then to get several months of storable food and water, just in case, because it looks like we were right on that one. It sure looks like the attempt will be to starve people out in order to get them injected. You will get rations if you take a certain experimental gene therapy shot. If you don’t want their shot, you’ll need to be self-sufficient and work with others who are in the same boat as you are.

This article by Ready Nutrition is great for those who may just want to avoid the stores and the inflation this Thanksgiving. These 7 Thanksgiving foods can most likely be made from your preparedness pantry:

The advice provided in our first article still stands. Stock up on nutrient-dense foods that will last. Beans, peanut butter, coconut oil, canned vegetables (either the ones you canned yourself or buy in bulk). Most of the readers of this website are well prepared when it comes to food, however, so next, we need to prepare mentally.

There is no end in sight and even the mainstream media is warning the public of this disaster.  What’s coming into next year could be even worse than what we see right now in the grocery stores too.

But get this, they are now telling us that consumer “demand” is the problem. Even though people are leaving their jobs and we are facing a labor shortage (all be design, once again) and hyperinflation that will eventually impoverish most (all by design) the “experts” are saying that the global supply chain shortages may take until 2022 or 2023 to even out unless Americans stop buying so much, the Associated Press reported.

Even amid the COVID-19 pandemic, consumer demand has been bolstered by factors like stimulus cash and thriving stock markets, spurring shortages in the U.S. and much of the world. Those things also helped cause inflation.  It won’t be too much longer before the pain in our wallets hits. Prices are going up quickly and noticeably. So even if it’s all the fault of the consumer, eventually, we will have to cut back or be priced out of eating.

Spending is expected to start slowing when inflation begins to push certain goods outside the threshold of American budgets. Boosted by food, gasoline, and housing purchases, consumer prices have jumped 6.2 percent in the past year and pushed inflation to its highest pace since 1990, according to the AP. –Newsweek

Continue to stay prepared. Things are cheaper now than they ever will be again until we finally break free from the slave system.