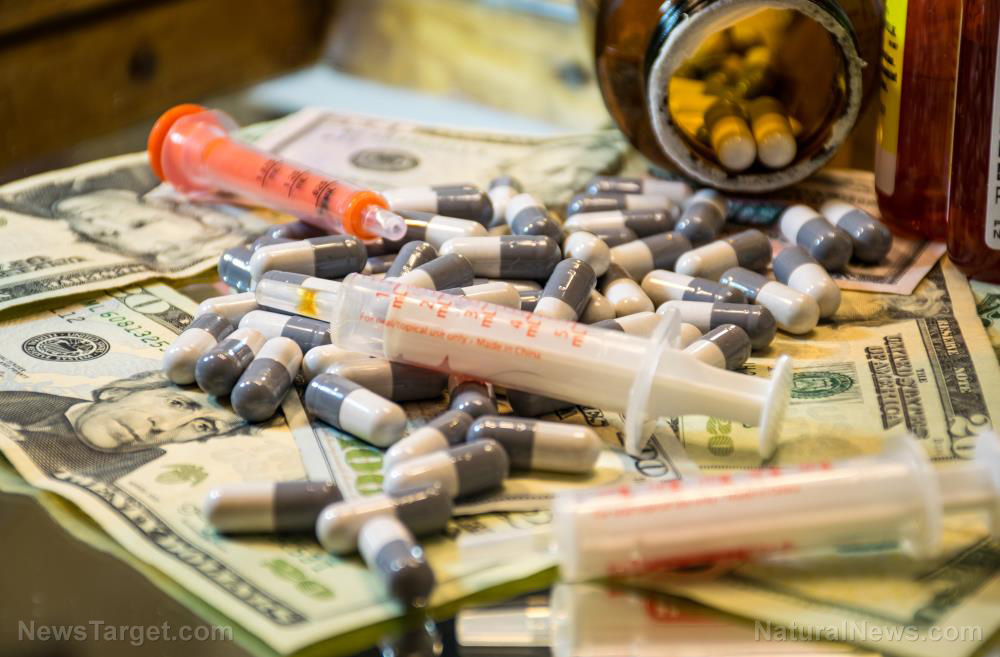 (Natural News) Every second, drug giants Pfizer, BioNTech and Moderna rake in $1,000 from the sale and administration of Wuhan coronavirus (Covid-19) “vaccines.”

This amounts to $65,000 in profits per minute for each of these Big Pharma players, all thanks to “Operation Warp Speed,” which was started by Donald “father of the vaccine” Trump in 2020 before the baton was passed to fake “president” Joe Biden in 2021.

Most of these profits are coming from “rich” countries like the United States, Canada, Israel and the gamut of Western European nations. Soon, these profits will expand even more once the shots arrive in the third world. (RELATED: Moderna never produced a single medicine prior to its mRNA injection, and exists solely as a pump-and-dump scam that generates profit for the rich.)

The People’s Vaccine Alliance (PVA), a coalition pushing for wider access to these injections, estimates that this trio of vaccine corporations will make pre-tax profits of $34 billion this year. This amounts to a whopping $93.5 million per day.

“It is obscene that just a few companies are making millions of dollars in profit every single hour, while just two percent of people in low-income countries have been fully vaccinated against coronavirus,” complained Maaza Seyoum of the African Alliance and PVA.

Pfizer, BioNTech, Moderna all subsidized by taxpayers to the tune of more than $8 billion

PVA is apparently not so much concerned about the obscene profits being made by these three companies, but rather that these profits are not even higher than they currently are due to a lack of access in “low-income” parts of the world.

“Pfizer, BioNTech and Moderna have used their monopolies to prioritise the most profitable contracts with the richest governments, leaving low-income countries out in the cold,” Seyoum is further quoted as saying.

AstraZeneca and Johnson & Johnson (J&J), meanwhile, are reportedly providing their injections on “a not-for-profit basis,” reports claim. However, this is soon to change once the plandemic is considered to be “over.”

Keep in mind that all three of these companies are heavily subsidized with American tax dollars. More than $8 billion was sent their way by government officials, and now all three companies continue to pile in the loot from their profit-generating scam.

Meanwhile, not a single one of these three companies is agreeing to transfer their injection technology to producers in low- and middle-income countries, “a move that could increase global supply, drive down prices and save millions of lives,” according to PVA.

“In Moderna’s case, this is despite explicit pressure from the White House and requests from the WHO that the company collaborate in and help accelerate its plan to replicate the Moderna vaccine for wider production at its mRNA hub in South Africa,” the group further says.

Pfizer CEO Albert Bourla, who says that anyone who criticized his company’s “vaccine” should be jailed, claims that transferring Pfizer’s covid jab technology to poorer countries is “dangerous nonsense.”

This criminal billionaire pig would rather continue feeding his endless greed while taking advantage of the public, which appears to be the only way he knows how to live his pathetic life.

PVA’s 80 members include the African Alliance, Global Justice Now, Oxfam and UNAIDS. All of them are calling for pharmaceutical corporations to immediately suspend all intellectual property rights for their covid injections and make them “open source” for the rest of the world to use.

“More than 100 nations, including the United States, back that move, but it is being blocked by rich countries including the UK and Germany,” MedicalXpress reported.

The latest news about the Wuhan coronavirus (Covid-19) “vaccine” racket can be found at Fascism.news.