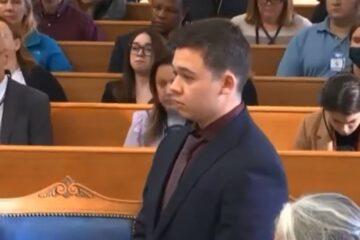 As it should be! In spite of all the threats from lawless individuals to burn and destroy property, Kyle Rittenhouse was acquitted of all charges on Friday after he plead self-defense in several shootings that took place in Kenosha, Wisconsin.

Rittenhouse, 18, cried and hugged one of his attorneys upon hearing the verdict.

He had been charged with homicide, attempted homicide and reckless endangering after killing two men and wounding a third with an AR-style semi-automatic rifle during a tumultuous night of protests over police violence against Black people in the summer of 2020. The former police youth cadet is white, as were those he shot.

The jury, which appeared to be overwhelmingly white, deliberated for close to 3 1/2 days.

Rittenhouse could have gotten life in prison if found guilty on the most serious charge, first-degree intentional homicide, or what some other states call first-degree murder.

As the verdict drew near, Gov. Tony Evers pleaded for calm and said 500 National Guard members would be ready for duty in Kenosha if needed.

Rittenhouse was 17 when he went from his home in Antioch, Illinois, to Kenosha after businesses in the city were ransacked and burned over the shooting of a Black man, Jacob Blake, by a white police officer.

Carrying a weapon that authorities said was illegally purchased for the underage Rittenhouse, he joined other armed citizens in what he said was an effort to protect property and provide medical aid.

Several people took to social media to praise the fact that justice prevailed.

Clearly, Rittenhouse was emotional, and who wouldn’t be after this attack on him. Well done, young man! Well done, jury!