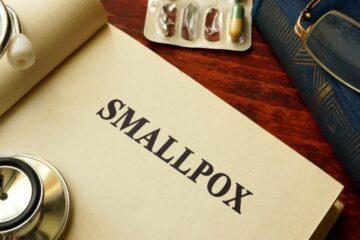 On November 16, 2021, it was reported that 15 vials of smallpox (variola) were found at Merck’s North Wales, PA laboratory in a freezer. While many people are panicking about smallpox being used as a bioweapon to unleash on Americans, as Bill Gates suggested just a couple weeks ago, the real question is – were there really vials found, or is this to invoke panic, siphon off another slush fund, and potentially prep for a future false flag event as another cover story to build the human enslavement system the globalists so desire?

Whether this is an impending false flag or a future event they wish to roll out, the timeline below paints a very interesting picture, especially the fact that the FDA just approved the first antiviral treatment for smallpox on June 4, 2021, and continues to add the smallpox vaccine to its Strategic National Stockpile. Furthermore, this isn’t the first time that smallpox vials were allegedly found outside of the CDC. It supposedly happened in 2014, when they found 6 vials in a cardboard box, stuffed away in a cold storage room at NIH. Have these labs been experimenting with it, or were vials really found in these locations?

There are allegedly only two locations in the world who house the smallpox virus, one being the CDC and the other is Russia’s State Research Center of Virology and Biotechnology, also known as the Vector Institute, located near Novosibirsk in Siberia.

The Center for Strategic and International Studies (CSIS), Johns Hopkins Center for Civilian Biodefense Studies, Analytic Services, Inc. (ANSER) designed and initiated an exercise with former senior officials to respond to a bioterrorist smallpox attack on US citizens, and General Dennis Reimer of the Memorial Institute for the Prevention of Terrorism (MIPT) funded “Dark Winter.”

September 4, 2007
The FDA Licensed Sanofi Pastuer Biologics Co.’S ACAM2000 Smallpox Vaccine. It Is The Only Vaccine Licensed By The FDA For Immunization Against Smallpox

“Until ACAM2000 was licensed, Dryvax, manufactured by Wyeth Laboratories, Inc., was the only vaccine licensed by FDA. Routine vaccination of the American public was stopped in 1972 after the disease was eradicated from the United States. However, smallpox has the potential to be deliberately used as a weapon by terrorists. A large proportion of the population has no immunity and fatality rates could be higher than 25% if smallpox were to be released as a bioterrorist weapon.

Both vaccines are derived from the New York City Board of Health strain of vaccinia, but Dryvax was grown on the skin of calves and then essentially freeze-dried for storage. It was licensed by FDA in 1931 but is no longer manufactured. ACAM2000, a “second generation” smallpox vaccine, is derived from a clone of Dryvax, purified, and produced using modern cell culture technology.

The manufacturer has stated that the vaccine won’t be available to the public commercially, meaning it can’t be obtained from a doctor’s office. It has been purchased by the federal government for inclusion within the country’s Strategic National Stockpile, for distribution by the Department of Health and Human Services, in case it is ever needed.

A study published on September 15, 2021 show the rates of myopericarditis, cardiovascular, and neurological adverse events among U.S. Military service members.

July 1, 2014
6 Vials Of Smallpox Were Found In A Cardboard Box In A Cold Storage Room At NIH

There were a total of 327 vials found, of which 6 were smallpox. In a 2016 report by the FDA, this is what happened to those vials:

Upon discovery, the 327 vials were transferred to the NIH’s Select Agent Program Responsible Official (RO). The RO secured the materials in a CDC registered select agent laboratory on the NIH campus in Bethesda, MD. The NIH RO then immediately notified the Federal Bureau of Investigation (FBI) and the CDC’s Division of Select Agents and Toxins (DSAT) program of the discovery. The six vials labeled Variola (four vials labeled Variola and two vials labeled Alastrim, Variola minor), one vial labeled as RSSE (Russian spring-summer encephalitis virus), and nine other vials that could not be positively identified by their labels, were transferred to CDC on July 7, 2014, for evaluation. These vials were later destroyed at CDC, under the observation of WHO officials, on February 24, 2015. Of the remaining 311 vials, 32 vials were destroyed on the NIH campus on July 9, 2014. The remaining 279 vials were transferred to the National Biodefense Analysis & Countermeasures Center and either eventually destroyed (163 vials) or retained for research (116 vials) (see Table 1 for a description of the disposition of all 327 vials).

In 2014, Bill Gates funded Durham-based Chimerix’s drug brincidofovir to allegedly treat Ebola. The trial was funded by the Wellcome Trust and led by Oxford University, and the FDA authorized the study. Brincidofovir was later branded as Tembexa, as the first antiviral drug used to treat smallpox, approved by the FDA in June 2021 (see below).

Emergent will go down in history for the devastation caused by their BioThrax vaccine used in the mandatory anthrax immunization program for military personnel that left as many as 300,000 soldiers injured, in one of the biggest cover-ups, until Covid. Perhaps this is one reason why so many are reluctant to get the Covid-19 jab, since Emergent has their hands in that as well.

Emergent went on to help both Astrazeneca and Johnson & Johnson with productions of their Covid-19 jabs. They contaminated 15 million doses of the J&J jabs that resulted in the end of their manufacturing deal with the Biden administration, but Emergent continued to produce the jabs under a separate contract with J&J.

As with most big pharma companies, the top two shareholders of Emergent BioSolutions is Vanguard and BlackRock. Corey’s Digs has reported on both BlackRock and the financial takeover and its CEO Larry Fink.

September 16, 2019
The Russian Lab That Is Only One Of Two Labs In The World Known To Store Live Samples Of The Variola Virus Which Causes Smallpox, Had An Explosion

According to the World Health Organization, the explosion did not occur near the smallpox or other virus stockpiles, but it drew concern about keeping the smallpox virus around.

March 11, 2021
Merck Secured Over $300 Million From The Biden Administration And Gates Foundation

Biden announced a government deal to secure 100 million doses of Johnson & Johnson Covid jab. The week prior, Merck had teamed up with Johnson & Johnson to help produce all of the jabs at Merck’s two plants in NC and PA. The government gave $105.4 million to “convert, upgrade and equip Merck facilities,” with a total amount of $268.8 million, procured through the Defense Production Act.

That same month, Merck received over $45 million from the Bill & Melinda Gates Foundation to allegedly develop an oral once-monthly pill for HIV prevention.

The alleged 6 vials of smallpox later showed up at Merck’s North Wales, PA facility on November 16, 2021.

Tembexa received priority review and fast track to expedite it. Smallpox was eradicated in 1980 and the US hasn’t had an outbreak since 1947, but they are concerned about its use as a “bioweapon.” This is the same company and drug that Bill Gates and the Wellcome Trust funded back in 2014.

Here is Chimerix’s press release and breakdown of Tembexa.

November 9, 2021
Bill Gates Warned Governments Of A Smallpox Terror Attack While Requesting Tens Of Billions For Research And Development

The billionaire is requesting at least a billion a year to have a pandemic task force that can play ‘germ games’ to strategize for bioterrorism attacks, such as smallpox in airports. This would certainly add to his already extensive portfolio of slush funds.

Just like clockwork, only seven days later, 15 vials of smallpox magically appeared inside a freezer at Merck’s Upper Gwenydd facility in North Wales, PA. Were they “discovered” by a lab worker, or were they always there, or were they never really there to begin with?

Based on this article by CNN, with a scary 1-1/2 min video on how deadly smallpox is, along with a “related article” link announcing the FDA’s approval of the first drug to treat smallpox, the timing of everything feels a bit too coordinated.

The fact that every media outlet is covering this story means that they are trying to stoke fear. This isn’t the kind of story they would allow to get out, unless they wanted to push a narrative.

So The Question Remains…

Are they setting the stage for a false flag event in order to further scare the population into submission and need for jabs and vaccine ID passports? Will this be a cover story for potential future deaths of individuals who suffered adverse events from the experimental Covid jab? Do they really intend to release smallpox into the population? It would certainly be a way to get people to line up for the ACAM2000 or their new Tembexa drug, while possibly incorporating the Covid jab into the appointment at the same time. If they were to pull something like this off, it would likely be an isolated area, targeting a small group of people – just enough to scare the rest of the country and install new mandates – much like what was done with the measles “epidemic” in 2018-2019, which coincidentally Merck was the exclusive MMR vaccine provider of. Some will argue that they want mass depopulation, and though that may be the case, history has shown they tend to tackle this in bite-site pieces, while capitalizing on the damage.

Everyone can agree that they are most certainly up to something. The timeline shows planning, fear tactics, narrative control, incoming slush funds, partnerships and money exchanging hands, and a desired outcome of which will likely present itself in the near future. They will continue to intimidate in order to build their human enslavement system – don’t be intimidated, just be aware.

The fact that U.S. citizens are financing a bioweapons infrastructure with our tax dollars – a system that is rife with corruption, holds little value over human life, and has proven to be completely untrustworthy and unscientific – should give everyone pause to consider how to stop the illegal and criminal expenditures of our tax dollars.

This report was sponsored by The Solari Report.

Top 8 things MOST WANTED by the demon-infested humanoids that walk among us
August 8th, 2022 DC Dirty Laundry

III% Alert: We WILL Fight and I WILL Lead — NO MORE EXCUSES AMERICA!!!
August 8th, 2022 DC Clothesline

Top 8 things MOST WANTED by the demon-infested humanoids that walk...

SHOCK DISCOVERY: Any time a woman has sex with a man,...