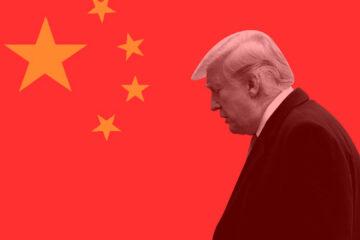 Irony of ironies… Yes, there is a connection to Wuhan, China to former President Donald Trump.  Trump’s new social media platform titled “Truth Social” (sort of reminiscent of Pravda, don’t you think?) is backed by a venture capitalist that operates a Special Purpose Acquisition Company (SPAC) based in Wuhan, China.

As US president, Trump bashed China for its trade practices and blamed the Chinese government for the coronavirus pandemic, which originated in Wuhan. Trump’s rhetoric at the end of his presidency was so threatening, that the top US military general, Mark Milley called his counterpart to calm Chinese fears.

“No matter your politics this stock will rip … I’ll start my pick up at a meager 100 shares and then add to my position on dips,” a Reddit message board user wrote.

SPACs accounted for half of the newly listed public companies in the US in 2020 and, in the first quarter of 2021, there were 295 new SPACs formed raising a record $96bn, according to the Harvard Business Review.

Saying he was creating the site “to stand up to the tyranny of big tech”, Trump announced on October 20 that Truth Social, which has yet to launch, would be opened to invited guests in November and all users in early 2022.

China is the entity that Trump declared was the problem for the united States, but he’s getting the  funds to push his social media platform out from China, and on top of that straight out of Wuhan?  Give me a break!  You can’t make this stuff up!

Additionally, Big Tech has been in bed with China to censor the population of China from vital information.

So, who is the mystery man behind the money for Trump’s social media platform?  Glad you asked.

From a WeWork office in Miami, an obscure financier by the name of Patrick Orlando has become an unlikely power behind what is, for a meme-stock minute, the ultimate MAGA stock: the nascent media company of former President Donald J. Trump.

Orlando’s firm is set to be the money behind Trump Media and Technology Group, the former president’s attempt to fight back against Big Tech. Trump says he plans to start with a social network called Truth Social but has broader ambitions to create a conglomerate — with news, streaming and technology businesses to compete with CNN and Disney+.

The deal brings together an unlikely cast of characters.

Most recently he’s embraced blank check companies. Orlando is also the chief executive officer of Yunhong International, a SPAC incorporated in the Cayman Islands and whose offices are in Wuhan, China. Yunhong raised $60 million last year and was meant to merge with battery manufacturer Giga Carbon Neutrality, but the deal was scrapped in September.

Orlando didn’t reply to calls and an email asking for comment.

Saba, run by Boaz Weinstein, said his investment firm sold its unrestricted holdings in Digital World in the first hours of trading on Thursday for a small profit.

“Many investors are grappling with hard questions about how to incorporate their values into their work. For us, this was not a close call,” Weinstein said. He added in the statement, which the New York Times earlier reported, that Saba has invested in more than 400 SPACs.

Unlike most SPACs it doesn’t have PIPE investors, or private investment in public equity. They buttress SPAC mergers by helping enable a deal to go through even when early investors decide to redeem their shares.

I am certainly one for innovation and the ability to shut down censorship, it’s why I’m on a number of social media platforms, including GAB, USA.Life and Minds, which is run on blockchain technology.

However, does anyone else find this little partnership merely coincidental?  I sure don’t, especially after Trump was allowed into the Forbidden City in China.  Personally, I had signed up to be notified when it was live in order to use the platform, not because I support Donald Trump.  However, considering 5G technology was rolled out at the same time in Wuhan that people started dropping dead from the alleged coronavirus and that 5G weaponry has been released all over the world during the past 2 years, I think I’ll just stay off of it.

For more on this, check out this report.