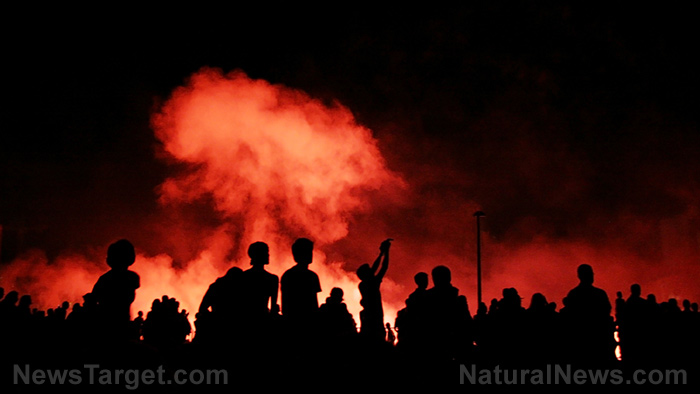 (Natural News) Ten people died and hundreds were injured at the Astroworld Concert featuring rapper Travis Scott, who is now being sued for $2 billion in damages for keeping the show going through all of this. People were passing out and falling to the ground, but Travis Scott, watching this from the stage, just kept on performing, as if it were planned or expected. At least 300 of the victims combined into a massive lawsuit against Scott and Astroworld, plus there’s a $750 million class-action lawsuit now pending.

Apple Music, Epic Records and Live Nation may get dragged into the abyss as they are also named in the festival complaint. More than 100 other concert attendees are said to be filing more lawsuits in combination.

Concertgoers were trampled to death and suffocated by surging crowd panic

Injuries from the show include heart attacks, internal organ injuries, internal bleeding, broken bones, spinal injuries and brain injuries. People were literally stepping on and over dead bodies to try to escape the mayhem. The show kept playing in “demonic” ways, as many attendees describe the chaotic, deadly scene.

People said there was nowhere to move, or run, or to get fresh air. They said they could not breathe or get out. They were trapped, suffocating, passing out, getting trampled and dying, and the show just kept on going, going. You couldn’t even see it was so dark. It was described on Twitter by several attendees as a living hell.

A nine year old girl died who lost consciousness at the concert. She got trampled and suffocated. Seven others died at the show. Others hung on for a few days in ICU, but then died. People who did escape with their lives were warning people outside that the show was demonic.

Bodies were piling up with people passing out and dying, but the Astroworld demon show raged on

As people were turning black and blue, managers tried to administer CPR during the panic around them. People were screaming for help, yelling at the singer to stop, but he ignored them, later claiming he would have stopped if he knew anything was wrong, but he was looking directly at the crowd the whole time.

Video footage captured and blasted all over social media (until they start censoring it) shows people fainting at the event as Scott continues to sing — the demon-summoning show must go on!

Management is catching the blame for a complete and utter disregard for human life, having no emergency contingency plan in place. Some exits were even said to have been blocked or barricaded. Security responses to fatalities and emergencies were scattered and far between. Astroworld organizers are in a heap of trouble.

Demon worshipping at an all-time high in America

With the ‘Demoncrats’ running (ruining) the country, promoting Leftist riots in every major city, it’s no wonder more people aren’t dying from demon shows, sacrifices and forced abortions for rituals. The borders are open for human trafficking, and illegal immigrant children are suddenly disappearing. The Demons in Washington DC like the mayhem.

It will be surprising if anyone injured or killed at the Astroworld demon dance will win in court, especially if the crazy Lefty judges (Obama appointees) support BLM and Antifa. Beware of any “satanic” style events (think Lady Gaga and Jay Z here) that draw these kind of people, as there’s no telling what could go wrong. There’s an old saying that goes, “You get what you go in for,” and maybe that’s what is really going on here.