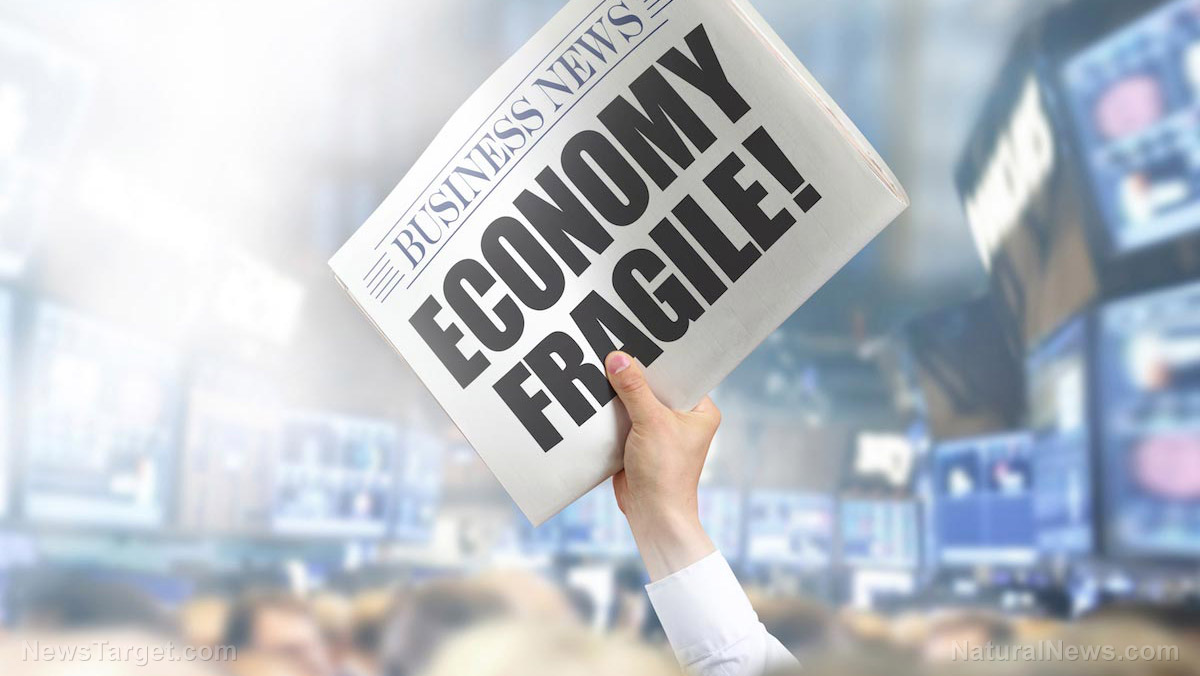 (Natural News) The Federal Reserve found in a survey that companies believe supply chain bottleneck issues and low worker retention rates are some of the main causes of the inflation crisis in the United States. The survey was conducted by the Fed’s 12 regional banks.

Still, the businesses surveyed believe that there is a chance the economy can grow at a modest-to-moderate pace.

The survey report noted that some price pressures had begun to ease due to the rise in availability of certain products, notably steel products and semiconductors. This is leading to speculation that the global semiconductor shortage, which has affected multiple industries from electronics to motor vehicles, might come to an end soon.

Potential economic recovery will be hampered by inflation crisis

The small chance the economy has at fully recovering will be greatly diminished if the problems presented by the supply chain bottlenecks and labor shortages do not get resolved immediately. These issues have led to rapid inflation, making it more difficult for businesses to stay afloat.

“There were wide-ranging input cost increases stemming from strong demand for raw materials, logistical challenges and labor market tightness,” said the Fed’s report on the survey.

While most businesses that the Fed surveyed reported positive outlooks for near-term economic activity, some of the central bank’s districts noted increased uncertainty and more cautious optimism than in previous months.

The inflation crisis has accelerated in the past few months. Jerome Powell, chairman of the Fed, has recently told lawmakers that the risks of higher inflation have “moved up,” and that the Fed might respond by speeding up the reduction in its monthly bond purchases to combat rising consumer prices.

“At this point, the economy is very strong, and inflationary pressures are high,” said Powell. “It is therefore appropriate in my view to consider wrapping up the taper of our asset purchases, which we actually announced at our November meeting, perhaps a few months sooner.” (Related: Federal Reserve expected to raise interest rates earlier than expected due to rapid inflation.)

The Fed has been buying $120 billion in Treasury bonds and mortgage-backed securities since the spring of 2020. It began trimming down these purchases by $15 billion in November.

The Fed is expected to sell off another $15 billion worth of asset purchases this December. But Powell’s recent comments before Congress suggest that the central bank may make larger monthly reductions in the future so that the bond purchases can be ended earlier than the expected end-date of June 2022.

Such a move would clear the way for the Fed to raise its benchmark interest rate, which was reduced to a record low of zero percent to 0.25 percent in early 2020.

Inflation continues to run at more than twice the Fed’s flexible target of two percent annually. Powell testified that it is unlikely to start easing until the second half of 2022 unless something is done immediately to resolve the root causes of the inflation crisis.

For now, the Fed’s survey found that businesses were able to pass on higher operating costs to their customers with little resistance. But many businesses in certain sectors of the economy are finding it difficult to continue raising prices.

Fed still trying to argue that inflation is temporary

During Powell’s testimony before Congress, the Fed chairman said nobody is sure whether the inflation crisis is only temporary. “The point is, we can’t act as if we’re sure of that,” he said. “We’re not at all sure of that. Inflation has been more persistent and higher than we’ve expected.”

But Powell later insisted that he expects inflation to ease as the supply-and-demand imbalances caused by Wuhan coronavirus (COVID-19) pandemic lockdowns disappear.

Addressing supply chain bottlenecks and labor shortages is important, but the Republicans present during Powell’s testimony pointed out that the Democratic administration’s reckless spending is also likely causing the inflation crisis.

Some of the Republicans pointed specifically to an administration plan to spend upwards of $2 trillion on social welfare and the environment.

Secretary of the Treasury Janet Yellen tried to argue that the massive spending programs will not affect inflation because the $2 trillion is designed to be spent over the next decade, rather than all at once.

She added that some of the spending programs could improve the economy and contribute to lowering inflation. As an example, she argued that increasing spending on child care programs could make it easier for mothers to go back to work. This would theoretically improve the labor shortage.

Yellen noted that some of the administration’s previous spending programs, such as the $1.9 trillion financial relief package approved last March, contributed to the economy by “putting money in people’s pockets.”

But Republican Rep. Patrick McHenry of North Carolina pointed out that there is no way this reckless spending won’t make the inflation crisis worse.

“It is the multiple trillions of dollars that this Congress and this administration is spending that is putting jet fuel on the fires of this economy,” said McHenry.

Learn more about how the government can make the inflation crisis even worse through massive spending by reading the latest articles at Bubble.news.