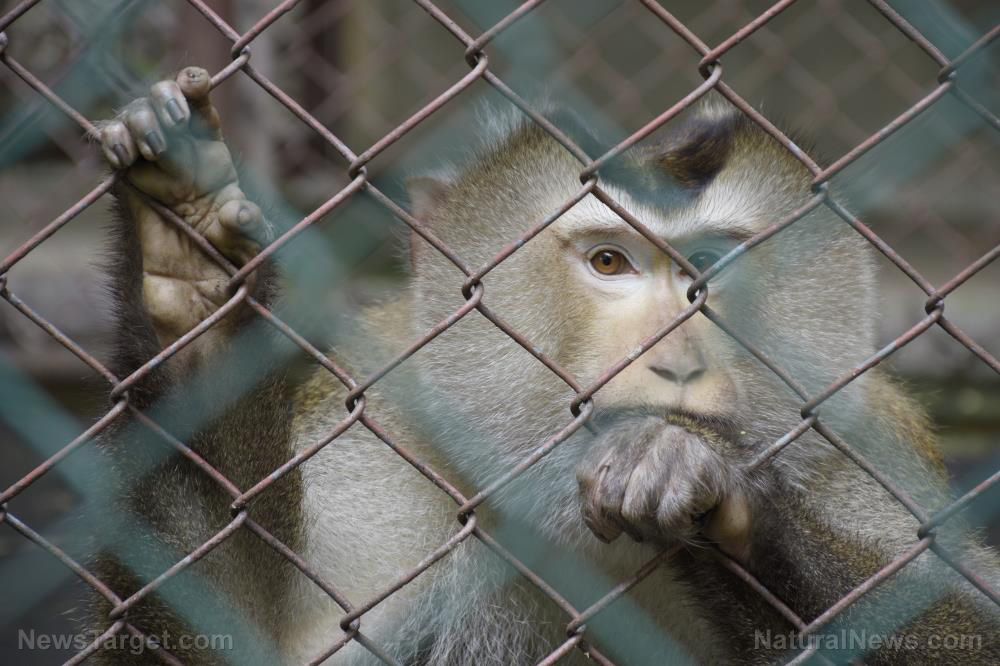 (Natural News) Government “doctor” Tony Fauci has once again been exposed for torturing and murdering innocent animals as part of his mad scientist experiments.

New documents obtained via a Freedom of Information Act (FOIA) request brought to light a “secret island of monkeys” operation being run by Fauci for the purpose of disease research.

Morgan Island, S.C., is one of the locales where Fauci sends American taxpayer dollars to scientists who conduct “excruciating experiments” on rhesus monkeys.

“The monkeys originating from Morgan Island off the coast of Beaufort in South Carolina are acquired and owned by NIAID (National Institute of Allergy and Infectious Diseases),” reported Great Game India.

It was Justin Goodman, vice president of advocacy and public policy for the White Coat Waste Project (WCWP), who obtained the documents revealing this horror, which is being bankrolled by American taxpayers without their knowledge.

According to the documents, Fauci’s NIAID spent some $13.5 million on the experiments at Morgan Island, which involved intentionally injecting rhesus monkeys with all kinds of deadly infectious diseases such as Lassa and Ebola.

Fauci also bankrolled other heinous animal experiments at Charles River Laboratories, which is where beagle dogs were intentionally exposed to sandflies that ate them alive.

Morgan Island, just to clarify, is owned by the South Carolina Department of Natural Resources, and was being leased at the time to Charles River Laboratories, a pharmaceutical company.

At least 44 beagle dogs were captured and succumbed to this extreme torture, all to fuel whatever projects Fauci had in his mind for creating new bioweapons or “vaccines.”

After the beagles were eaten alive, Fauci-funded scientists dissected their bodies before disposing of the remains.

“In many of these experiments, Fauci and staff intentionally withhold pain relief, even though these are some of the most excruciating experiments in the federal government,” Goodman revealed.

The Federal Budget Database shows that the Department of Health and Human Services (HHS) “donated” $13.5 million to this operation. Since 2018, the total “donation” amount is said to be as high as $27.5 million.

Fauci has been torturing, murdering innocent animals for at least 40 years

Morgan Island first crossed the WCWP’s radar when the team began investigating “fear experiments” being conducted on monkeys at a National Institutes of Health (NIH) laboratory in Bethesda, Md.

Upon closer look, it was discovered that the source of these monkeys was Morgan Island.

“We started triangulating information about that island with the experiments at the labs, and we found that Fauci’s labs are the single largest supporter of that island,” Goodman revealed.

In 2020, there were 3,521 monkeys present on Morgan Island, and 750 more are born and bred there annually. Somewhere between 500 and 600 monkeys were reportedly shipped from Morgan Island to NIH and NIAHD labs.

“It’s very unlikely that Fauci didn’t know about this given the amount of money involved and the fact that these experiments are happening in his own laboratories,” Goodman added.

“These aren’t being contracted somewhere else. They are happening in his own house. If he’s going to get credit for any good he does, he needs to get blamed for any bad that’s happening on his watch as well. The buck stops with him, and he’s certainly responsible.”

The original source of Fauci’s monkeys is said to be the Caribbean Primate Research Center, which started sending them as far back as 1979. According to PubMed.gov, the monkeys reestablished their former social groups after being removed from the Caribbean and transplanted to South Carolina.

What this all means, of course, is that Fauci has been abusing animals for at least the past four decades. And his and the government’s justification for doing it is laughably unscientific.

The claim is that monkeys are very similar to humans, and thus serve as viable experimental mammals. The problem, however, is that nine out of 10 drugs that supposedly pass the test on these animals end up failing in humans.

“Research shows that despite their similarities to us, they are incredibly poor predictors of how vaccines and other drugs are going to act in humans,” Goodman says.

So far, the WCWP has exposed six different experiments just on beagles that Fauci has funded over the years. One of them involved a cordectomy, which is when a dog’s vocal cords are sliced and removed to stop him from barking, howling or crying during an experiment.

“The reason that the Department of Health and Human Services gives on its website for using beagles is that they are small and docile, meaning they are easy to abuse,” Goodman further explained.

More of the latest news about Fauci and his mad scientist experiments on innocent animals can be found at Evil.news.