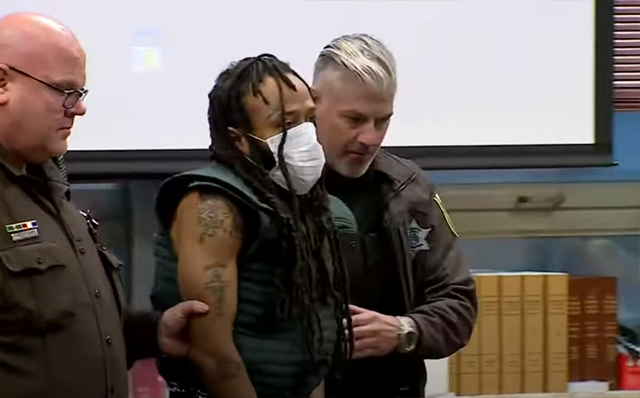 It’s your fault, white people, that Waukesha terrorist Darrell Brooks ran down nearly 70 innocents marching in a Christmas parade, because you didn’t give him enough welfare.

That’s the argument Brooks’ family made in a letter to the media on Wednesday.

From CBS 58, ” ‘He was not given the help and resources he needed,’ family of Darrell Brooks writes in letter to media”:

MILWAUKEE (CBS 58) –In a letter to the media Wednesday morning, Dec. 1, the family of Darrell Brooks, the man accused of killing six people in the Waukesha Holiday Parade attack, is expressing their condolences to the victims and asking for space.

The letter signed by Brooks’ mother, Dawn Woods, and family said, in part, “We are not making excuses but we believe what has happened is because he was not given the help and resources he needed. Institutions that are equipped and have trained staff is what was needed as well as resources in the communities where people who suffer with mental illness live.”

If you stingy white people had just given him more welfare then maybe he wouldn’t have had to kill your families.

Now [Darrell Brooks Jr.] feels “dehumanized,” he told Fox News Digital Wednesday in his first remarks to the media, seemingly surprised that he had visitors.

“I just feel like I’m being monster – demonized,” Brooks, 39, said during a brief video visit in Waukesha County Jail – a stone’s throw from where tragedy struck over a week earlier.

If he manages to find a sympathetic jury perhaps they’ll just let him go and find him not guilty.

That’d be in keeping with our new “justice system.”