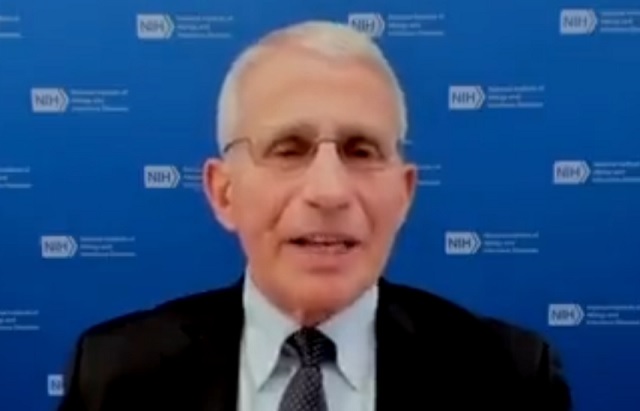 Back in September, White House chief medical adviser Anthony Fauci threatened that the Biden regime was going to “mandate” everyone take Big Pharma’s experimental shots if the “recalcitrant group” of unvaxxed Americans were not “persuaded” to submit.

“We have a pretty hardcore group of people that we’re trying to persuade them — or mandate them if they’re not persuaded — to get vaccinated,” Fauci said.

Fauci issued similar threats during an interview with MSNBC on Wednesday.

“I would prefer, and we all would prefer that people would be voluntarily getting vaccinated, but if they’re not gonna do that, sometimes you’ve got to do things that are unpopular, but that clearly supersede individual choices and are directed predominantly at the communal good,” Fauci said.

Last year, Fauci brushed off the notion of mandatory vaccines and said the government “would never mandate” them “for any element of the general public.”

“I don’t see [a vaccine mandate] on a national level merely because of all the situations you have upon encroaching upon a person’s freedom to make their own choice of their own health,” Fauci said during another interview.

On Wednesday, Fauci told CNN that changing the definition of “fully vaccinated” to include three (or more) shots is going to be a matter of “when, not if.”

He also called on Americans to enforce vaccine passports against their own family members during holiday get-togethers.

As Fauci’s approval rating has plummeted due to his endless flip-flopping and failed predictions, it appears he has now been tasked with going out and saying the craziest bull***t imaginable to make Biden’s mandates seem moderate in comparison.