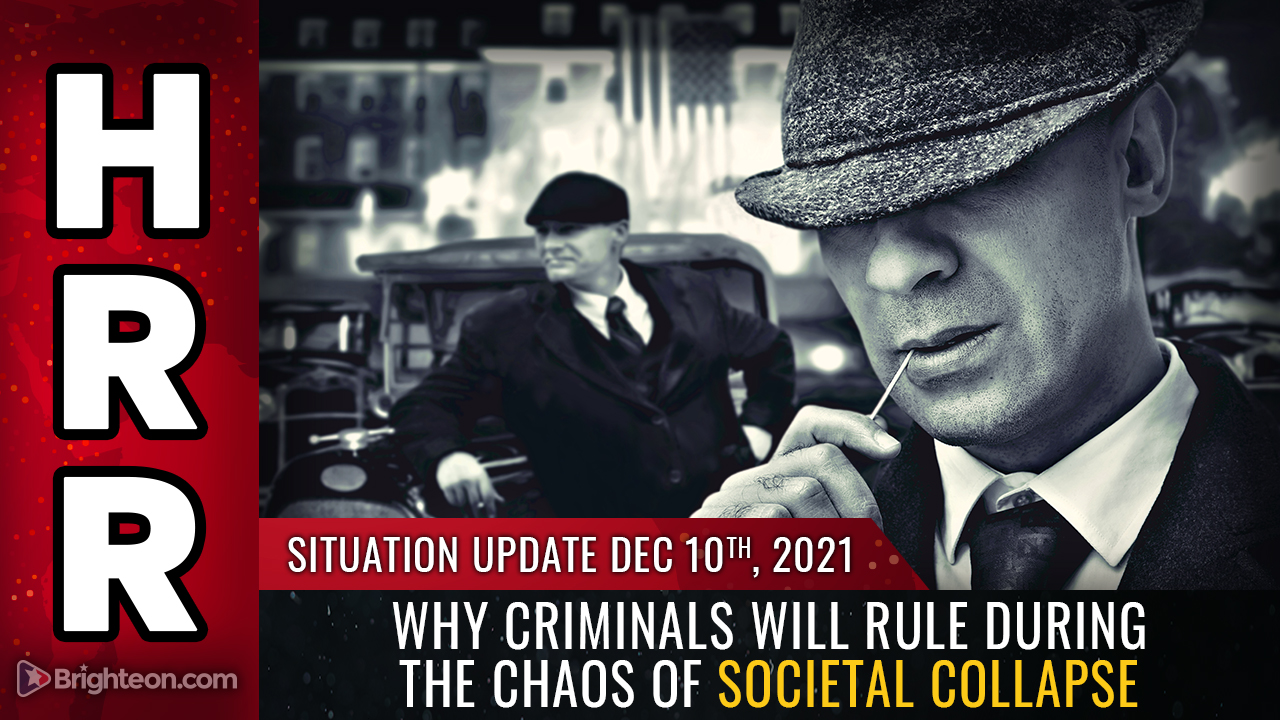 (Natural News) Most people live in the artificial construct of a “polite” society. They follow the rules, obey authority and call 911 when they have a problem that needs to be solved by men with guns. They delegate their personal safety and security to the government, then pretend that most people in society are “good” people because their true animalistic nature has been held back by the men and women in blue.

The rest of us — people who have seen the dark side of human behavior — know that society is perpetually on the verge of total collapse into anarchy and lawlessness… and that such a plunge would unleash the darkest parts of the reptilian psyche in those who are cornered into desperation and fear.

Here’s the clip. See for yourself:

As I explain in today’s Situation Update podcast (below), if you ever have the opportunity to do a ride along with local cops as they respond to calls, take that opportunity. What you will witness will forever alter your worldview, and it will turn you into an instant prepper.

One group in society is fully prepared for chaos, because they LIVE in it every day

There’s one group that’s ready for social collapse and chaos: the criminals.

The more violent the criminals, the more they’re already familiar with living with violence. This means they don’t hesitate to harm or kill others to get what they want.

They care nothing for laws or rules.

They are experts in survival, and if they’ve spent a few years in federal prison, they’re even more prepared for living under chaos, violence and mayhem.

When the collapse accelerates, what’s actually going to end up killing nice people isn’t the violence per se, but the lack of mental readiness for violence. Because they aren’t mentally prepared for the violence that will be unleashed as the financial system suffers disruptions and the supply chain further deteriorates, they have no real capacity for self-defense or preparedness.

Those who lived their entire lives depending on others to protect them will be easy pickings for the aggressive, violent, hardened criminals who will very quickly take over and rule entire cities.

Los Angeles will be run entirely by violent gangs. Police won’t even pretend to assert force. A similar situation will rapidly unfold in Chicago (some would argue it’s already there), Seattle, Portland, San Francisco, New York City and even cities in red states such as Houston and Miami.

There are really only two ways to survive this scenario, and it’s coming soon:

1) Don’t be there. Get out of the cities while you can.

2) Become extremely proficient in firearms operations for self-defense. You will need Kyle Rittenhouse-level skills to have any chance at all.

Learn more in today’s eye-opening podcast, which also covers other breaking news items such as nuclear war with Russia, the stupidity of “Smart” homes, cryptocurrency regulations and more:

More podcast reports and interviews are coming this weekend: