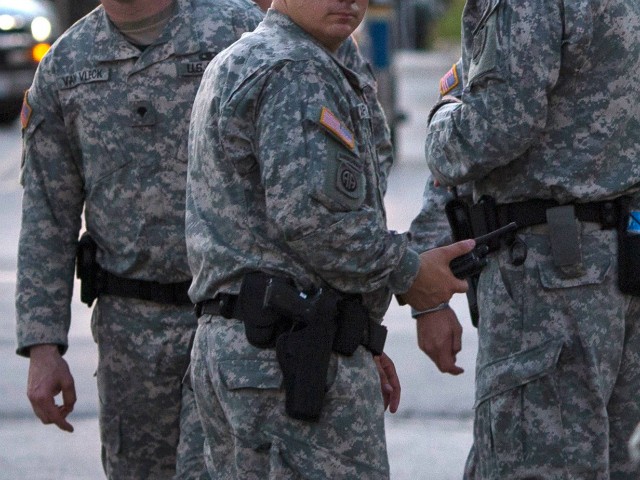 (Natural News) Hospitals short on medical staff due to mass firings of the “unvaccinated” are now receiving National Guard troops as replacements.

Maine Gov. Janet Mills announced on Wednesday that short-staffed health care facilities in her state will be given military troops to help “stop the spread” of the new “Omicron” (Moronic) variant of the Wuhan coronavirus (Covid-19).

According to the Bangor Daily News, the number of available hospital beds throughout the state is now the lowest it has ever been throughout the plandemic. Most of these new cases appear to be people who took the jabs and are now sick and / or dying from the disease.

To supposedly combat this, Mills signed a directive allowing up to 75 Guard troops to be used in “non-clinical settings” at two specific hospitals. Guard troops will also reportedly be sent to nursing homes, with tasks that include daily chores.

Several nursing homes in Maine have actually had to close due to workforce shortages presumably caused by government jab mandates. Hospitals in New England are also shutting down due to a lack of personnel.

Just as a reminder, Mills had previously announced back in August that health care workers in Maine would need to be fully vaccinated by October 29 or else lose their jobs.

Liberty Counsel filed a lawsuit on behalf of roughly 2,000 of them who did not want to comply. However, the U.S. Supreme Court, which is now stacked with Donald Trump appointees, rejected the request in a 6-3 vote.

Only one of Trump’s appointees, Justice Neil Gorsuch, voted in favor of the petition. Justices Amy Coney Barrett and Brett Kavanaugh both voted against medical freedom.

So now, all of Maine’s unvaccinated health care workers have been fired, and hospitals and senior care facilities everywhere are short-staffed as a result. And this is the excuse that Democrats apparently needed to start sending in the troops to fill that void.

As soon as next week, Guard troops will be arriving at Maine hospitals and elder care facilities. However, where they will go specifically and in what number allotments has not yet been determined.

“I did not take this action lightly, but we must take steps to alleviate the strain on our health care system and ensure care for all those who need it,” Mills is quoted as saying.

Maine Medical Center is the state’s largest hospital with 637 total beds. Lewiston is smaller but is said to be the “heaviest hit by the pandemic in recent months.”

Both facilities have two respective sister hospitals, one in Rumford and the other in Bridgton. Both of them were completely full last month, presumably with fully vaccinated patients who obeyed the government’s orders to get injected.

The corporate media is, of course, lying and saying the exact opposite. But the data clearly shows that most new Chinese Virus patients are fully jabbed, even using the government’s skewed metrics.

Department of Health and Human Services Commissioner Jeanne Lambrew hinted that perhaps care at many hospitals will need to be rationed in order to have enough staff on hand to care for the “very ill.”

More related news stories about the collapse of society due to Wuhan coronavirus (Covid-19) tyranny can be found at Fascism.news.