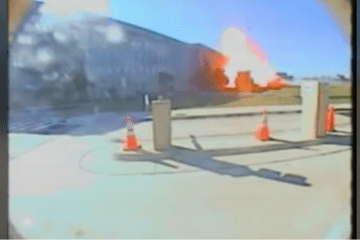 It is true that one thing that men do not learn from history is history itself (Hosea 4:6).

The conspiracies that are sold to the people, not only in this country but countries globally, by the mainstream media are so blatantly fictitious and contrived that one must wonder how it is that we are still a free people (Numbers 32:23).

The conspiracies that the people believe, as they create the perpetrators, are sold to the masses as “theories.” In the end, they hear from their government the rights that they are to give up concerning each crisis. This should be telling enough as to what and who is responsible (Jeremiah 11:9).

“Necessity is the plea for every infringement of human freedom. It is the argument of tyrants; it is the creed of slaves.’ -William Pitt the younger

Though they call for a new world order, “order out of chaos,” the people, at large, still play along with it; and that to their own demise (Leviticus 26:15).

One such theory by the government was that of the American Airlines Flight 77 hitting the Pentagon on September 11, 2001. A plane that is 155 feet and 3 inches long.

Judicial Watch, a watchdog group that had to sue the government (The Justice Department had previously blocked demands for their release) for its release, reveals a surveillance camera in a Pentagon parking lot caught the moment that American Airlines Flight 77 allegedly slammed into the southwest side of the military headquarters.

TRENDING:  Dad Knocks Out Intruder To Protect his Daughter – Then He Turns On The Live Stream

A huge ball of flame rises from the building and black smoke starts gushing out.

The lack of film evidence of the alleged attack had fueled assertions suggesting that the attack had been faked or engineered by the Pentagon against itself.

Bryan Whitman, a Pentagon spokesman, said the videos appeared to show the same scene as a sequence of still images previously shown on US television tracking the airliners trajectory into the building.

“We fought hard to obtain this video because we felt that it was very important to complete the public record with respect to the terrorist attacks of September 11,” said Tom Fitton, president of Judicial Watch.

“Finally, we hope that this video will put to rest the conspiracy theories involving American Airlines Flight 77,” he said in a statement.

Sadly, it did not. If anything, at the least, it opens up more questions, and at the most it proves the conspiracy.

Where is the plane?

Conclusion: When one recollects that of September 11, 2001 one must come to the conclusion that no foreign government could have dreamed of doing to Americans what its own government has, in fact, be responsible for doing (Deuteronomy 28:63).