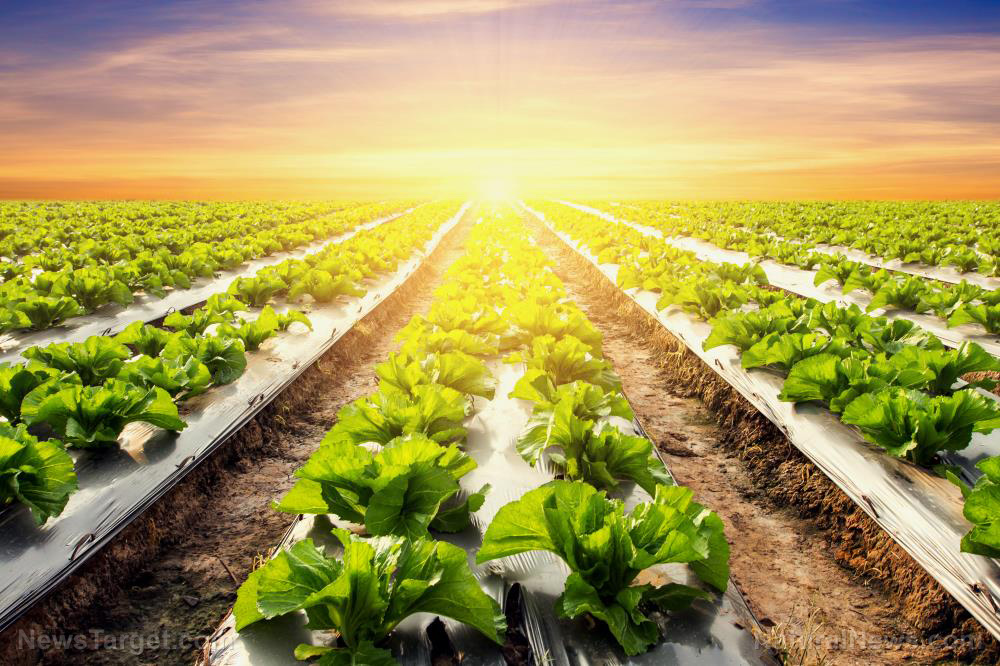 (Natural News) If our own government isn’t jacking up inflation with lousy fiscal and economic policies as well as out-of-control spending, leave it to billionaire global corporatists — with the full backing of the Biden regime –to set us up for major food production shortages over the hoax of ‘human-caused climate change.’

As reported by Humans Are Free, the ‘climate change’ hoaxers are having an effect on the world’s youth, and that will lead to more control over the world’s population, including Americans, if left to continue along the same trajectory. Consider:

— The United Nations Intergovernmental Panel on Climate Change’s most recent report was met with a great deal of alarm.

— Citing the report, the BBC claimed that it represented “code red for humanity.”

— The New York Times chimed in, claiming (without context), “A Hotter Future Is Certain” (and it might be, but that doesn’t mean humans are causing it).

— A headline from the far-left Guardian claimed that major climate changes were “inevitable” and “irreversible” (both true — but again, without context, these predictions can be spun to mean anything).

— Both UK publications, the BBC and The Guardian, cheered the fact that their constant fear-mongering over ‘climate change’ is leading to a massive population decline: 4 in 10 young people are now almost uncontrollably concerned that climate change will destroy the planet in their lifetime.

“According to the survey, nearly half of 16-25-year-olds around the world are hesitant to have children as a result of what they believe is a climate crisis and feel that governments are doing too little to prevent it,” Humans Are Free reported.

Now, what can governments and globalists do with a petrified population?

Control them. And that’s where the threat to our food supplies (and liberties) comes in.

In October, Whitney Webb of Unlimited Hangout reported on one of these plans involving an organization called the Intrinsic Exchange Group, or IEG, which has pledged to save humanity from this alleged catastrophe of climate. According to the organization, with the aid of billionaires, multinational corporations, investors — and, of course, the UN — the org will save our planet from climate extinction.

In September, the New York Stock Exchange (NYSE) announced it had developed a new asset class and listing vehicle aimed at “preserving and restoring the natural assets that ultimately underlie the ability for there to be life on Earth.” The vehicle, known as a natural asset company, or NAC, will enable the formation of specialized firms “that own the rights to the ecosystem services produced on a certain piece of land, such as carbon sequestration or clean water.” The natural assets that these NACs commodify will subsequently be maintained, managed, and grown by them.

‘Maintained, managed, and grown’ — to suit the UN’s nonsensical definition of “sustainable,” of course. And since this globalist Marxist organization has always pushed for fewer people on the planet rather than more, because fewer are ‘more sustainable,’ then you can surely guess what this kind of ‘land and food production management’ will look like: Less is more.

And in case you may have thought that this is all just talk, Webb notes that the purchase of land for the stated purpose has already begun in the United States.

Summit Carbon Solutions is working to obtain land in the bread belt, so to speak — northern Iowa — for the proposed Midwest Carbon Express pipeline.

The company, “an offshoot of Summit Agriculture Group, is behind the $4.5 billion Midwest Carbon Express project,” Humans Are Free noted. “It would be the largest carbon capture project in the world with the goal of sending 12 million tons of CO2 annually to western North Dakota, where it can be stored underground.

“Landowners expressed concerns regarding Summit Carbon’s use of eminent domain, which allows the company to build the pipeline on land without consent from the landowner,” the outlet continued, explaining: “Eminent domain is when a government body can acquire private property for public use, with compensation for affected landowners.”

In short, these ‘carbon’ corporations are going to be using this constitutional method (noted in the Fifth Amendment) to control how much food is grown, what kind and how it can be used, and for whom.

“While shady deals like these have been happening in the US for decades, these new corporations — soon to be traded on the stock market casino — aren’t going to be largely focused on land looted in the US,” Humans Are Free reported, adding:

Allegedly, NACs will use the funds from these newly obtained and monetized natural assets to help fight climate change by ‘preserving’ the rain forests, mountains, and lakes mostly abroad. They also vow to change the “conventional agricultural production practices” of farms to make them more efficient and sustainable.

But, the creators of NACs concede the ultimate goal is to extract trillions in profits from natural processes such as photosynthesis, apply intrinsic values to natural processes, and then monetize it.

Trillions in ‘carbon capture’ are about to be made by these ‘environmental’ corporations, and at the expense of our food production land.