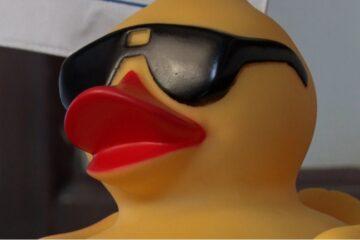 We all know that the U.S. Constitution is the final say in all matters of law (Exodus 20; Deuteronomy 25:1; Article VI, Section 2-Supremacy Clause).

We should also know that everything that this “plandemic” is premised upon is, in fact, circumventing the U. S. Constitution and its enumerated laws.

It circumvents the legislative, the executive and the judicial branches.

Therefore, it is a pretended authority that they are pushing through which these conspirators premised upon something called administrative law (Jeremiah 11:9).

Pretend: “not really what it is represented as being; used in a game or deception.” –Websters 1828 dictionary

In other words, these are policies that do not follow law. In fact, the problem that they are having is that these said policies undermine the law which renders their policies “null and void.”

According to the Declaration of Independence, our rights come from God, and those who serve “We the People” derive “their just powers from the consent of the governed.” It is delegated from the people to their representatives.

It may look like law, have the color of law, but I am telling you that it is NOT law. It is lawlessness (Psalm 94:20).

It may look like a duck; it may quack like a duck, but it is not a duck and neither is their pretended authority actual authority when it comes to the law (2 Corinthians 11:14-15).