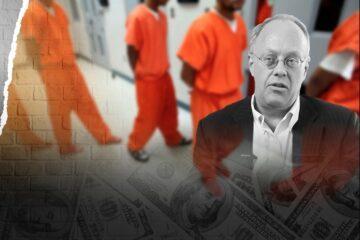 The prison system in the united States is the most immoral, unbiblical and I would even argue unconstitutional systems we have in place. It never brings justice, but is the result of injustice; and is itself unjust. Yet, tens of millions of Americans are in the for-profit prison system. On top of that, in many cases, the prisoners become slaves to the system and are, in fact, trapped in that system.

Before I present this interview with Chris Hedges, I am not saying that many in prison have not committed real crimes and that they should not be punished for their crimes, but that should be according to actual justice, not for profit and making people feel good. Many who are in prison have not committed actual crimes but have merely been labeled criminals by the state through pretended laws.

With that said, Lowkey writes at MintPress News:

For a supposedly developed, democratic nation, the United States locks up an extraordinary number of its citizens. Close to one quarter of the world’s prison population is in the United States. Even on a per capita basis, only El Salvador and Turkmenistan come close to America’s preponderance for incarceration.

In a country with a rising population and a falling demand for labor, the government decided to solve this problem by simply locking up millions of its poorest citizens, in the process allowing corporate America to make billions from their suffering. The prison industry is booming: between 1990 and 2005, the U.S. built, on average, a new prison every ten days.

Joining Lowkey to discuss how prisons became big business is Pulitzer Prize-winning journalist Chris Hedges. Chris spent nearly two decades as a foreign correspondent in Central America, the Balkans, and the Middle East for The New York Times and currently hosts the show On Contact on RT. His latest book, “Our Class: Trauma and Transformation in an American Prison,” was published in October.

TRENDING:  Socialism: Feces By Any Other Name

“The entire system works to railroad primarily poor people and disproportionately poor people of color into this system,” he told Lowkey. “Almost no one in the United States gets a jury trial; 94% of the people in the prison system are coerced by prosecutors to accept a plea deal. Public defenders can only spend 10 or 15 minutes with their clients.”

In “Our Class,” Hedges describes mass incarceration as “the civil rights issue of our age.” “When you incarcerate someone, in essence, the whole family becomes incarcerated,” he said. Some 77 million Americans have a criminal record, while 113 million American adults have an immediate family member who has been to or currently is incarcerated, according to the Prison Policy Initiative.

Once in the system, it is, by design, extremely hard to escape. Incarcerated individuals are forced to work for pennies per hour (some states pay nothing), while all manner of essential items are not provided and cost exorbitant amounts to purchase from the commissary. As a result, inmates are often released owing thousands of dollars.

Having a criminal record bars citizens from many welfare and public housing benefits, as well as applying for jobs in a myriad of professions. For example, during the summer wildfires last year, California prison firefighters worked alongside professionals, tackling some of the worst blazes in American history. For this, they were paid barely $1 per hour, and are blocked from applying to the fire department once they are released. Thus, paying back these odious debts is even harder than it may appear.

Hedges singled out President Joe Biden as playing a particularly key role in turning the United States into an incarceration nation. Biden was “instrumental” in pushing the Democrats into seizing back the “law and order” narrative from the Republicans in the 1990s, helping to pass into law rules such as the Three Strikes Law, which has sent many Americans to prison for life for trivial offenses. The number of crimes worthy of the death penalty was also exanded from barely a handful to 51. Until recently, Biden took credit for the infamous 1994 Crime Bill, which was a key piece of legislation in codifying the prison industrial complex.

Of the 46th president, Hedges, who teaches in a prison in New Jersey, said, “Half of my students (or more) would not be in that classroom but for Joe Biden.”

Exactly right. While I don’t agree with some concepts that Hedges points to, I do agree that the prison system is more about control and profit than it is about justice.

For calling itself “the land of the free,” the US has the highest population of prisoners in the world! 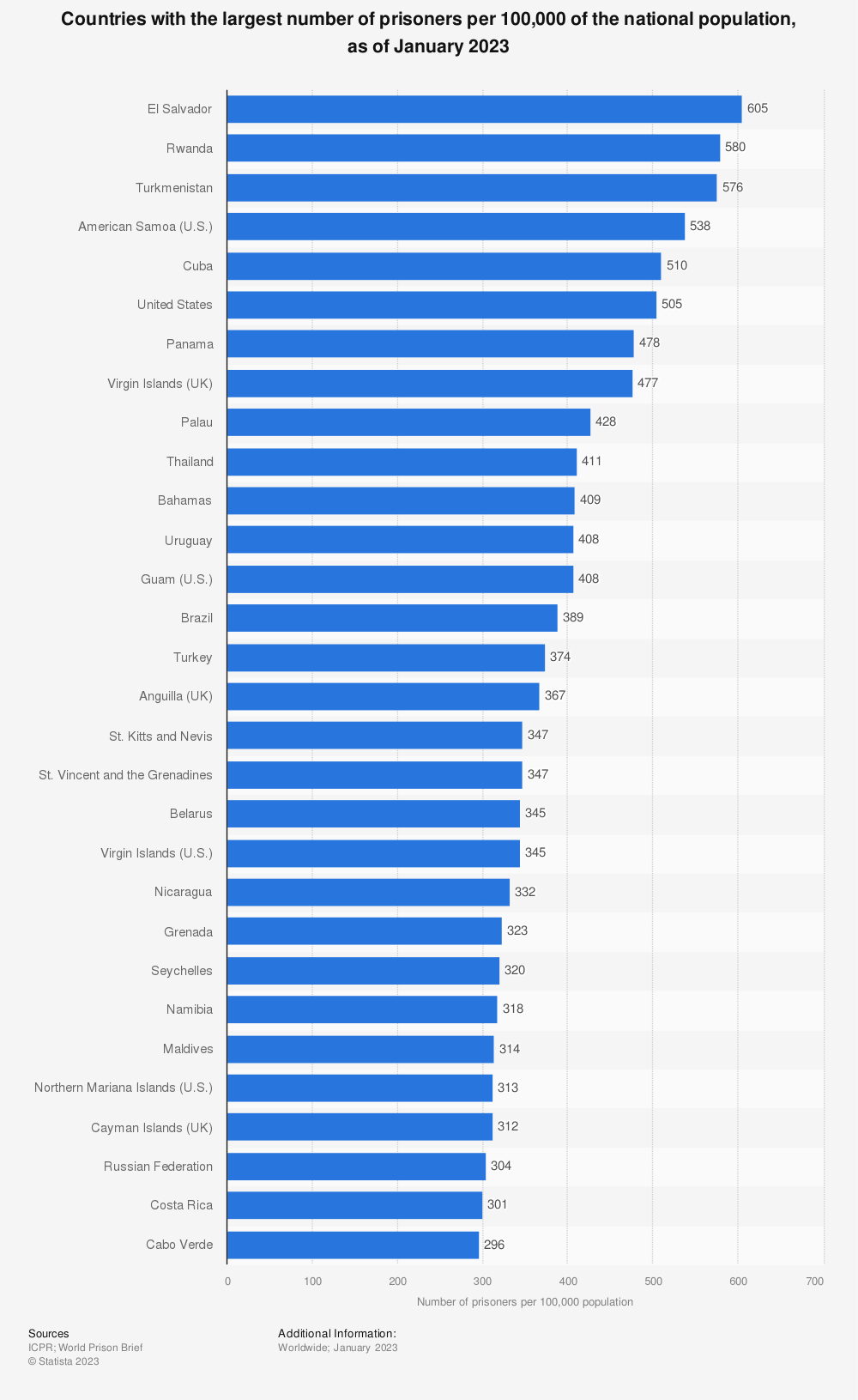