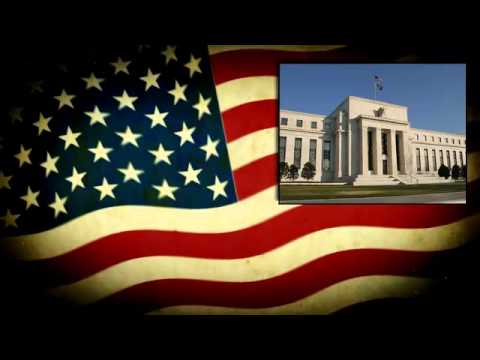 (Natural News) The Federal Reserve is preparing to crash the financial system in the middle of a global pandemic that has devastated the world since 2020.

In a report published in Global Research, author F. William Engdahl notes that the Fed, together with other globalist powers, is set to bring down the U.S. financial market using rising costs of inflation as their excuse. This will cause the greatest financial bubble in history to crash, paving the way for the “Great Reset.”

The foundations for the crash and the Great Reset have already been laid: In the U.S., the Biden administration is inching closer to triggering another major way by leading the North Atlantic Treaty Organization into pouring arms and advisers to Ukraine – a country currently in conflict with Russia. (Related: Russia warns Ukraine of full-scale conflict along the country’s eastern border.)

Meanwhile, the U.S. is in the middle of the row between China and Taiwan – while also waging proxy wars against China in Ethiopia and other parts of Africa.

The trillion of dollars in emergency spending by both Donald Trump and Joe Biden plus the continuation of the Federal Reserve’s near-zero interest policies have set the stage for an imminent market collapse. Asset purchases of billions in bonds to keep the bubble inflated proved that the collapse is deliberate and managed.

The U.S. inflation is being worsened by supply chain disruptions from Asia across North America. The inflation which is the worst in four decades set the stage for central banks to bring down the debt-bloated system and prepare the Great Reset of the world’s financial system.

The economies of major industrial nations will self-destruct due to the Green New Deal in the European Union and the United States. The collapse of the dollar system will bring down most of the world owing to its debt ties. (Related: World Economic Forum simulates global cyberattack that could bring about “Great Reset”)

The electric grid in the European Union is on the brink of major power blackouts this winter, no thanks to the zero-carbon policies to phase out coal, oil, gas and even nuclear. The grid is dependent on unreliable wind and solar energy.

Biden’s Build Back Better led to a record high in fuel costs and it’s an educated guess that raising interest rates will devastate the entire world.

A strategic risk consultant and lecturer, Engdahl, a graduate of Princeton University, noted that the Fed has used “core inflation” to get rid of politically damaging consumer inflation monthly data that showed increasing oil and grain prices. Core inflation means consumer price rises minus energy and food. Disgraced President Richard Nixon used the term in 1975 to fake the data.

“Core inflation is a scam because American consumers had to pay far more for gasoline and bread. Very few real people can live without energy or food,” stressed Engdahl.

Presently, the U.S. Consumer Price Index does not include the cost of buying and financing houses, and also property taxes or home maintenance and improvement which have been soaring. The Fed should issue a statement admitting that inflation is more alarming than they thought. This situation requires aggressive rate hikes to “squeeze inflation out of the system.”

Aided by near-zero Fed rates and $120 billion of monthly purchases by the Fed of bonds, Wall Street with stocks at historic highs could start a panic exit from stocks to get out.

This, of course, will trigger panic selling and a snowballing market collapse, which will make the real estate and stock collapse of Evergrande small time.

Engdahl noted that the Federal Reserve and major banks like ECB in the EU and the Bank of Japan gave zero interest rates and “quantitative easing” purchases of bonds to bail out the major financial institutions and Wall Street and EU banks in utter disregard of the health of the real economy. The largest bailout in the history of brain-dead banks and financial funds resulted in the artificial inflation of the greatest speculative bubble in stocks in history.

As s savvy businessman, Donald Trump knew that the new record rises in the S&P 500 stocks as proof of the booming economy, was a lie because of the Fed zero interest rate policy.

With massive labor shortages, lockdowns and supply chain problems coming from China, the U.S. economy is sinking and Biden’s phony “infrastructure” bill will do little to rebuild the vital economic infrastructure of highways, rains, water treatment plants and electric grids.

The Fed is preparing for the stock crash in 2022 which it will use to usher in a real Great Depression, It will be worse than what happened in the 1930s because the savings of ordinary Americans will be wiped out.

Biden’s tax on corporate stock buybacks resulted in S&P 500 companies buying back $742 billion of their own shares. Whether the Fed will reduce its buying of treasury securities as well as home mortgage bonds. The COVID-19 pandemic hysteria led to huge buying and Federal Reserve holdings of securities have more than doubled from $3.8 trillion to $8 trillion at the end of October 2021.

The U.S. also manipulated employment data and inflation numbers. This happened during the Vietnam War era under Lyndon Johnson. Presently, private economist John Williams of Shadow Government Statistics, estimated that the actual unemployment rate in the U.S. is over 24.8 percent which is far from the reported 4.2 percent for November.

The fragile U.S. and global financial system will collapse if rates will be raised. Citizens might beg for emergency relief in the form of digital money and a Great Reset.

The Washington-based Institute of International Finance in September estimated that global debt levels, which include government, household and corporate and bank debt, rose $4.8 trillion to $296 trillion at the end of June, $36 trillion above pre-pandemic levels. Emerging markets such as Turkey, China, India and Pakistan owed a combined $92 trillion.

Watch the full video below of “The Great Reset or the Greatest Hold-up?”

This video is from The Prisoner on Brighteon.com.