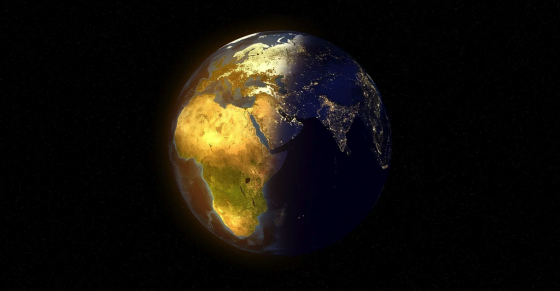 I warned you that things would get even worse in 2022, and that is exactly what is happening.  Throughout the latter stages of 2022, I documented how basic services were breaking down all across the country, but this was a trend that was largely ignored by the mainstream media until now.  Fear of the Omicron variant has taken things to an entirely new level, and at this point things have gotten so bad that even the mainstream media is full of stories about this crisis.  For example, over the weekend this was one of the Drudge Report’s main headlines: “NATIONWIDE BREAKDOWN OF SERVICES”.  The following is an excerpt from that story…

Ambulances in Kansas speed toward hospitals then suddenly change direction because hospitals are full. Employee shortages in New York City cause delays in trash and subway services and diminish the ranks of firefighters and emergency workers. Airport officials shut down security checkpoints at the biggest terminal in Phoenix and schools across the nation struggle to find teachers for their classrooms.

The current explosion of omicron-fueled coronavirus infections in the U.S. is causing a breakdown in basic functions and services — the latest illustration of how COVID-19 keeps upending life more than two years into the pandemic.

This is happening almost everywhere, and it is deeply affecting industry after industry.

Last week, I wrote about how one man in St. Louis had to wait 10 hours for an ambulance to show up.

I still can’t get over that.

And once people get to our hospitals, often they can’t get treated in a timely manner because there aren’t enough workers.  Of course hospitals are trying to hire as fast as they can, but finding qualified people is extremely difficult these days.  For example, one hospital in Nebraska has been advertising for an ultrasound technician for six months and still has not received one single application…

Troy Bruntz runs Community Hospital, a 25-bed critical access facility in McCook, Nebraska. He’s been trying to recruit a third ultrasound technician for at least six months without getting a single application.

For lower-level positions, the hospital competes with the local Walmart store, where wages are rising. He monitors the pay offered by the retailer as well as the other large local employers, a hose manufacturer and an irrigation equipment supplier.

There are more than 10 million open jobs in the United States today, but the U.S. economy only added 199,000 workers during the month of December…

The US economy added 199,000 jobs in December, the Labor Department reported Friday. That was the fewest jobs added in any month of 2021.

That was a major disappointment: Economists had forecast jobs growth of double that number.

So how could forecasts be so off again?

In the old days, adding 199,000 workers would have barely kept up with population growth.

But we can’t really talk about “population growth” these days, can we?

Our hospitals are being absolutely overwhelmed with the sick and the dying, but most of those same hospitals are now severely undermanned thanks to Biden’s absurd mandate for healthcare workers.

As a result, members of the National Guard are being forced to serve hospital duty in quite a few states…

An incoming tide of patients is slowly drowning UMass Memorial Medical Center, and the US military’s National Guard is working to plug the gaps. In wave after daily wave, the emergency crews pull up to the ambulance bay, dropping off patients for which there is no room.

“It’s just the perfect storm for a nightmare here in the emergency department,” says Dr. Eric Dickson, the CEO of the hospital and an emergency physician.

So if you show up at your local emergency room because you are dying, you may get “treated” by a member of the National Guard with no medical training whatsoever.

In the waning days of 2021, optimists assured us that the computer chip shortage would soon go away, but the numbers are telling us that it has gotten even worse.  In fact, the wait time for chip delivery is now the longest that it has ever been…

Delivery times for chips jumped in December, signaling the semiconductor shortage is worsening into the new year, according to research by Susquehanna Financial Group.

On average, lead times increased six days to approximately 25.8 weeks last month compared with November. This is the longest wait time since the firm began monitoring the data in 2017.

And thanks to fear of Omicron, we are starting to see very alarming shortages of meat and eggs at supermarkets from coast to coast…

SEVERAL American supermarkets are reporting incidents of “bare shelves” as fears grow over an imminent meat and egg shortage amid a surge in Omicron cases.

Food chains have been one of the first to be disrupted by the new super strain as workers fall ill and productivity drops.

If you are a “meat and potatoes” kind of person, I have some more bad news for you.

There’s a growing global potato shortage — a real problem for a planet addicted to french fries and chips.

A number of popular items, including marmite and cream cheese, have faced scarcities amid supply chain disruptions wrought by the coronavirus pandemic and extreme weather. Potatoes are the latest to join the list, becoming unevenly available in some countries and fast-food chains because of a confluence of factors.

I tried to warn everyone that this was coming.  If you don’t want a spoiler about where all of this is eventually headed, then definitely don’t read my latest book.

The economic optimists assured us that the shortages would be gone by 2022, but instead we are starting to see truly bizarre things happen.

In Norway, the military is actually issuing used underwear to the troops because shortages have become so intense…

Now, Norway’s military is facing a supply shortage that is particularly personal: New recruits are being asked to wear previously used undergarments – including socks, bras and underwear – returned by conscripts after they complete their service.

Unfortunately, if you are in the military you have to do what you are told to do.

Of course our politicians seem to think that they can treat all of us like we are in the military these days.

And the more they clamp down, the more our society is going to break down.

2022 is certainly off to an inauspicious start, and the weeks ahead certainly do not look very promising at all.