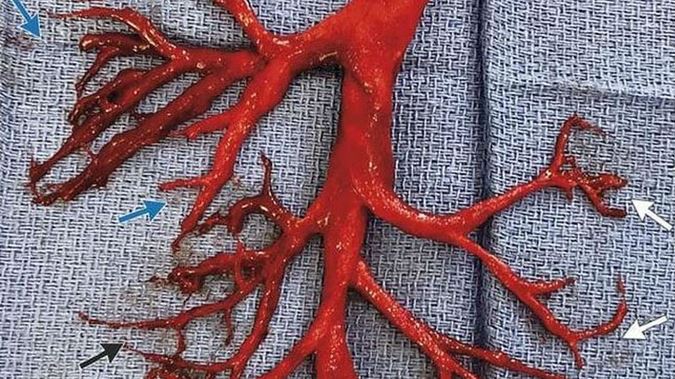 (Natural News) The reason professional soccer players are collapsing on the field and suffering heart attacks is because their blood turns into a semi-solid gelatinous mass due to the spike protein “vaccine” injections. This is also why covid vaccines are increasingly known as “clot shots.”

Obviously, when your blood ceases to function as a liquid and begins to turn into a solid, it can no longer flow through your circulatory system. Within seconds, your brain loses oxygen and you lose consciousness. This is why so many people who take the covid “clot shot” injections are dying or passing out.

It’s happening to newscasters (live on camera) too, such as this Brazilian reporter who, after publicly bragging about taking covid vaccine injections, lost consciousness and passed out in the middle of his own newscast:

Before passing out on camera, he even tweeted out, “Vaccines save lives” and urged everyone to take the booster shot. He reportedly suffered five heart attacks on the way to the hospital.

The following image, taken from a pre-covid patient in 2018, shows what a large, intact blood clot can look like (yes, the image is real): 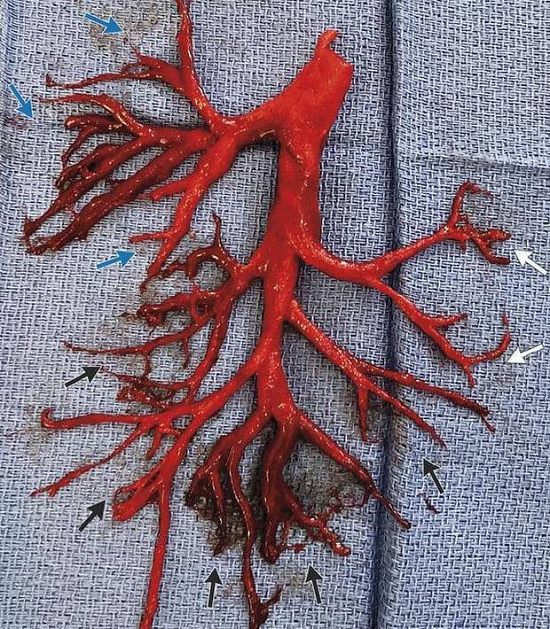 This particular image of an intact blood clot was taken pre-covid, from a patient who reportedly “coughed up” a fully intact clot that resembles red coral or tree roots. From the NEJM:

A 36-year-old man was admitted to the ICU with an acute exacerbation of chronic heart failure. After a ventricular assist device was placed and anticoagulation therapy initiated, haemoptysis developed, and he expectorated a cast of the right bronchial tree.

That means he literally coughed up an entire inner casting of a lung’s air pathways, formed into a massive clot of blood.

According to a news report, “Doctors working at the hospital said the man instantly felt better after coughing up the clot…”

We can only imagine.

Although this particular photo didn’t come from a covid vaccine victim, it’s a good representation of what’s happening in the bodies of people who take mRNA covid vaccines. The vaccine affects the blood coagulation system and causes, in some people, rapid congealing of the blood even as it’s flowing through arteries.

Arterial blood clots rarely look like the large “coral” clot shown above, because that blood clot was taken from the bronchial airways of the lung, which for some reason had filled with blood and then congealed.

In the circulatory systems of vaccinated people, the actual blood clots that form are almost always much smaller, and many patients can experience micro blood clotting that isn’t visible to the naked eye. These blood clots, when pumped to the lungs, will often be diagnosed as a pulmonary embolism. If the clots reach the brain, they can cause a stroke. If they lodge in the heart, they can cause a heart attack. If they lodge in the smaller blood vessels that provide oxygen to the hands or feet, they can cause those limbs to go numb and require amputation. The diagnosis from the clotting depends largely on where the clots end up lodging, which explains why people who take spike protein “vaccine” shots experience such a wide array of injuries and deaths. (Over one million injuries now reported in VAERS, with estimates of hundreds of thousands of deaths so far in the USA alone…)

There are now over 1,000 studies published in peer-reviewed medial journals that have concluded the vaccines are dangerous.

Covid vaccines are truly “clot shots” that cause heightened risk of blood clots, leading to severe injury and death. The vaccine industry — along with the lying corporate media that’s funded by Big Pharma — is using these clot shots to try to depopulate the planet by exterminating billions of human beings via weaponized bioweapons delivered under the label of “vaccines.” 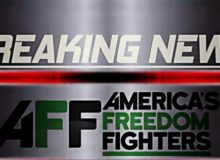