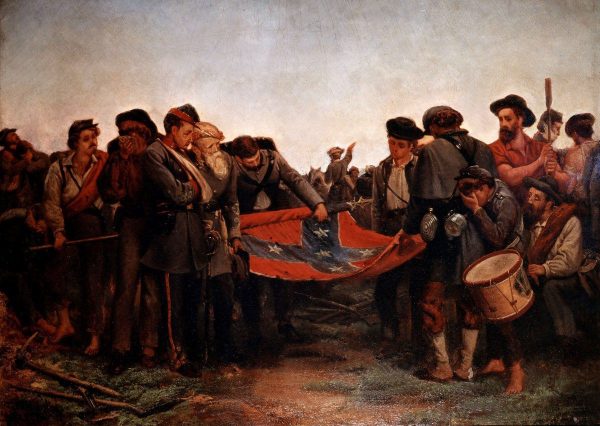 Capitulate your country – past, present, and future – all so you won’t be called racist. [Muslim group asks State Rep. Mike Holmes to drop out of Sons of Confederate Veterans, Al.com, January 11, 2021]:

A Muslim civil rights group today called on State Rep. Mike Holmes to drop his membership in the Sons of Confederate Veterans.

“It is unacceptable for a lawmaker, whose duty it is to represent all constituents in his district, to be a member of an organization that honors traitors and white supremacists,” said Ibrahim Hooper, director of national communications for the Council on American-Islamic Relations, the nation’s largest Muslim civil rights and advocacy organization.

“I have no plans of leaving the Sons of Confederate Veterans,” said Holmes, reached by AL.com this morning.

In a story by AL.com columnist Kyle Whitmire published today, “Alabama Capitol is a Crime Scene,” Holmes defended his membership in the group, saying his ancestors fought in the Confederate army because they felt their “way of life was being threatened.” He said none of his ancestors owned slaves.

CAIR has repeatedly called for the removal of Confederate flags, statues and symbols from public spaces nationwide. Last year, CAIR condemned a threat by the Alabama state Attorney General’s Office to fine the city of Montgomery for dropping a Confederate street name and supported renaming a school in Huntsville, Ala., currently named after Confederate general Robert E. Lee.

Hooper said the American Muslim community and CAIR stand in solidarity with all those challenging anti-Black racism, xenophobia, Islamophobia, anti-Semitism, white supremacy, and all other forms of bigotry.

One of these days, the wrong individual will be poked. Those in power will demand obedience. They will demand silence in the face of the rape of all he holds dear.

They will call him a “racist.”

Not only for our posterity, but for the memory of who came before us.

Only due to misguided immigration are Muslims even in our country. Now they demand we renounce our history.