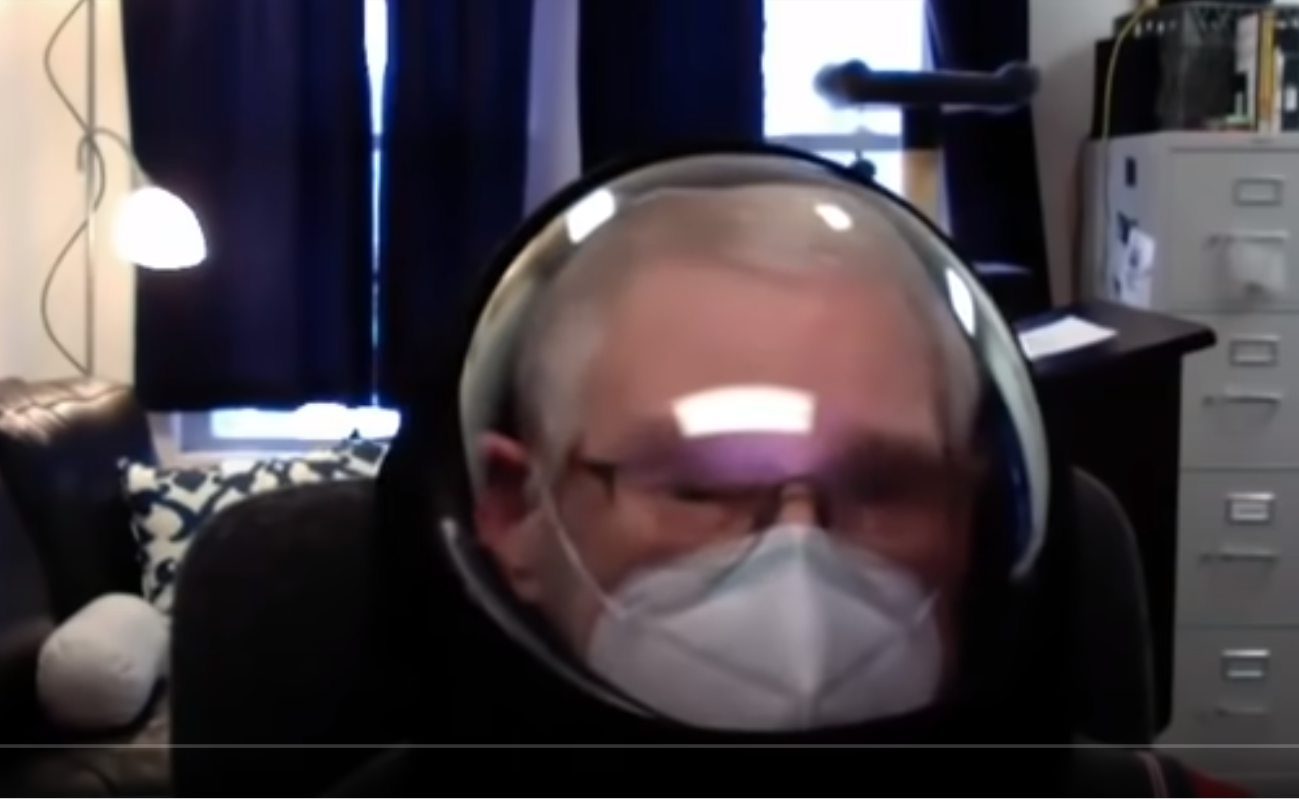 (Natural News) A tenured professor at Ferris State University in Big Rapids, Mich., opened up the new semester with a bang, revealing that he will not be assigning grades based on merit but rather by chance.

Barry Mehler, after taking off his ridiculous HEPA filter-equipped Wuhan coronavirus (Covid-19) space helmet and mask, told his incoming students that the theatrics are because of the plandemic, which he thinks is really scary.

“I don’t know if you people have noticed, but it’s dangerous to breathe the air,” Mehler scorned. “Your civilization is collapsing and life on your planet is going extinct.”

Mehler went on to state that when his students finally see him in person rather than on Zoom, he will be wearing said helmet and mask at all times because this makes him feel safe against the Fauci Flu.

“When you see me next week, I’ll be wearing this helmet … It’s got HEPA filters all around it so that all the air that comes in that I’m breathing comes in through the HEPA filters.”

Mehler then proceeded to go on a tirade about how his students are nothing more than “vectors of disease” in his mind, and that he will not be interacting with them in person ever. (Related: Mehler is clearly suffering from mass formation psychosis and is projecting his mental illness onto his students.)

“I may have f***ed up my life flatter than hammered s**t, but I stand before you today beholden to no union c***sucker,” Mehler said crudely.

“You people are just vectors of disease to me, and I don’t want to be anywhere near you, so keep your f***ing distance. If you want to talk to me, come to my Zoom.”

You can watch the full video below. (WARNING: It is very vulgar and offensive and should be viewed with caution):

The video gets even more bizarre around the halfway point when Mehler gets even more unhinged, explaining how he grades his students based on the Christian idea of predestination.

Citing John Calvin and the early Christian colonists, Mehler bastardized the Bible’s message to fit it into his bizarre ideas about how students should not be graded based on the work they produce, but instead at random.

“The Indians didn’t lose because they failed,” Mehler said.

“They tried everything and nothing worked because the universe doesn’t give a s*** about justice. It’s all predestination, and you all are predestined to lose just like the Indians.”

Mehler says he could not care less about his students and does not even want to know their names. Instead, he just assigns them random numbers and gives them grades at random.

Those who end up with high scores are “predestined” to pass, he says, while those who fail are predestined to fail. It is as simple as that in Mehler’s mind.

“It doesn’t matter if you f***ing go to church or give to charity – your actions don’t count,” Mehler explained, contorting the Christian view of predestination to fit his own perspective on grading.

If you can stomach it, the full video above will give you a more complete picture of how Branch Covidianism is rotting the brains of its adherents. Mehler, meanwhile, has been put on leave following this video surfacing.

The latest news about the meltdown of the world due to plandemic hysteria can be found at Collapse.news.