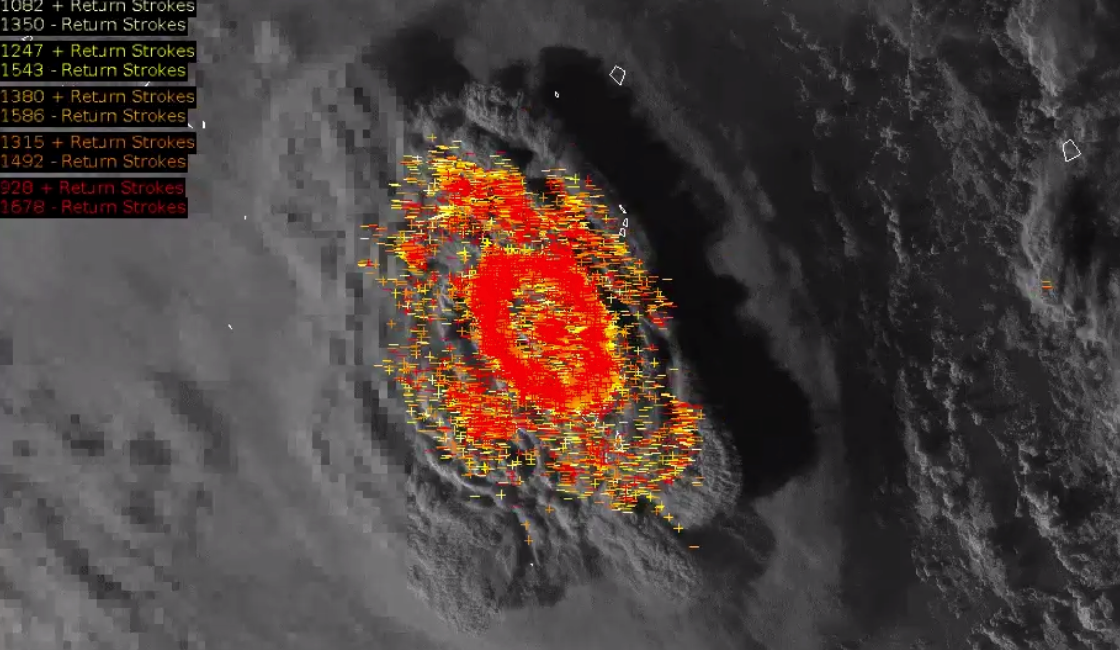 Why does our planet keep getting hit by “historic disaster” after “historic disaster”?  Over the past couple of years, an extremely unusual series of hurricanes, tornadoes, droughts, floods, earthquakes and volcanic eruptions has rocked the globe.  Authorities keep telling us that “everything is normal”, but the truth is that there is absolutely nothing about any of this that is “normal”.  Major changes appear to be happening to our planet, and that has enormous implications for our future.  Unfortunately, the corporate media gives very little attention to the major disasters that take place outside of the United States, and so most Americans don’t even understand the seriousness of what we are facing.

Over the weekend, the Hunga Tonga-Hunga Ha’apai volcano in Tonga experienced a “once in a thousand years explosion”.  This eruption sent a 3 mile wide mushroom cloud of red hot ash, steam and gas 12 miles into the air.

To put that in perspective, the entire island of Manhattan is only 2.3 miles wide.

This eruption was so massive that it actually created an entirely new island, and the sonic boom from the blast could be heard 6000 miles away in Alaska…

Satellite images showed the spectacular eruption that took place on Saturday evening, with a huge plume of ash, steam and gas.

A sonic boom could be heard as far away as Alaska.

In Tonga, it triggered tsunami waves that crashed ashore and sent people rushing to higher ground.

One of the most remarkable things about this disaster is the incredible amount of volcanic lightning that it produced.

It is being reported that there were approximately “200,000 lightning events” during the first hour of the eruption alone.

We are talking about an event that truly belongs in the history books.

Unfortunately, once it became clear that the tsunami waves that were going to hit the west coast would not be that serious, the corporate media largely began downgrading this story.

But needless to say, this is probably the biggest event to ever hit the nation of Tonga.  When the tsunami arrived, many residents of Tonga had no warning at all…

One Tongan resident, Mere Taufa, spoke to the New Zealand news site Stuff.co.nz and said the eruption hit as her family was preparing for dinner.

“My first instinct was to take cover under the table. I grabbed my little sister and screamed at my parents and others in the house to do the same.”

Fortunately for those living on the west coast of the United States, the tsunami waves were not very high by the time they traveled all the way across the Pacific Ocean from Tonga.

In fact, the largest wave that was reported on the west coast was just 4.3 feet tall…

A wave of 4.3 feet was reported in Port San Luis California, according to the National Weather Service. Large waves were also reported in King Cove, Alaska, La Push, Washington, and several other locations.

Two people were transported to the hospital after being swept into the water Saturday afternoon at San Gregorio State Beach, according to local fire officials. One was taken by helicopter.

We should be thankful that there were only a few injuries in the U.S., but let this event also serve as a warning.

In previous articles I have warned that the west coast is extremely vulnerable to tsunamis, and it is just a matter of time before a really big one comes along.

As for Tonga, life in that island nation of 105,000 people will never be the same after this.

At this moment, it is absolutely covered in volcanic ash, and the tsunami has caused immense devastation.

But we won’t know the full extent of the catastrophe for some time, because phone and Internet links to the country have been severed…

Tsunami-hit Tonga remained largely uncontactable on Sunday with telephone and internet links severed, leaving relatives in faraway New Zealand praying for their families on the Pacific islands as casualty reports had yet to come through.

And now that once dormant volcanoes are roaring to life all over the globe, sitting on top of an area known for past volcanic activity may not be a great place to be.

Just ask those that decided to move to the Canary Islands before the most recent eruption.

In my entire lifetime, we have never seen an event such as this happen in the Pacific.  One expert that was interviewed about this disaster called it “humbling and scary”…

Dave Snider, the tsunami warning co-ordinator for the National Tsunami Warning Centre in Palmer, Alaska, said it was very unusual for a volcanic eruption to affect an entire ocean basin, and the spectacle was both ‘humbling and scary’.

I really do hope that a lot of people are “scared” by this disaster, because that may be what it takes to finally wake them up.

According to Volcano Discovery, more than two dozen volcanoes are erupting around the world right now.

And as I have discussed in recent weeks, major earthquakes are happening with increasing regularity all along the Ring of Fire.

Just before Christmas, a magnitude 6.2 earthquake struck just off the coast of northern California.

But I’ll bet that most of you have already forgotten about that quake.

And that is because we have already witnessed several other natural disasters that were much more severe since then.

It seems like almost every few days another “historic disaster” is happening somewhere in the world.

As I said at the start of this article, this is not “normal”, and I believe that what we have experienced so far is just the beginning.