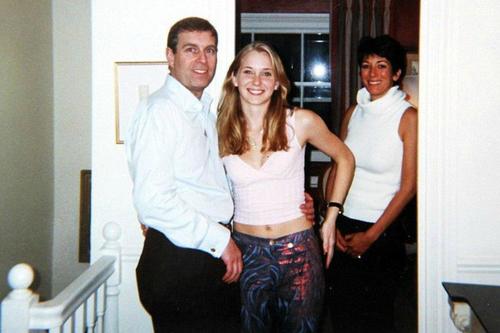 Convicted sex offender and UK socialite Ghislaine Maxwell will no longer appose keeping “vast swaths of information” about her “sex trafficking operation” with Jeffrey Epstein sealed, after accuser Virginia Roberts Giuffre requested they be made public, according to the Daily Mail.

One of Maxwell’s lawyer stated in a letter to federal judge Loretta Preska last week that the defense team will no longer object to exposing the identities of the “John Does” contained in a 2015 civil lawsuit brought by Giuffre against Maxwell.

“After careful review of the detailed objections submitted by Non-Party Does 17, 53, 54, 55, 73, 93, and 151, counsel for Ghislaine Maxwell writes to inform the Court that she does not wish to further address those objections,” reads the Jan. 12 letter signed by attorney Laura Menninger.

“Each of the listed Does has counsel who have ably asserted their own respective privacy rights. Ms. Maxwell therefore leaves it to this Court to conduct the appropriate review consistent with the Order and Protocol for Unsealing Decided Motions,” the letter continues.

Guffre’s attorney, Sigrid McCawley, argued that “generalized aversion to embarrassment and negativity” from being associated with Epstein wasn’t enough to keep the documents private, particularly in light of the “great public interest” in the case, and the fact that Maxwell’s trial for trafficking underage girls has finished.

“Now that Maxwell’s criminal trial has come and gone, there is little reason to retain protection over the vast swaths of information about Epstein and Maxwell’s sex-trafficking operation that were originally filed under seal in this case.”

Meanwhile, an ITV documentary scheduled to air Tuesday alleges that Maxwell and Prince Andrew were so intimate that she was allowed to enter and exit Buckingham Palace at will.

While working in the Royalty and Specialist Protection Command unit, former officer Page stated that a colleague of his “remembered her coming in four times in one day,” as she regularly visited the prince when he was living at the palace.

Maxwell visited Buckingham Palace in 2001, according to Page, the same year that Jeffrey Epstein accuser Virginia Giuffre alleges Prince Andrew had sex with her at the British socialite’s London townhouse. –RT

“I first met Ghislaine Maxwell in 2001. From the way she was allowed to enter and exit the palace at will, we realised and suspected that she may have had an intimate relationship with Prince Andrew,” Page says – a claim which was supported by Maxwell friend and banker, Euan Reille, who claimed that he “got the sense that Prince Andrew and Ghislaine had probably been girlfriend and boyfriend in the past” due to their “easy warmth around each other.”

Last week – just one day after Prince Andrew lost a bid to dismiss a sexual abuse lawsuit brought against him by accuser Virginia Giuffre, the Royal agreed to be stripped of all official military affiliations and Royal patronages.

In a brief Thursday statement, Buckingham Palace announced that Prince Andrew, with the Queen’s approval and agreement, has given up his Royal patronages, and will “continue not to undertake any public duties.”

Andrew “is defending this case as a private citizen,” the statement concludes – referring to his pedo sexual abuse trial that was allowed to proceed last Wednesday.