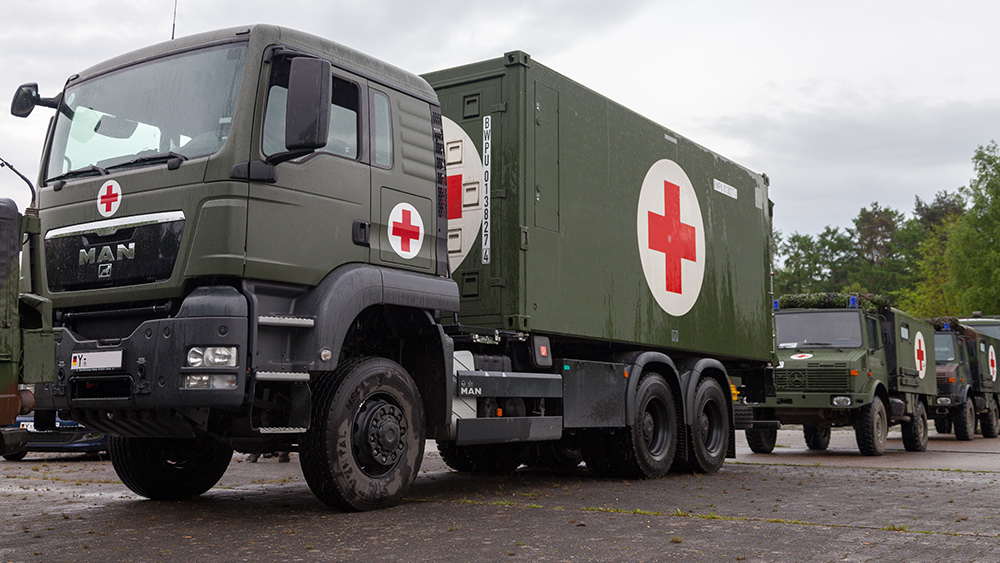 (Natural News) The American deep state, in cahoots with globalists the world over, decided at the outset of the COVID-19 outbreak to use the pandemic to advance their tyrannical agendas, and they have been marching towards them with alarming speed ever since.

One of the objectives has always been gaining complete control over the U.S. healthcare system, a process that began in 2009 when then-President Barack Obama and majority Democrats introduced the misnamed “Affordable Care Act,” a.k.a. “Obamacare,” which was literally an attempt to federalize nearly all medical care in the country and give bureaucrats the authority to make life-or-death decisions regarding Americans’ health.

Obamacare survived several legal challenges and was literally declared ‘constitutional’ by U.S. Supreme Court Chief Justice John Roberts, who invented language in the law to claim the individual mandate was a “tax” when even Obama said that it wasn’t. The individual mandate was repealed during Donald Trump’s first year in office after it was inserted into a major tax reform bill.

Nevertheless, the march to control U.S. health care continues, and again, the powers that be are using COVID as the platform, now even moving to militarize how we receive our care, as Reuters is reporting:

Another 1,000 military health workers are deploying to six U.S. states to help hospitals overwhelmed by a surge in Omicron-related COVID-19 cases, the White House said on Thursday.

The teams of between seven and 25 military doctors, nurses and other personnel will begin arriving in Michigan, New Jersey, New Mexico, New York, Ohio and Rhode Island next week to support emergency rooms and allow hospital staff to continue with other care, a White House official said.

“The number one request continues to be staffing,” Federal Emergency Management Agency Administrator Deanne Criswell told propaganda outlet CNN, while going on to say that additional states will also need military and federal medical reinforcements in order to ‘deal with’ the pandemic as the omicron variant, which is far less serious, by the way, continues to spread.

In reality, all Biden has to do is exempt medical personnel from his illegal vaccine mandate, and hospitals will instantly have enough staff to deal with whatever influx of patients there is. But he won’t because the objective is the federalization, and militarization, of our healthcare system.

How do we know this is unnecessary? Because if you recall throughout the first year of the pandemic when there weren’t any COVID vaccines, then-President Trump and the federal government as a whole praised and honored our frontline medical workers for remaining on the job and providing care as the virus spread. Trump provided them with as much support as he could but he did not impose mandates and requirements on hospitals that led to a shortage of experienced healthcare personnel as Biden has done.

That’s because Biden’s party is the counter-revolutionary party, the ‘destroy America’ party, and the objective is to take over American society in its entirety.

Everyone needs healthcare at some point; it only makes sense, then, to the warped left that they must control a vital service in order to control every person living in the U.S.

If you aren’t allowed to control your own body, then you don’t own it. Who owns it? The government owns it, according to SCOTUS, and all they need is to grant themselves sufficient legal authorization to forcibly inject you with absolutely anything they want, even if they have to change the definition of a “vaccine” in order to do it (which is exactly what they already did).