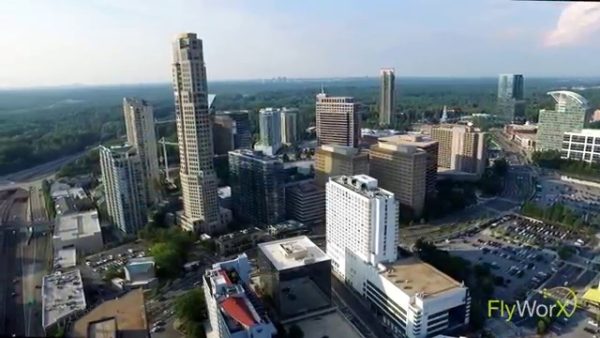 There is no more important story than what’s happening in the most affluent portion of Atlanta, where the predominately white area of the city is seeking to secede to form its own city.

Why? Because of black crime and the type of life black people create in the absence of white people. [In Atlanta’s Buckhead Neighborhood, Rising Crime Fuels Move to Secede: Potential loss of the city’s wealthiest and whitest area spurs debate as officials move to address homicides and property crime, Wall Street Journal, January 20, 2022]:

An increase in violent crime has spurred a movement in Atlanta’s wealthiest and whitest neighborhood, Buckhead, to push harder to secede and create a new city with its own police force. The idea, which has been gaining momentum over the past year, is raising alarm among Atlanta officials worried about a loss of population and tax revenue.

The Republican-majority state legislature, which just opened its 2022 session, is taking up proposed legislation this month for a referendum on Buckhead cityhood. Politicians in largely Democratic Atlanta oppose the idea.

Bill White, chief executive of the committee pushing Buckhead cityhood, said Atlanta hasn’t done enough to stem violence, car-thefts, drag-racing and other crimes that surged beginning in 2020, during the early stages of the pandemic and after civil unrest followed Black Lives Matter protests.

Atlanta leaders including Mayor Andre Dickens have said they are taking steps to address crime in Buckhead and the rest of the city and that remaining united is important.

Violent crime has risen in large cities across the nation, with several setting new records for murders in recent years. Philadelphia, Portland, Ore., Louisville, Ky., and Albuquerque, N.M., had their deadliest years on record in 2021. Atlanta had 158 homicides in 2021 and 157 in 2020, compared with 99 in 2019, according to the Atlanta Police Department.

There were 13 murders in Atlanta Police Zone 2, which includes Buckhead, last year through the week ending Dec. 25, up 63% from the same period in 2020. People have posted videos from Buckhead on social media of assaults, drag-racing, gunfire and other potentially criminal activity.

The surge in crimes—from murders to shoplifting sprees—has sparked political debates in many cities about how to best combat crime and what resources are needed. But in Buckhead, where 108,000 of Atlanta’s 510,000 residents live, the political debate has shifted from calls for more police officers to the possibility of splitting a city apart.

Jim Durrett, president and chief executive of the Buckhead Coalition, a group of community and business leaders that opposes secession, said establishing services and taxes in a new city would be more difficult than proponents claim. He also said the loss of residents and tax revenue would severely damage what remains of Atlanta.

The Buckhead Coalition and other groups are reaching out to residents about the complications and costs of Atlanta splitting apart. He said some people who were entertaining the idea of secession last year are starting to have doubts.

“I am a little bit worried today, but I am less worried than I was six months ago,” Mr. Durrett said.

Mr. White objected to Buckhead cityhood being viewed in racial or economic terms.

“You just want to get control of crime in your community,” he said. “It’s unfair to say that is racist.”

Annexed to Atlanta in 1952, Buckhead has long been known as a hub of restaurants, bars and clubs and is home to large estates. The Georgia governor’s mansion is in Buckhead.

The lead sponsors of the bill for a Buckhead secession referendum are State Sen. Brandon Beach and Rep. Todd Jones, both Republicans who represent suburbs north of Atlanta. Neither responded to queries seeking comment. Mr. Beach previously said in a statement that rising crime made Buckhead residents feel unsafe and they deserve a government responsive to their needs.

State representatives and senators who represent Buckhead, all Democrats, oppose the idea. If the state legislation were to pass, a referendum of all Buckhead residents could be held as early as this November. If the referendum succeeded, more legislation would be needed to implement secession.

This story was published in The Wall Street Journal.

Obviously the way forward is pushing for Shelley v. Kramer being overturned, but that would immediately restore the United States of America to its former glory.

The Bulkhead session movement is all about freeing white people of black criminality.