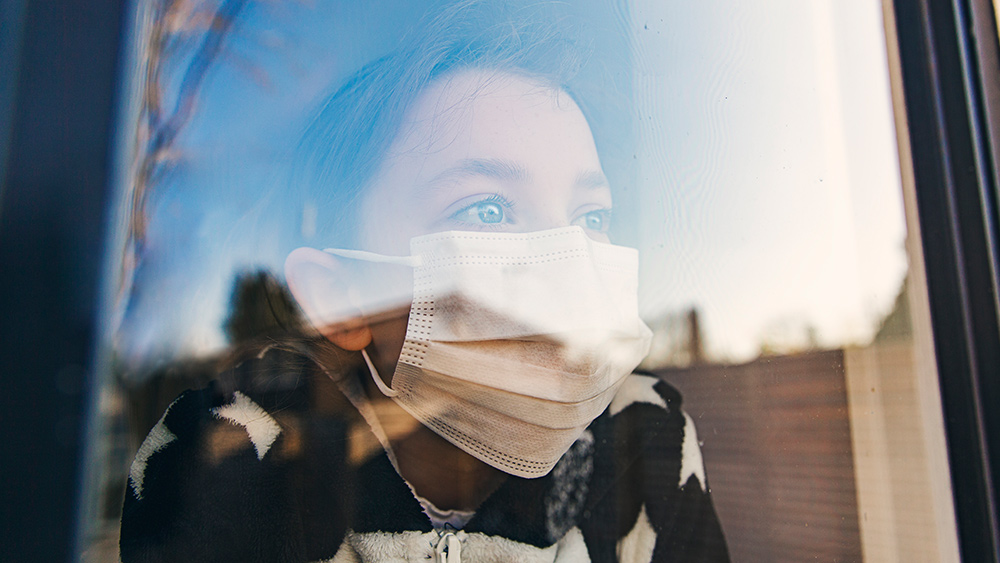 (Natural News) A horrific video clip is circulating the internet of a television show in Quebec, Can., where two young children, obviously propagandized, tell all about how they got “vaccinated” for the Wuhan coronavirus (Covid-19) and want the unvaccinated to go to jail for refusing to join them.

The clip begins with a female host asking two young children, possibly sister and brother, about whether they got their jabs in order to travel.

“Speaking of trips, do you guys have your vaccines?” the host asks.

“Yes! Both of us have a single dose,” the young girl responds.

“Oh yeah? And do you agree with mandatory vaccination?” the host responds, baiting a predetermined answer with this inappropriate question.

“Yes!” both children respond as the camera pans to show them “distanced” from one another on the couch, presumably by about six feet.

“It looks like I’ve drilled them, Julie!” interjects an excited obese woman, basically admitting that she groomed the children beforehand to offer up their politically correct answers.

“And what should we do with those who refuse to get vaccinated?” the first female host then asks.

“We should call the police,” the young boy responds with a smile on his face.

“Oh! Yeah!” an adult male host immediately responds in excitement to this answer.

“If they don’t have their vaccine, it can put a lot of people in danger,” the young girl then adds to the young boy’s response. “So, as the government is currently doing, we must restrict them little by little until they get tired of it and get vaccinated.”

After the little girl gets done spewing all this, the hosts all start cheering and clapping along with an audience clap-track.

This video is from channel “The Willow” on Brighteon.com.

The grooming tactics being deployed on children to brainwash them into supporting the persecution of their neighbors and even family members over covid injections are the same ones used at schools to promote the LGBTQ agenda.

Confusing children about which gender they are and which bathroom to use is no different than confusing them about Fauci Flu injections and telling them that everyone is going to die unless everyone gets jabbed.

“To use children to further the insanity of the so-called ‘vaccines’ is perverse and a form of child abuse!” expressed a Brighteon user in response to the above video.

“This is absolutely pathetic,” wrote another. “Turning children against adults is a recipe for future disaster.”

Another pointed out that this type of thing has been going on for decades. First there was outcome-based education, which turned into “woke” mob indoctrination, which has now turned into Branch Covidianism disguised as “science” and “education.”

Where does it all end? Unfortunately, there does not appear to be an end as long as parents keep on sending their little ones to the government indoctrination centers known as public schools.

“Actually, it might BE a good idea for the FBI to arrest and charge all parents with terrorism who have not removed their children from the American education system,” suggested a reader at Natural News about an alternative approach to this problem.

It is a matter of fact that sending children to public schools these days is a form of child abuse. Instead of learning reading, writing and arithmetic, many of them are learning about how all White people are evil, and how there is no such thing as male and female.

The latest news about covid child grooming can be found at Pandemic.news.