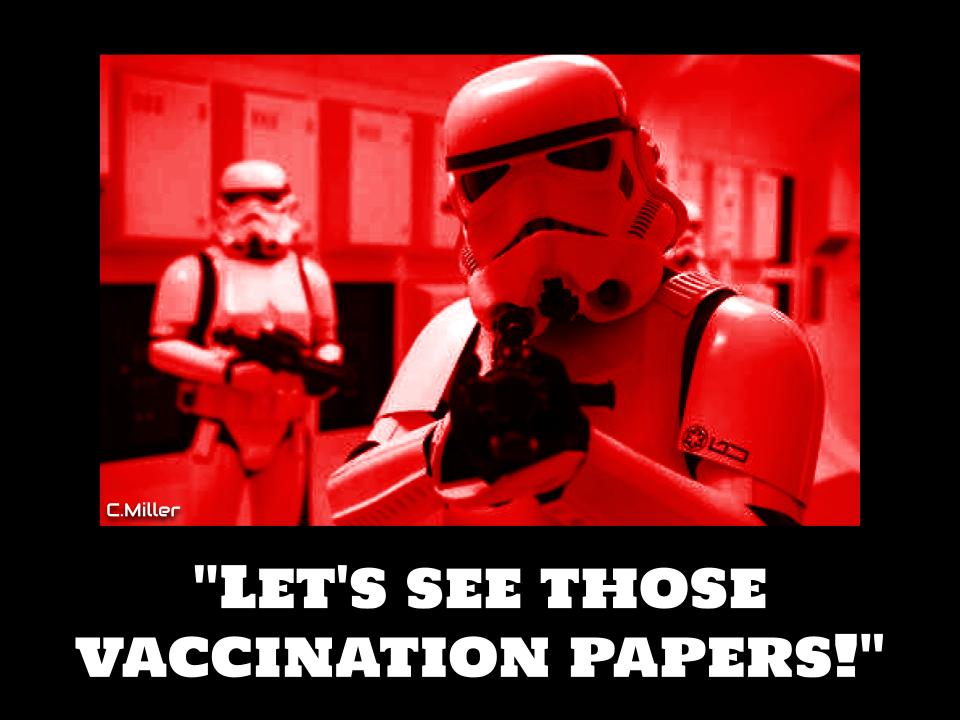 I wonder why it is that we haven’t heard by now of the FBI in full raid on regalia having stormed Dr. Anthony Fauci’s home in the wee hours of the morning (with CNN anchor and camera crew in tow) for the purpose of confiscating all of Fauci’s electronic equipment, hard drives, computers and devices? Why haven’t we heard by now of the FBI having raided Fauci’s work place and confiscating all of his electronic equipment, hard drives, computers and devices there too? After all, the entire nation knows now (at least those of us paying attention) that Fauci knowingly lied through his teeth during his Senate hearings in respects to the gain of function research funding and origins of the Covid virus. Lies Fauci deliberately told the nation from what I believe to have been the motivation of a pretentious narcissist and egocentric psychopath, obfuscating the fatal truth of a deadly matter that could potentially place the deaths of hundreds of thousands (if not millions) of people squarely at Fauci’s feet. As Senator Rand Paul himself has previously inferred in one of his many heated exchanges with Fauci during Senate hearings.

So where are you FBI? You’ll raid the homes of parents who attend school board meetings daring to protest school curriculum that either exposes their children to sexually explicit materials, or this racist Critical Race Theory or Covid related mandates and label them “domestic terrorists”. Seriously??? You’ll raid the homes of Trump associates based on a Clinton funded dosier made up of falsified information against president Trump. I think we all understand why no efforts are being made to hold Fauci accountable. Much like former-governor of New York state, Andrew Cuomo, and his role in the deaths of thousands of seniors by having deliberately placed Covid infected individuals among them in their nursing homes, Fauci also seems to possess a political immunity to any accountability for his own gross criminal negligence. 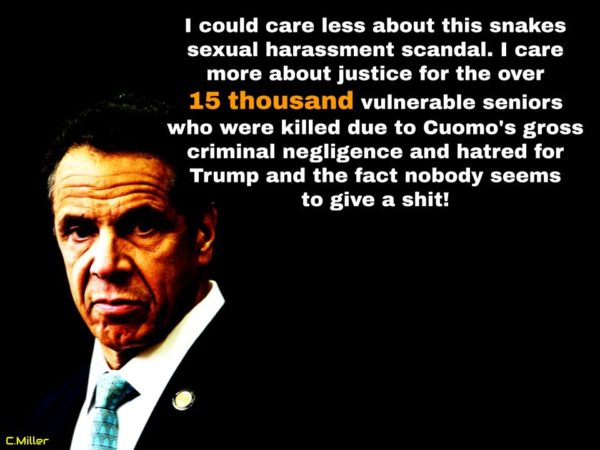 Who then can we actually rely on anymore to uphold the rule of law in Washington? Democrats have so thoroughly corrupted and warped virtually every federal institution as the GOP establishment (with very few exceptions) have sat back aiding this insurrection either by out-and-out collusion or apathetic cowardice. And this is why I wouldn’t piss on any of them to put them out if they were on fire.

So in summary, we know Fauci intentionally lied about two critical details to this manufactured Covid crisis concerning both the funding for the gain of function research and consequently the virus having had its origins at the infamous lab in Wuhan rather than some dubious wet market location. Lies which fomented a subsequent pandemic during these past 2 years of hysteria and political tyranny from hell the likes of which has never been seen before in our country, over a virus with a more than 99% survival rate. And throughout all of this, we’ve recently learned courtesy of the watchdog group, OpenTheBooks.com, that Anthony Fauci, currently the highest paid federal employee who makes more than the president of the United States himself, has handsomely profited from his federal employment, royalties, travel perks, and investment gains, OpenTheBooks.com CEO Adam Andrzejewski asserted. 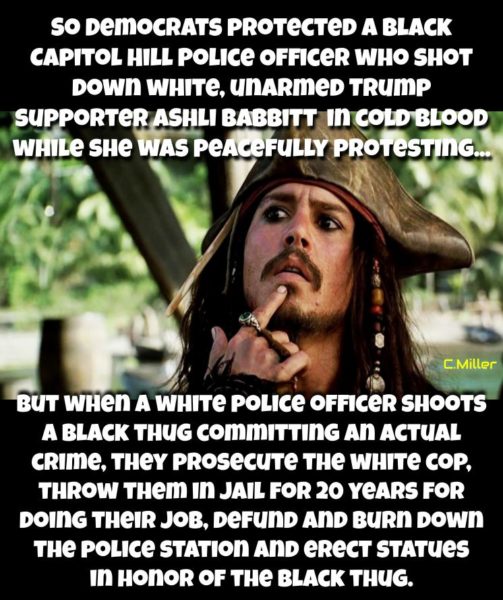 There’s so much accumulating information to investigate and pore over that it almost feels like sifting through the wreckage of a Lincoln Log factory after it was hit by an F-5 tornado and afterwards having to account for and categorize every log by hand. Not to mention these times we find ourselves living in today where it appears the Left is trying to assimilate and superimpose 20th century Nazi Germany onto 21st century America. And yes, I do understand that it’s all a grotesque amalgamation of Saul Alinsky’s rules for radicals blended with one flew over the Cuckoo’s nest. During this entire hyper-exaggerated Covidocalypse, science itself has been shamelessly exploited by these self-serving sons of bitches for their own self-aggrandizement and financial profits. The careers and reputations of reputable medical professionals have been systematically smeared and eviscerated by Fauci and his cronies protected by Democrats and their media/big tech Stormtroopers for daring to oppose this fabricated narrative built on lies. 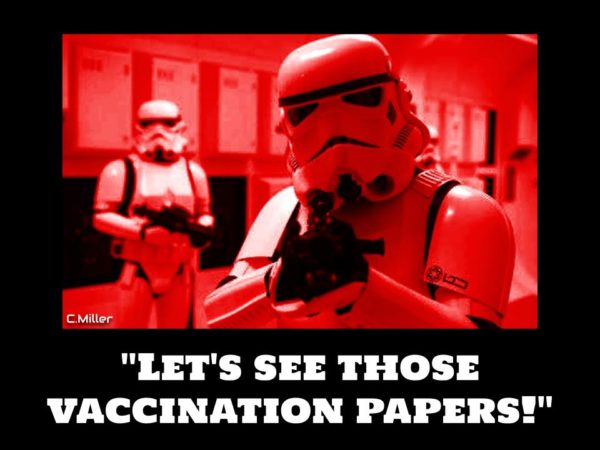 The bottom line in all of this is that countless people have died unnecessary deaths at the bloody hands of Fauci’s hubris and our governments complicity. China’s involvement goes without saying, but who’s going to hold them accountable? So many politicians in either  Party are in the CCP’s pocket. How else do you explain Democrat Senator Dianne Feinstein having a ChiCom spy on her own payroll for 20 years without allegedly having a clue as to his true identity? Clueless my ass. During his August 6th, 2018 program broadcast, here’s what the late, great, irreplaceable Rush Limbaugh had to say about that… 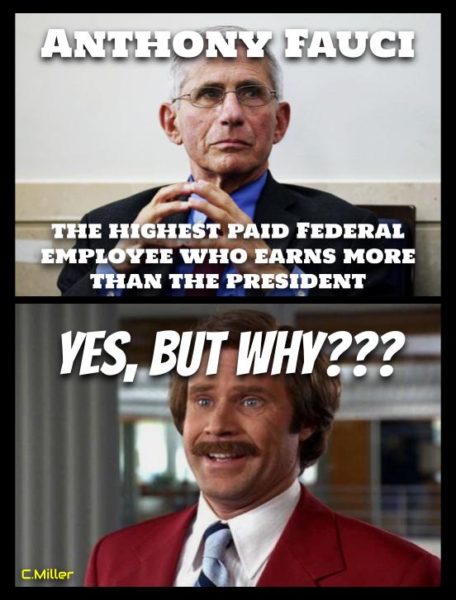 You can be certain wherever and whenever Democrats are involved, their crimes and corruption will never be held accountable for as long as these political mafioso’s are in control and it continues benefiting them and their own seditious agendas and insurrectionist schemes. Fauci and all who colluded with and aided him in this premeditated atrocity need to stand trial for their transgressions and crimes against humanity. If there were any remnant of justice left unspoiled in our nation, the last thing everyone of those responsible would feel would be the jab and cold fluid rush in their veins of lethal injection sending them straight into the unquenchable infernos of hell.