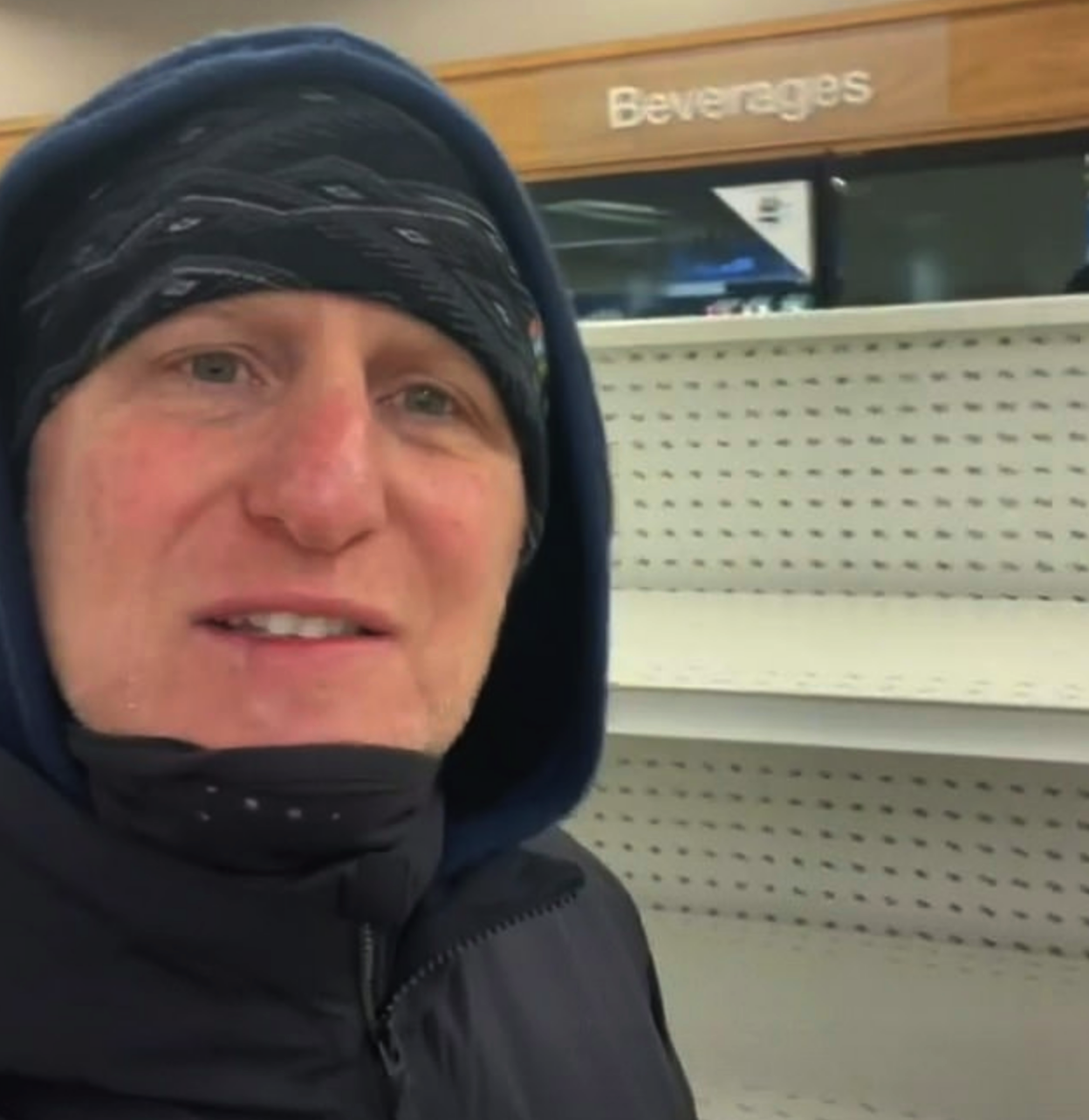 Hordes of local pharmacies are shutting down in major cities all over the nation, and it isn’t because of the economy.  Sadly, because shoplifting has become so rampant in places such as New York, Chicago, San Francisco and Los Angeles, large chains are determining that it is no longer profitable to do business in many communities.  If I was in their shoes, I would be doing the same thing.  Thanks to politicians that are extremely soft on crime, professional looters are going hog wild, and in many cases security guards are instructed to simply stand aside and let them take whatever they want.

The other day, actor Michael Rapaport literally watched a professional looter fill up his bags as he roamed through a drug store.

Rapaport was absolutely furious, because he depends on that local Rite Aid pharmacy for his mood stabilizers.

And I don’t think that we want to see Michael Rapaport without his mood stabilizers.

After the looter completed the job of filling up his bags, Rapaport filmed him as he walked right past a security guard and out of the store.

But that is not where the story ended.

On Sunday, Rapaport went back to his local Rite Aid, and he discovered that it would soon be closing down “because everybody stole everything”…

Actor Michael Rapaport returned to his neighborhood Rite Aid on Sunday only to find shelves empty just days after he saw a brazen thief calmly walk out of the store with two shopping bags full of stolen goods.

‘Back in my Rite Aid,’ he said in a video posted to his Instagram on Sunday. ‘And there’s nothing to steal because this Rite Aid like so many other Rite Aids is closing down because everybody stole everything. And the workers here don’t know if they’re getting jobs.

During his return visit, a security guard told Rapaport that the store was being hit by thefts similar to the one that Rapaport filmed “on an almost daily basis”.

Most retailers operate on very thin margins, and so very few would be able to survive for long in such an environment.

As stores close down, bleak inner city communities will become even bleaker.

What is truly sad is that these crooks don’t actually need to be looting.  A couple months ago, there were more than 10 million job openings in the United States, and at this point large employers are so desperate for people that they are literally hiring anyone with a pulse.

Over the past year, millions of workers have “disappeared” from the system, and this has created an epic labor shortage.

So nobody in America needs to turn to a life of crime in order to survive.

But countless young people are doing it anyway.

In New York City, the overall crime rate has risen nearly 39 percent so far in 2022.  Of course crime is not just out of control in our largest cities.  The other day, I was deeply saddened to read about an extremely tragic murder in Alabama…

The slain husband of a former Miss America contestant was tragically gunned down in front of his wife and two-year-old son in a rough Alabama neighborhood while educating impoverished strangers about the powers of God, his friends and family say – just days after the couple celebrated their sixth wedding anniversary.

Thomas Hand Jr., 37, who considered himself a born-again Christian, was sharing information about Christianity in Montgomery on Saturday with his wife and toddler when a man – mumbling – walked up and shot him, his friends told DailyMail.com.

Thomas Hand Jr. was just trying to share Christ with a lost and dying world.

And now he has gone on to the other side.

My guess is that his murderer was probably on drugs.  Right now, the drug problem in the United States is the worst that it has ever been, and this is particularly true in west coast cities such as San Francisco…

Images taken by DailyMail.com show a woman slumped over in a wheelchair, her pants down around her ankles, preparing to inject a needle into her thigh. The woman sitting on the ground next to her has a needle to her neck.

Many others are sitting on the ground among trash, empty food containers and dirty blankets, as they fumble in with drug paraphernalia in the cold weather.

There are very few communities in the U.S. that aren’t dealing with a major drug problem, and the victims are getting younger and younger.

For example, I recently came across a story about a 13-year-old boy that suddenly died after overdosing on fentanyl…

A 13-year-old Connecticut boy who died after overdosing on fentanyl at school had about 100 bags of the powerful synthetic opioid in his bedroom, police said.

Cops in Hartford found the potent drugs while executing a search warrant at the home of the seventh-grader on Jan. 13 after he overdosed earlier that day, department officials said in a statement Tuesday.

How in the world does a 13-year-old boy get his hands on 100 bags of fentanyl?

Of course more fentanyl comes pouring in from China and from Mexico on a daily basis, but the Biden administration seems to think that border security only applies to Ukraine.

We are in the midst of a complete and total societal meltdown, and our national leaders don’t seem to want to do anything to stop it.

So the drugs are going to continue to flow.

And crime is going to continue to get worse.

We truly have reached a critical turning point as a nation, and the road ahead looks very, very troubled.