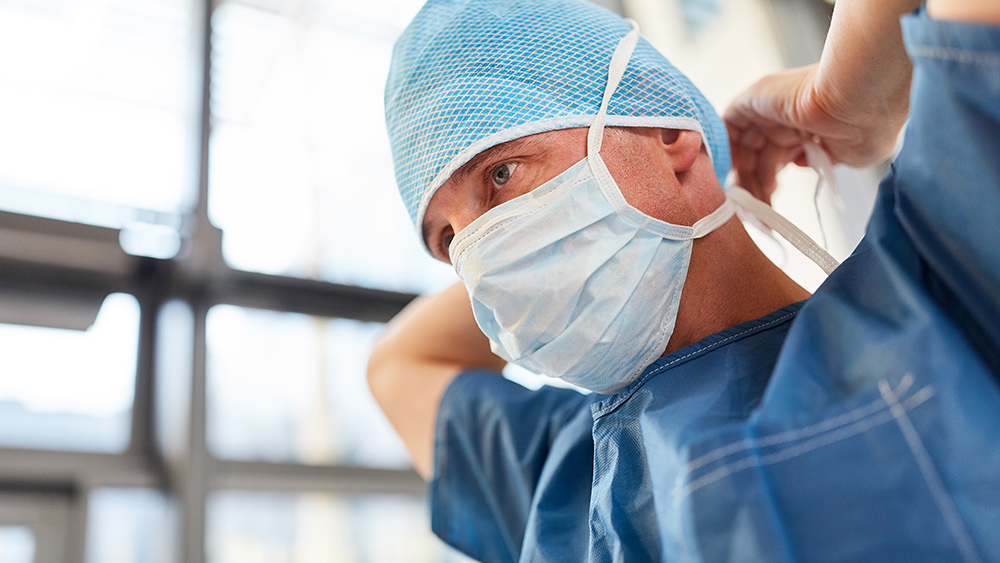 (Natural News) Christine Elliott, the Deputy Premier of Ontario, Can., does not approve of doctors in her province having any free speech rights, or even the right to practice medicine, if they violate her government’s Wuhan coronavirus (Covid-19) narrative.

In a speech, Elliott told her constituents that she is calling for increased censorship of physicians who say or do anything outside the bounds of the official story, which is that masks and vaccines are the only cure for the Fauci Flu.

“I want to respond to some extremely concerning reports that some doctors are spreading misinformation about vaccines,” Elliott read from her script.

“At a time when it’s never been more important for Ontarians to have confidence in the safety and effectiveness of vaccines, this is unacceptable.”

The solution, Elliott went on to explain, is to silence all doctors who disobey her dictates, and even take away their medical licenses.

“I will be sending a letter to the College of Physicians and Surgeons of Ontario urging them to do everything that is possible to put an end to this behavior,” Elliott said.

“They should consider all options in doing so, including reviewing the licenses of physicians found to be spreading misinformation.”

Ontario Health Minister Christine Elliot is accusing some doctors of spreading "misinformation about vaccines." Elliot urged the College of Physicians to do "everything" possible to censor these doctors.

Christine Elliott is deranged and dangerous

Elliott previously expressed her deep fears about the omicron (moronic) variant of the Wuhan Flu, which is just the common cold.

In her mind, moronic is really scary and requires full obedience from the medical profession in getting more people vaccinated, even though the jabs are what is spreading moronic.

“We are starting to see glimmers of hope,” Elliott told a press pool in a dramatic speech. “The sacrifices you are making now mean we are beginning to see signs of stabilization.”

Stabilization from what, exactly, was not explained. Since time immemorial, people have been getting the sniffles, and Elliott is acting as though it is the end of the world.

This deranged Branch Covidian, if she was not a political leader, could simply be ignored or perhaps admitted to the nearest mental hospital for treatment of her delusions. Unfortunately, she holds power in Ontario and is not afraid to wield it.

As we reported, Ontario is already suffering immensely from Elliott’s earlier dictates, one of which involved firing all unvaccinated doctors and nurses throughout the province.

This resulted in a major shortage of health care staff, which then prompted Elliott to cancel all “non-urgent” surgeries because there are not enough medical workers to go around anymore.

Now, Elliott wants to drive the final nail in the coffin for Ontario by removing the medical licenses of all doctors and health care practitioners who refuse to buy in to her grand delusions about the moronic variant and the injections.

“Any doctor who obeys that witch doesn’t have credibility,” someone wrote in response to Elliott’s announcement.

“It is disgusting that these dues-supported institutions are siding with and abetting the destruction of the American healthcare system.”

Others noted that Elliott is an unqualified politician who reads scripts while the doctors she wants to disbar all went through medical school and know far more than she does about medicine.

More related news can be found at Fascism.news.