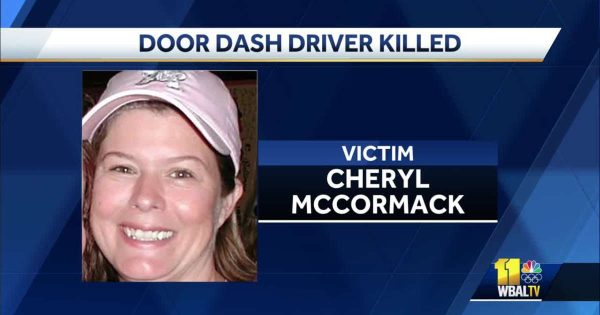 Fox News host Tucker Carlson has been slammed on Twitter after comparing Baltimore to Haiti on his Tuesday night show.

“Whatever you do, don’t go to Baltimore”, said Mr Carlson while referring to it as only 40 miles from where White House press secretary “Jen Psaki lives”. It’s one “of the worst places in the Western Hemisphere,” he continued, “it’s a little bit of Haiti in the Mid-Atlantic”.

David Simon, the creator of highly acclaimed TV drams The Wire, which is set in the public housing projects of West Baltimore, led the criticism of Mr Carlson’s comments: “Here now at a bar on Aliceanna Street with some friendly neighbours where we are presently sticking pins in a Tucker Carlson doll. Doll seems to like it a bit too much in its nether regions.”

“The reason Tucker Carlson (and Trump, etc) keep trashing Baltimore is because it has a large Black population. It’s really that simple,” said another user, referencing Donald Trump’s 2019 claim that Baltimore was a “rodent infested mess”.

“[Tucker Carlson] does more harm to the republic on a nightly basis than any issue in Baltimore. We have issues, but this is also a beautiful city,” said another Twitter user.

“Baltimore has Black people in it so it must be compared to a struggling predominantly Black nation. Fun fact, the causes of trouble in both places are directly tied to racist US policy,” said another user.

Mr Carlson went on to state on his show that Baltimore is a result of what happens if you “believe in the equity agenda and consider gender studies a legitimate academic discipline. In Baltimore pretty much everyone in charge is Black, and it’s a matter of religious faith that the main thing that holding the city back is white racism,” said the host.

The Fox News host’s comments came on the first day of Black History Month in the US, which celebrates the achievements of Black Americans and their significant role in US history.

What achievements? What significant role do blacks play in America’ history?

The quality of life found in 2022 Baltimore, a 75% black city, is a reminder of the contributions of individual blacks collectively to American history.

A Baltimore County mother is one of the recent victims of Baltimore violence, and police are asking for help finding her shooter.

Cheryl McCormack’s husband said she was trying to make some extra money by driving for DoorDash earlier this week when she was shot and killed. Police said it was an attempted robbery.

“I’m going after the city,” McCormack’s husband, who didn’t want to be identified, said. “This has got to stop. It’s senseless.”

McCormack’s husband is fed up with Baltimore’s ongoing violence, like so many others.

“Wife’s killed the same night as the La Scala gentlemen was killed,” he said.

Baltimore Police said McCormack was shot during a robbery around 2 a.m. Monday morning, just hours after a well-known Little Italy restaurant manager was also killed in the city.

McCormack’s husband tells WJZ she was driving for DoorDash that morning when her car broke down in the northeast 3900 block of White Avenue. She had a friend in the car with her.

“The friend was going to get gas,” her husband said. “It ran out of gas. As he was walking up the road, he was accosted by two individuals. They tried to take my wife’s wallet and her purse. She wouldn’t give it up and they shot her.”

The friend survived the robbery, but the suspects got away.

People in the area are shocked by the shooting.

“I walk around here every day,” Teon Little of Baltimore said. “I don’t normally see stuff like that.”

McCormack’s husband said he plans to write to the city about the violence that took his wife’s life. She leaves behind three children.

“(She was) fun,” he said. “Loving. Good mother. We’re going to get through this and we won’t forget.”

McCormack’s family will lay her to rest on Tuesday.

Another white victim of black violence in a city Carlson dubbed a “little bit of Haiti in the Mid-Atlantic.”

100 years ago, Baltimore was 88 percent white and a world-class city; today, it’s one of the most violent cities in all of the world and boasts a population nearly 80 percent black. If only considering the black population for a homicide rate per 100,000, Baltimore might be the world’s most dangerous city.

Another white victim of black crime in Baltimore, America’s Haiti in the Mid-Atlantic.