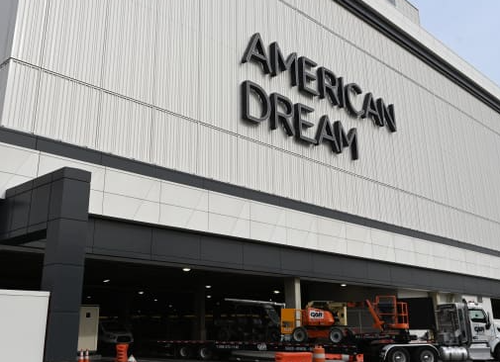 It has just $820 (numbers not in thousands) in its reserve fund and it’s now “unclear” whether or not the mall’s owners will be able to make their next interest payment on about $290 million of debt, according to CNBC. The mall just made an interest payment of $9.3 million but has another interest payment slated for August of this year.

The mall is planning on opening more than 100 new retail, entertain and restaurant shops this year, a spokesperson for the mall said. The complex is about 3 million square feet and sits on about 90 acres. It charges about $115 for day passes to its water park and about $80 for day passes to its indoor ski slope (every mall needs one).

But bond servicer Trimont Real Estate Advisors said this week that the mall wasn’t offering mandatory updates on project expenses and performance, the report says. They wrote in a January 18 letter to the mall: “While everyone appreciates the difficulties posed by the pandemic, and the likelihood that grant revenue received now may not be sufficient to fully pay the bonds, that does not relieve the developer from responsibility to comply with its obligations under the various agreements.”

We noted in summer of last year that the mall was drowning in debt. We wrote that the mall saw its opening delayed more than once and suffered from the extremely unfortunate timing of the pandemic.

Owners the Ghermezian family were having trouble preventing the mall from “hemorrhaging cash”, according to Bloomberg at the time, who also noted that the family had already hired advisors to help restructure the project’s $3 billion in debt.

Lenders for the project, including J.P. Morgan, Goldman Sachs and Soros Fund Management, stood to face losses on about $1.7 billion in construction loans, we noted last summer. The project was carrying about $1.1 billion in municipal debt at the time.

Neil Shapiro, a New York real estate attorney, said of the project last year: “It’s been like watching a train wreck that goes on forever. There aren’t a lot of projects that lose at least $3 billion that we’re still talking about as projects.”

The Ghermezian family had already hired adviser Houlihan Lokey Inc. and the law firm of Weil Gotshal & Manges to help them with restructuring.

Anjee Solanki, director of retail sales for Colliers, said last year that the family would get a chance to right the ship in a restructuring scenario, due to their expertise in running malls: “There’s going to be at least one shot at letting the Ghermezians work it out.”