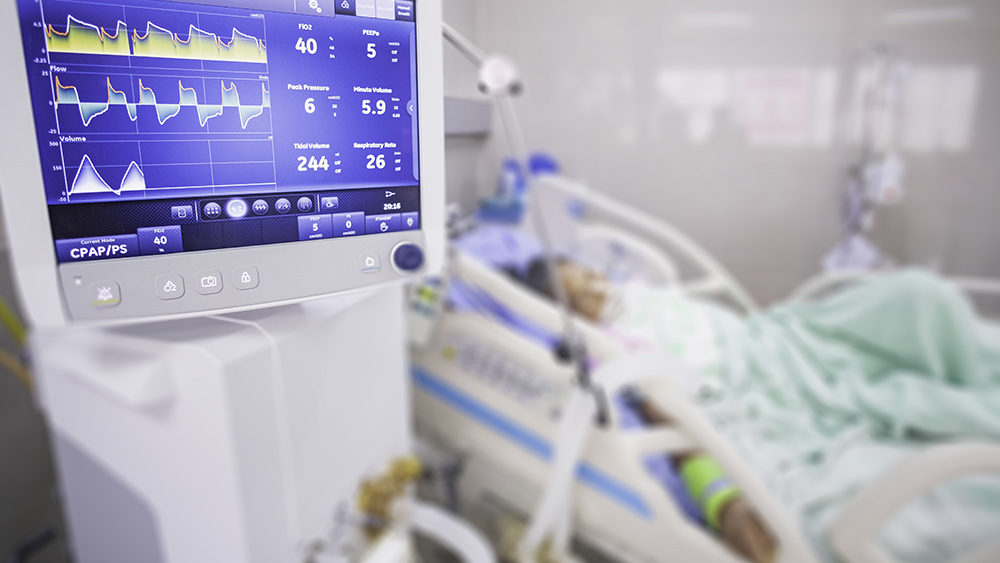 (Natural News) Scott Schara and his wife have witnessed something no parent should ever see: the death of their own child. He shared that horrible experience during the February 8 episode of “Lawfare with Tom Renz” on Brighteon.TV.

Grace was a 19-year-old young lady with special needs. Her condition made her unable to communicate effectively with people. That’s why her father – Schara – never left her side when she was admitted to a hospital with the Wuhan coronavirus (COVID-19).

For reasons that still leave Schara puzzled to this day, he was forced to leave on Grace’s fourth day at the hospital.

“At seven o’clock in the morning, the head nurse came in the room with an armed guard and said that I need to leave immediately. And I said, ‘What is that based on?’ And she said, ‘Well, you’ve shut off the alarms at night.’ And I said, ‘Well, that’s because the nurses trained me [to],’” Schara recounted.

“These alarms are going off 20-30 times a night, and oftentimes its 30 minutes before the nurses come in. And so I said, ‘They trained me how to shut it off so that Grace isn’t up all night.’ And she said, ‘Well, the main thing is the last three shifts of nurses don’t want you in the room.’”

The armed guard, who escorted him all the way to his truck, advised him to take the matter to a higher level.

“He knew what the deal was. Fortunately, our special needs attorney was available and she coached me on how to get my daughter Jessica in the room as a replacement advocate. So, I started that process right away.” Jessica was at Grace’s room the day she passed.

Hours before she died, Grace received an assortment of drugs – including three doses of lorazepam and a dose of morphine.

“Jessica has us on FaceTime. My wife and I are both watching. We’re seeing Grace and Jessica’s panicking because Grace’s numbers are tanking, and we’re hollering, ‘Get the nurses in the room.’ She said, ‘I’ve already done that but they won’t come in,’” Schara said.

“She [Jessica] estimated there were about 30 nurses outside the door at that time because of shift change. They would not come in the room. We’re hollering, ‘Come, save our daughter,’ and they holler back, ‘She’s DNR [do not resuscitate].’”

According to Schara, that was the first time they knew that Grace’s doctor had put in a DNR order.

Renz: We have a lot of stupid laws protecting hospitals

The lawyer proceeded to criticize Florida lawmakers for not overturning legislation that protects hospitals from lawsuits.

“The medical community has been talking, ‘Do something about tort reform.’ Well, let me tell you what tort reform has done. It has resulted in a situation where we can’t sue these hospitals that are murdering our people. You want to know why when you call me and you say, ‘Hey, can I sue the hospital for murdering my son, daughter or wife, husband, whatever?’ I say, ‘Well, I don’t know.’ The reason for that is because we have a lot of stupid laws that are protecting these guys,” Renz said.

Florida’s Senate has ended efforts to overturn what critics have called the “free kill” law, which prevents families from filing medical malpractice lawsuits against doctors or hospitals when the victims are adults.

In 1990, lawmakers prevented anyone over 25 from suing doctors for pain and loss judgments in malpractice lawsuits over the death of a parent if the parent was divorced or unmarried. The law permitted claims by surviving spouses or minor children.

The law also prevented parents of unmarried or childless adult children from suing for those judgments. At the time, Florida lawmakers said they were trying to hold down medical malpractice insurance rates and encourage doctors to stay in the state.

Florida’s Senate Judiciary Committee earlier postponed consideration of SB 262 that would have allowed parents of their adult children to win pain and suffering damages in medical malpractice lawsuits. It represents a victory for doctors and hospitals in Florida, as well as the state Chamber of Commerce, which said the current limits in the law keep their malpractice insurance premiums affordable.

Hospital yields to court order, permits use of lifesaving ivermectin on COVID patient.

Watch the full Feb. 8 episode of “Lawfare with Tom Renz” below. Catch new episodes of the program every Tuesday at 11:30-12 p.m. on Brighteon.TV.

Follow Pandemic.news for more news related to the coronavirus pandemic.