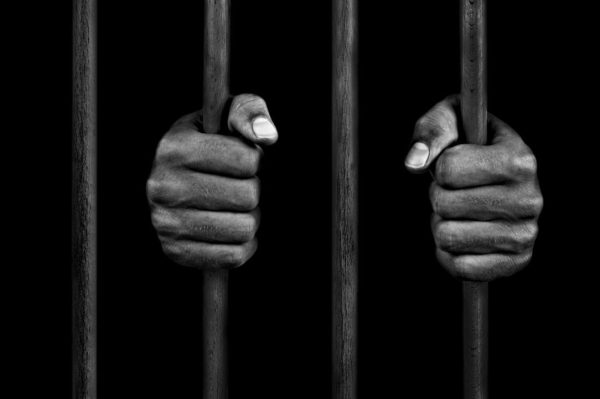 Getting tough on crime means putting almost exclusively black and brown criminals in jail, because not enough white people commit gun crime in New York City. In fact, Project Triggerlock in New York City saw only white people as only three percent of those charged with gun possession.

So, let’s make sure not make these federal cases because of “systemic racism rooted in our criminal justice system.” Let these BIPOC criminals flourish like weeds in primarily BIPOC communities, because otherwise it would be considered racist to dare have stiffer penalties for a crime white people seem uninterested in committing. [Don’t make a federal case out of gun possession; it harms Black and Latino New Yorkers, New York Daily News, February 10, 2022]:

Mayor Adams’ plan for curbing gun violence calls for the NYPD to bring more gun cases to federal prosecutors in order to take full advantage of stiffer penalties available in federal court. This approach would expand a Department of Justice initiative launched in the 1990s called “Project Triggerlock.” As President Biden prepares to meet with Mayor Adams, both men should remember the mistakes of the past: getting “tough” on crime through harsher sentences is a failed policy that must not be revisited.

Gun violence is a serious and enduring problem, but transferring more gun cases to federal courts to is not the solution. Not only is it wrong to assume that longer sentences deter crime, but they will harm New Yorkers by undermining Biden’s efforts to “root out systematic racism in our criminal justice system.” Project Triggerlock has disproportionately punished poor people of color and undermines important New York constitutional and legal protections.

My colleagues and I at the Federal Defenders of New York, Inc. represent the vast majority of defendants charged with gun possession in the Southern and Eastern Districts of New York, which include all five boroughs. Between 2015 and 2021, 77% of our Triggerlock clients have been Black and 97% have been people of color. These numbers are atypical for federal prosecutions. Over that same time period, only 20% of federal defendants nationwide were Black (although a majority of federal defendants were people of color). Most of our Triggerlock clients were arrested in the Bronx, which has the city’s highest percentage of Black residents — while Manhattan and Staten Island, which have the fewest, continued to prosecute its gun cases in New York courts.

This data indicates that Project Triggerlock disproportionately targets people of color, particularly Black people in New York’s poorest neighborhoods. Disparities also show up in the final outcomes of cases, as federal gun sentences for Black men were 19.3% longer than those for white men.

But bringing gun cases to federal court will not just increase the likelihood of longer sentences for poor New Yorkers of color — it will also lead to further unfair treatment for the individuals charged.

Being charged under federal instead of New York law causes our clients to lose important legal rights. New York’s Constitution generally accords greater protection to accused individuals than the U.S. Constitution, the most critical one being that illegally discovered evidence that could have been suppressed in New York court may be admissible in federal court. Additionally, possessing an inoperable weapon is not illegal under New York law, but a broken gun is treated the same as a fully-loaded working gun in federal court.

Our clients are also significantly harmed by federal bail and sentencing practices. Nearly 77% of our clients charged with Triggerlock cases between 2015 and 2021 were detained before trial, despite the presumption of innocence and strict monitoring that accompanies federal pretrial release. Moreover, federal rules call for enhanced sentences for clients who have sealed youthful offender records from before they turned 18. Under New York law, clients treated as youthful offenders do not have criminal records, but federal law treats these cases as prior convictions adding years to the recommended and eventual sentence our clients receive.

Marcus Amelkin is an attorney with Federal Defenders of New York.

Just make it illegal to arrest BIPOCs. Do it during Black History Month to truly solidify the move, making white people second class citizens in a nation they scarcely have a voice in.