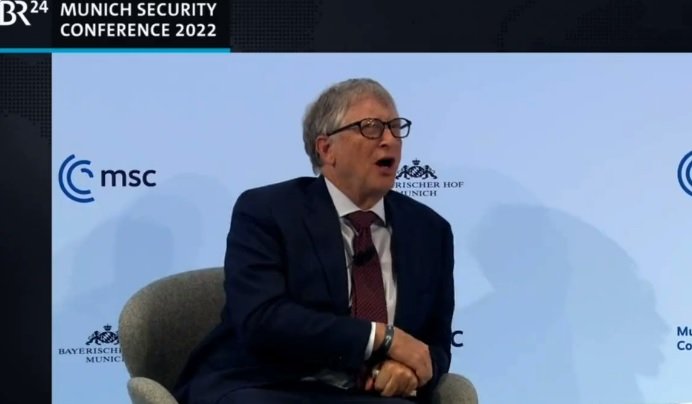 I don’t trust a word that Bill Gates says.

He is part of the disinformation and calculated political spin that pervades our society.

Regardless of my personal opinions, Bill Gats is newsworthy often.

Just please take his remarks with either a grain of salt or consider adding tequila and lime if that’s more your thing.

Joe Hoft has the latest…

In a panel discussion in Munich this week, Bill Gates claimed media reporting other than Mainstream Media reporting led to COVID deaths while comparing wearing masks to wearing pants.

The Daily Caller reported on comments made by Gates this week.

While speaking on a COVID-19 panel at the Munich Security Conference, Gates referred to the amount of “misinformation” surrounding his role in the handling of the virus to be “wild,” before appearing to mock critics of himself, Dr. Anthony Fauci and other public health figures. “You almost have to laugh about it. I mean, you know, Dr. Fauci and I are just killing millions of people to make money,” Gates quipped. “You know, hydroxychloroquine’s this miracle cure that … he and I have masterminded, avoiding people saving their lives by taking this thing.”

Gates appeared to scoff at the arguments made by politicians and individuals opposed to mask mandates, before jokingly comparing grievances against compulsory masking to those against wearing pants in public.

Gates’s comments were caught on tape and shared in social media.

We’ve reported on other things “expert on vaccines” Bill Gates shared these past few years like admitting that the vaccines didn’t work in stopping the transmission of COVID.

And if he ever starts donating, we might just agree with some of the  things he says.

I’m starting phase two of my return to the fight folks. I sure could use your help. -Dean