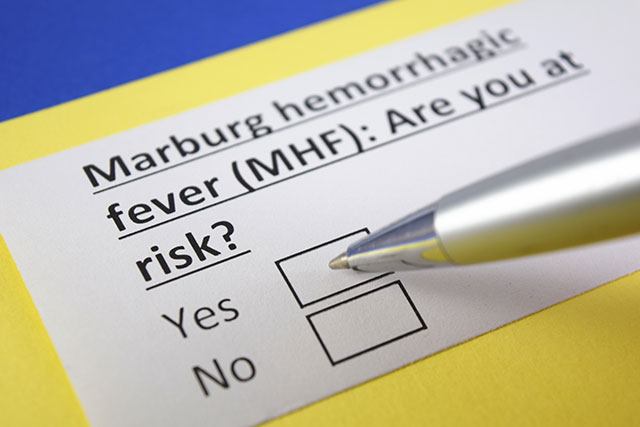 (Natural News) Evidence has emerged suggesting that Big Pharma may already be preparing for the next plandemic.

A biopharmaceutical company called Bio-Rad has reportedly developed antibodies that inhibit a drug called daratumumab from binding to receptors in the body and stopping infection with hemorrhagic fever.

As we reported, there is speculation that hemorrhagic fever may have been released during the recent Winter Olympics in Beijing. We also learned that daratumumab, a product of Johnson & Johnson (J&J), “easily treats” hemorrhagic fever.

Putting two and two together, it would appear as though Bio-Rad is planning to block the efficacy of daratumumab in people’s bodies. This would theoretically leave them prone to infection with hemorrhagic fever, assuming this is the next plandemic to hit the world.

Check out this recent announcement from Bio-Rad:

“Bio-Rad Laboratories, Inc. (NYSE: BIO and BIOb), a global leader of life science research and clinical diagnostic products, today announced the launch of a range of anti-daratumumab antibodies that are specific for daratumumab (Darzalex) and inhibit the binding of the drug to its target, CD38. These highly specific and high-affinity recombinant antibodies are suitable for bioanalysis and drug monitoring of daratumumab and its biosimilars.”

Explained differently, this announcement reveals that Bio-Rad has developed a range of anti-daratumumab antibodies that directly target the drug’s ability to bind within the body. And according to Dr. Li-Meng Yan, hemorrhagic fever is easily treatable with this drug.

“Much like how the smallpox vials being discovered in Philadelphia and the announcement of several large government purchases and developments of anti smallpox drugs came on the heels of Bill Gates warning about ‘weaponized smallpox,’” reports the American Partisan.

“Does this timing seem strange to anyone else?”

It was also revealed that Bio-Rad manufactures PCR testing kits for the Wuhan coronavirus (Covid-19). The company is already involved with and well-versed in plandemics, in other words.

“The timing of this seems very suspect indeed,” the Partisan further reports. “I would keep my eyes on the news to see if there are any reports of hemorrhagic fever in the several weeks following the close of the Olympics.”

Interestingly, the Wuhan Institute of Virology (WIV) in China also reportedly received samples of Xinjiang Hemorrhagic Fever Virus back in 2017 or 2018. This was “claimed verified,” apparently, suggesting that just like coronaviruses, the WIV is tampering with hemorrhagic fever to possibly create another bioweapon.

“We can’t forget the vaccine [that] it works as a Trojan horse to increase the bio weapon’s effectiveness,” wrote a reader at the Partisan. “It would have been a complete waste of trillions of dollars otherwise since it was ineffective on COVID. IMHO this is far from over and as the midterms tick closer, we will likely see some major crisis.”

Another expressed worry about the potential implications of another bioweapon release, especially hemorrhagic fever which is potentially far more deadly than the novel coronavirus.

“An altered virus that spreads like Sars-Cov-2 will be pure terror, the likes of which we haven’t experienced before,” this person wrote. “Johnson & Johnson switched production in a factory in The Netherlands from Covid-19 vaccines to a more profitable vaccine for an unnamed, unrelated virus. Are these pieces of information related? Time will tell.”

Yet another postulated that perhaps Bill Gates and Tony Fauci have some ownership or financial interest in Bio-Rad, hence the company’s many connections to the covid plandemic and whatever it is that is right now being cooked up in anticipation of a possible hemorrhagic fever plandemic.

More of the latest news about biowarfare can be found at Pandemic.news.