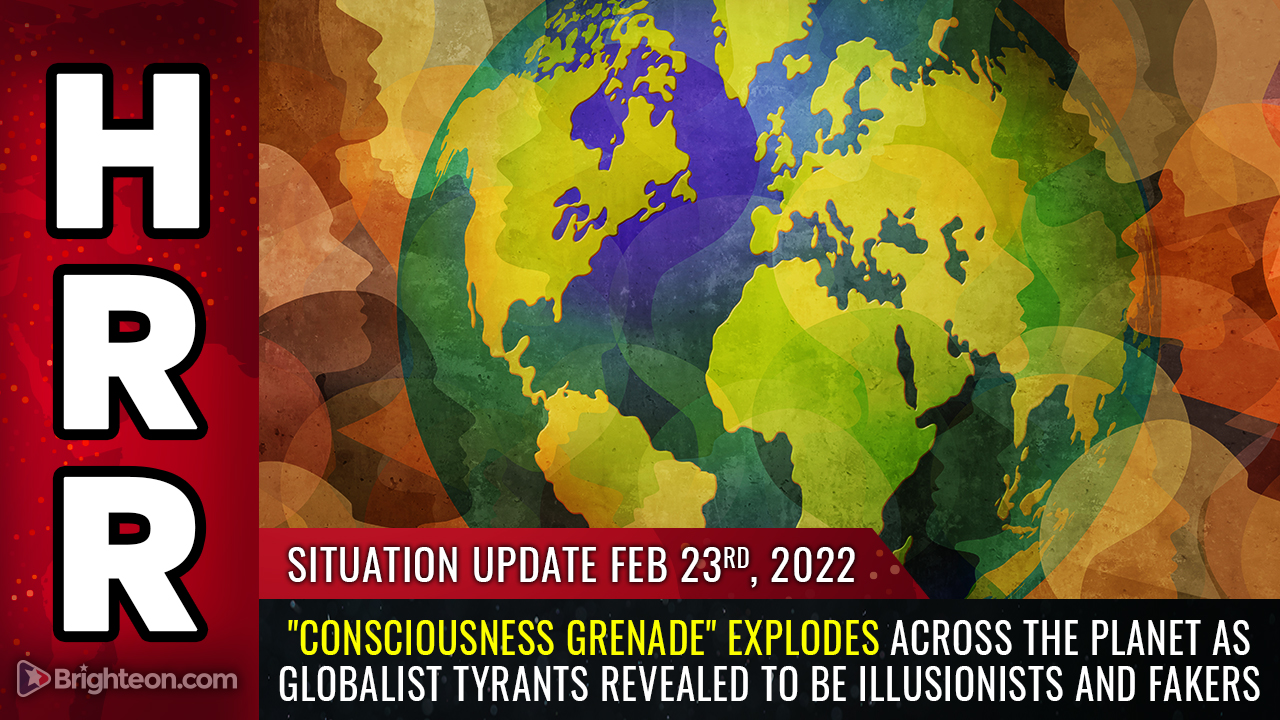 (Natural News) One of the most important realizations emerging from the fake Ottawa “police” (many of whom turned out to be UN troops with no legal authority whatsoever) is that the globalist cabal doesn’t have enough people to carry out their tyranny. They have to recruit mercenaries from other regions and pay them to brutalize the local people under tyrannical authoritarianism.

In a way, this is actually good news since it reveals how thin the globalists’ ranks are when it comes to finding minions who will carry out their nefarious plans to crush dissent and enslave humanity. It turns out that most people won’t go along with pure evil once they finally recognize it.

So the globalists are relying on tricks to project their asserted power via psychological terrorism and financial terrorism tactics, hoping to intimidate the masses through fear. Through these tricks, they are able to appear to be much larger and more powerful than they actually are. The weak-minded are easily fooled by these tricks, but the strong and courageous individuals in the world see right through it. They realize the tyrants are much like the Wizard of Oz, pulling levers behind a curtain and hoping they can project their illusions long enough to trick the masses into committing vaccine suicide. (The fake news media is a big part of this illusion projection effort, of course, and those who are gullible enough to believe the fake news will be intimidated into inaction.)

But thanks to the “consciousness grenade” that has now been unleashed across the world, people are waking up like never before. Even Canadians are getting red-pilled faster than we ever thought possible as the once-popular delusion of their “liberal, progressive democracy” has been shattered in mere days. Thanks to Justin Castro Trudeau and Chrystia Freeland the Nazi, Canada has become the North Korea of North America.

The people are far stronger than the globalists, and tyrants are terrified of the mass awakening taking place now

Global tyrants like Trudeau are terrified of the mass awakening that’s accelerating. The more coercion, violence and outright terrorism that governments unleash against their own citizens — such as Canada stealing bank funds from innocent, peaceful protesters — the more quickly the realization spreads that governments are now the terrorists of the world.

The most dangerous institution in the country in which you live is probably your own government. This is true whether you live in America, Canada, France, Germany, the UK, Australia, New Zealand and so on. They have all turned to terrorism and tyranny to try to crush dissent and achieve mass extermination milestones directed by depopulation globalists.

On the positive side, once the critical mass of awakening is achieved, the globalist cabal will be outnumbered 1000 to 1 by informed, courageous, pro-liberty citizens of the world who will dismantle the global prison planet grid and remove the tyrants from power.

Once that happens, amazing things will take place such as the release of suppressed technology that has kept humanity enslaved for centuries. (Free energy tech, for example, and advanced medical / healing technologies.)

The future of the human race is a future without centralized governments, fiat currencies, Big Pharma monopolies and corrupt government enforcers such as the FBI or RCMP. It’s a future of local, grassroots power combined with the decentralization of everything: Food, money, medicine, government, knowledge, tech and more.

We the People no longer need centralized governments to “rule” over us. They are obsolete. And they are dangerous to us all.

To try to trap humanity in chaos and despair, the globalists are right now planning on unleashing false flag cyber attacks against the US financial infrastructure, power grid and telecommunications systems. This was just confirmed earlier today by America’s top Homeland Security official, Mayorkas. He warned these attacks would come from Russia, but we know they are actually set to be unleashed by the black hat deep state actors, acting as domestic terrorists in order to crush America while blaming Russia for the emergency.

This is a time to be prepared for anything, but don’t lose sight of the fact that these acts of deep state desperation are signs of weakness, not strength. The global deep state cabal is going to be disassembled and eradicated from planet Earth. It’s just a question of how much death and suffering humanity will have to endure along the path to that outcome.