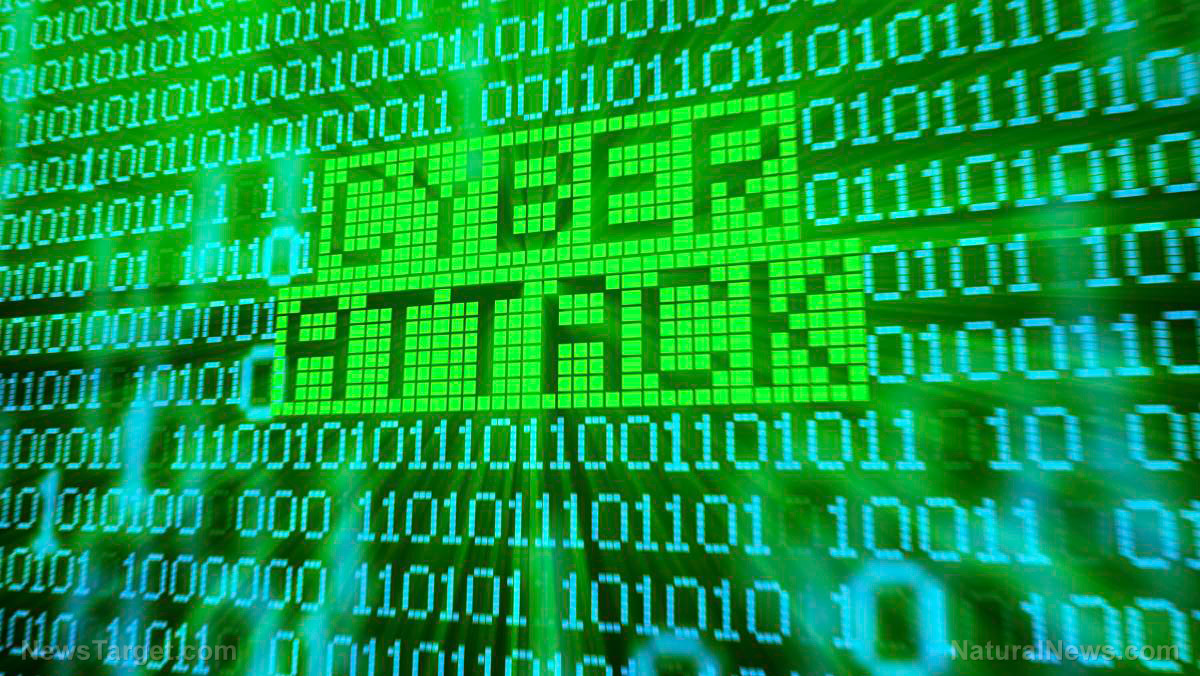 (Natural News) The United States war machine is drumming up fresh fears about an impending cyberattack that it is already blaming on Russia.

As the corporate-controlled media claims that Vladimir Putin is making his way into Eastern Ukraine, the Biden regime is imposing new sanctions on the country that the Resident-in-Chief is already using as a scapegoat to explain away soaring gas prices.

Biden claims that runaway inflation, which has been happening for the past year, is somehow Russia’s fault and that Americans can now expect to pay increasingly more for pretty much everything because of Putin.

China Joe claimed in a speech that the Federal Reserve’s corrupt monetary policies, which are being blamed on Putin, represent a necessary “sacrifice” that must be made in order to stand up to Russia.

In response to Biden’s sanctions, Russia issued a warning that there will now be a “painful” response. According to Latvian intelligence reports, this has already manifested as a nationwide cyberattack against Ukraine.

Some say, however, that the U.S. could soon be in the crosshairs of a cyberattack as well. Department of Homeland Security (DHS) Secretary Alejandro Mayorkas says Russia could invoke a crippling cyberattack on the “homeland,” though there are no specific threats that he is aware of, he says.

Even so, Americans need to be prepared, Mayorkas insists, for the takedown of the nation’s corrupt banks (how convenient…), power plants, and water treatment facilities.

The United States has a “responsibility to be prepared for potential cyberattacks,” Mayorkas stated in an announcement right as the world was being told to brace for a conflict between Russia and Ukraine.

In the past when attacks have occurred on American infrastructure, the corporate-controlled media and the government together have blamed Russia. Such attacks include the Colonial Pipeline fiasco, as well as random internet and communications blackouts.

Whenever something disruptive happens, Russia is typically the scapegoat, in other words.

In this case, should the U.S. interfere with whatever Russia plans to do over in Ukraine, it could result in blowback against American infrastructure, says cybersecurity expert Ian Marlow.

Satellites that operate GPS systems, for instance, or automated farming equipment could be taken down in an instant, he says. The same goes for other automated industries and even oil exploration.

New York Gov. Kathy “Karen” Hochul is also in agreement that Russia is already to blame for any cyberattacks that may or may not occur. She tweeted that New York City could be a target because of what it symbolizes.

NBC News is also beating the drums of war, with one of its correspondents having tweeted an article about an “urgent cyberattack threat” from Russia against the U.S.

As you may recall, the World Economic Forum (WEF) warned last year that a “cyber pandemic” would be the next thing to strike the world as it moves towards a “Great Reset.”

Founder Klaus Schwab, who infamously stated that by 2030 everyone will “own nothing and be happy,” has repeatedly offered clues about what the agenda is, and this latest alleged threat of a Russian cyberattack seems to fall right in line with the plan.

“Translation: The deep state is planning a ‘blackout’ to do some dirty work and they don’t want us to know it’s happening,” wrote one commenter at 100percentfedup.com about the situation.

More related news can be found at Propaganda.news.