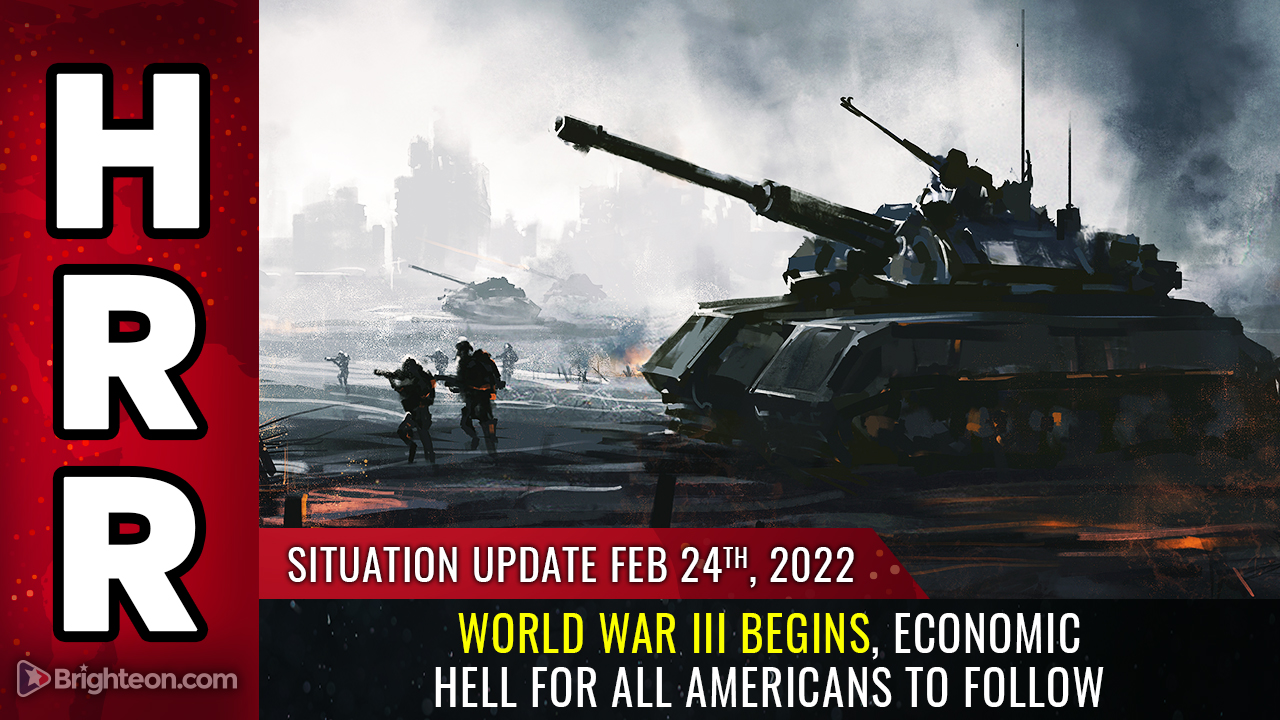 (Natural News) We are getting word directly from sources in Kiev that the Russian assault on Ukraine was carried out with “surprising” scale and coordination. Most Ukrainian citizens were taken completely by surprise, which is why many were not prepared with sufficient fuel to flee Kiev.

Putin’s forces invaded from 3 directions, with tanks rolling into Ukraine from Belarus on the North, followed by paratroopers and amphibious assaults on Odessa and Mariupol.

Ground forces moved in from Crimea to the south, and into the Donbass region on the southeast tip of Ukraine, bordering Russia.

US Sen. Marco Rubio describes the developments as follows:

It now appears likely that Putin is planning on occupying Kiev and toppling the current Ukrainian government, which Putin describes as a “Nazi” regime. It is noteworthy that the political leadership of Ukraine has been heavily “in bed” with the Clintons and the Bidens over the years, fully engaged in money laundering, bribery and corruption. Then again, that seems to be present in every nation, since nearly all governments of the world are evil and destructive. There is no innocent government, though there are many innocent civilians who want nothing to do with all this violence.

Sen. Rubio also tweeted, “#Russia’s airborne forces are attempting to take control of the airport in #Kyiv to they can fly in forces to occupy the capitol city.” This appears to be accurate from what we know so far.

Sources in Kiev tell us they have nowhere to run

From our sources in Kiev:

Here are some videos of events unfolding:

Full Situation Update podcast covering this and much more: