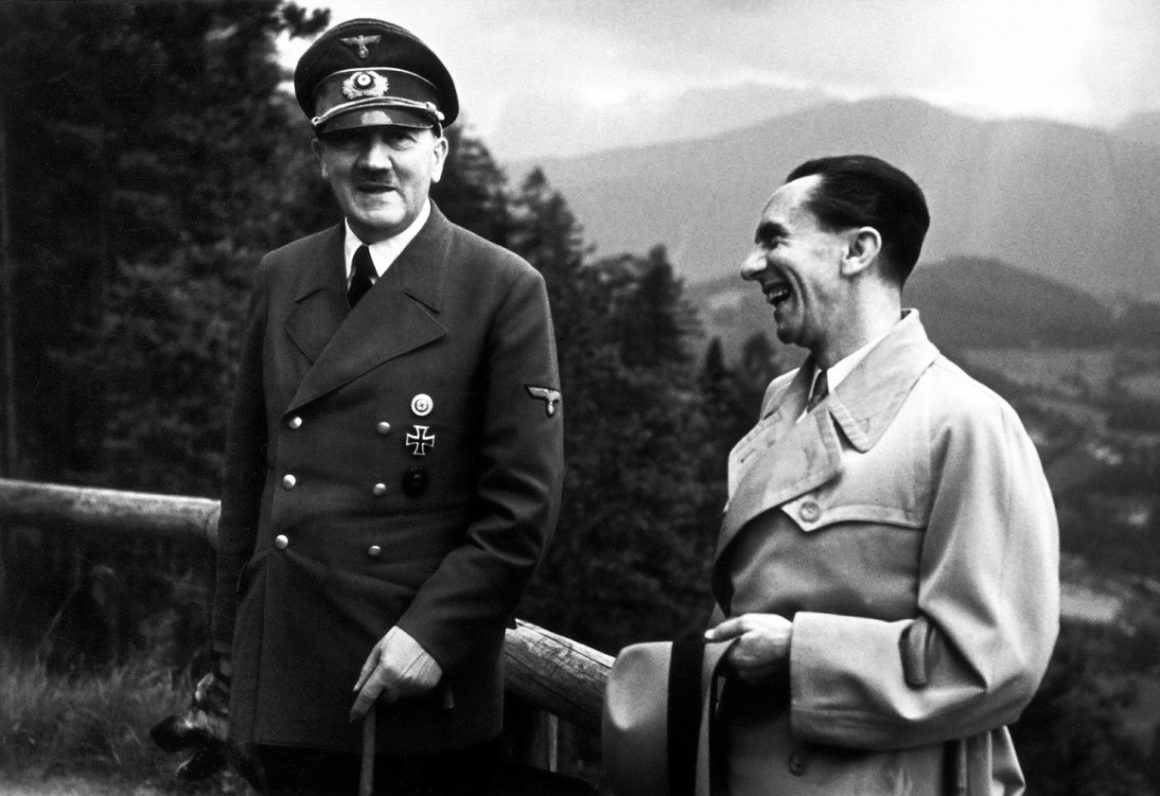 (Natural News) The tactics currently being deployed by Big Pharma and governments all around the world to “save lives” from the Wuhan coronavirus (Covid-19) are similar to those concocted by Adolph Hitler as part of his eugenics and depopulation programs.

According to the historical record, Hitler tried to legitimize his agenda by wrapping it in terms like “science” and “medicine,” which made it more palatable to the masses.

Much like Tony Fauci and Rochelle Walensky are doing today, Hitler created a pseudoscientific façade for his experiments that made it appear as though he was just trying to help make things better for society.

“Hitler was able to recruit more followers among reasonable Germans by claiming that science was on his side,” reports the History News Network. “While Hitler’s race hatred sprung from his own mind, the intellectual outlines of the eugenics Hitler adopted in 1924 were made in America.”

It turns out that the Carnegie Institution cultivated many of the ideas Hitler is credited with prior to his reign. During the 1920s, eugenics scientists at Carnegie formed key relationships with Germany’s fascist eugenicists, which is revealed in Hitler’s 1924 book Mein Kampf.

“There is today one state in which at least weak beginnings toward a better conception [of immigration] are noticeable,” Hitler wrote in Mein Kampf. “Of course, it is not our model German Republic, but the United States.”

Hitler was so proud of what he learned from the American eugenics movement that he told a fellow Nazi that he “studied with great interest the laws of several American states concerning prevention of reproduction by people whose progeny would, in all probability, be of no value or be injurious to the racial stock.”

There is evidence to suggest that the covid plandemic was designed to target certain bloodlines, including the “testing” component that we now know was actually done to harvest people’s DNA.

Hitler would probably be thrilled to know that governments around the world successfully disguised the global eugenics program known as “covid” as a “public health” operation. He would also probably love the “vaccine” component, which may also be selective in who it injures and kills.

During his heyday, Hitler wrote a fan letter to American eugenics leader Madison Grant calling his race-based eugenics book The Passing of the Great Race his “bible” – that is how devoted he was to rooting out the “undesirables” from society.

“Hitler’s struggle for a superior race would be a mad crusade for a Master Race,” History News Network explains. “Now, the American term ‘Nordic’ was freely exchanged with ‘Germanic’ or ‘Aryan.’ Race science, racial purity and racial dominance became the driving force behind Hitler’s Nazism. Nazi eugenics would ultimately dictate who would be persecuted in a Reich-dominated Europe, how people would live, and how they would die.”

“Nazi doctors would become the unseen generals in Hitler’s war against the Jews and other Europeans deemed inferior. Doctors would create the science, devise the eugenic formulas, and even hand-select the victims for sterilization, euthanasia and mass extermination.”

There is also now a two-tiered society: people who believe in and follow the plandemic and those who do not. There are even two-tiered places of employment where the jabbed are treated different than the non-jabbed – a eugenics dream come true.

None of Hitler’s eugenics and depopulation programs would have been possible without large cash infusions from “legacy” families like the Rockefellers, who by 1926 had already donated some $410,000 – today that would be worth around $4 million – to hundreds of German researchers.

One of the German Psychiatric Institute’s leading psychiatrists was none other than Ernst Rüdin, who became the director and later the architect of Hitler’s “systematic medical repression.”

Rüdin organized and led many medical experiments on Jews, Gypsies and other “undesirables.” As time went on, these eugenics programs would eventually extend to old people who were systematically killed in the name of science.

Many other horrific things occurred until after World War II had finished and eugenics was declared a crime against humanity and an act of genocide. Some of those who committed such atrocities were prosecuted, but many others were not.

Those who escaped justice would go on to start new projects elsewhere, including in the United States where eugenics programs occur all the time, often under the cover of “medicine.” The Human Genome Project, for instance, has made it possible for every human being to be biologically identified and classified based on traits and ancestry.

“Human genetics’ genocidal roots in eugenics were ignored by a victorious generation that refused to link itself to the crimes of Nazism and by succeeding generations that never knew the truth of the years leading up to war,” History News Network notes.

“Yet even now, some leading voices in the genetic world are calling for a cleansing of the unwanted among us, and even a master human species.”

More related news can be found at Genocide.news.